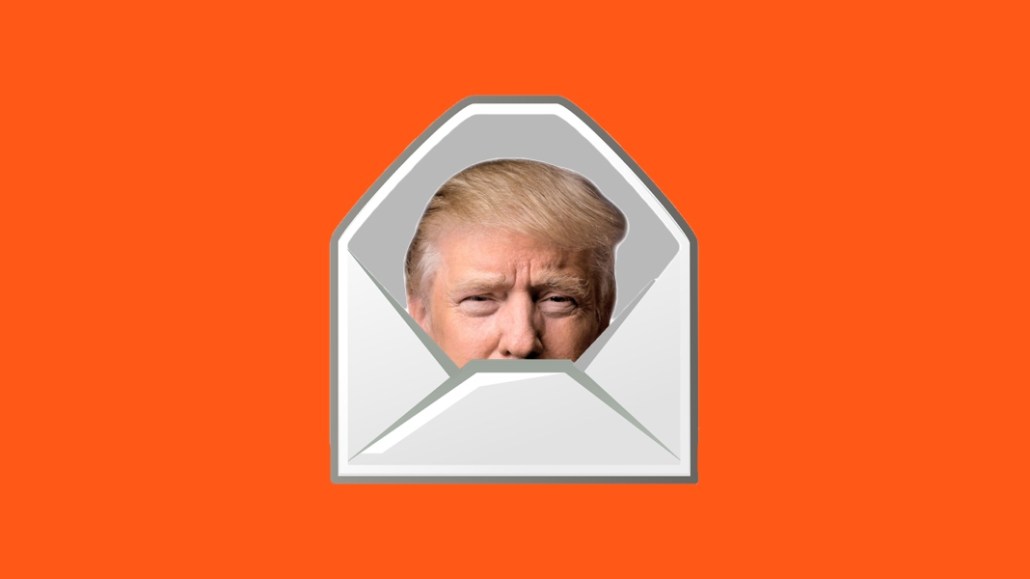 The Trump bump may have come and gone for ad-supported and subscription-focused publishers. But the Trump-specific editorial products that publishers launched after President Trump’s surprise electoral victory are hanging around, buoyed by user engagement, limited advertiser abandonment and their bare-bones operations.

In the weeks after Trump was elected, The New York Times, Mic, Inside and others created Trump-specific newsletters to capitalize on the fear and fascination over the 45th president.

Many of them flourished. Mic’s Trump-specific vertical, Navigating Trump’s America, grew from one newsletter into a standalone vertical on Mic’s site with full-time staffers. What The Fuck Just Happened Today, a side project created by a digital product manager named Matt Kiser, got to 1,600 paying subscribers, leading Kiser to quit his job at a tech company to work on it full time.

Some of the growth has died down. Navigating Trump’s America is one of the more successful verticals that Mic has launched in the past year and a half, with a 500 percent increase in subscriptions since launch. Its newsletter’s open rate, at 20 percent, is less than half of what it was at launch, and it has yet to secure an exclusive sponsor.

The Times wouldn’t say how many people subscribe to its newsletter, Trump’s Agenda, though Nicole Breskin, a product director at the Times, noted that subscribers to the Trump Agenda newsletter continue to rise in number and engagement rates have been consistent. Like all its newsletters, it monetizes Trump’s Agenda through LiveIntent.

Kiser, who attracted enough subscribers to support WTFJHT full time, has not yet amassed enough to pay for a part-time assistant, which would let him take a vacation this year.

Advertisers’ wariness of Trump has made it hard to monetize Trump-related content. The number of brands blacklisting Trump content has increased over 1,800 percent since January, according to Integral Ad Science.

Email newsletters haven’t been a big advertising draw anyway because they can’t be targeted down to the keyword, and the opt-in nature of email makes it likely that an audience won’t mind the Trump content. “The audience has worked its way down the funnel a little already,” said Bill Nolte, vp of publisher sales at the newsletter monetization platform PowerInbox.

But advertising isn’t the only revenue source these publishers have pursued. Inside Trump added a membership model in June, and about 1 percent of its subscribers now pay at least $10 per month for the coverage. Inside also offers a $25 per month tier, but the company would not break out how many subscribers are enrolled in each.

“It’s been a good experiment for us,” said Inside founder Jason Calacanis. Calacanis added that he plans to continue his Inside Trump newsletter even after Trump leaves the White House, under a new name, Inside POTUS.

Update: An earlier version of this story stated that Trump’s Agenda does not have advertising in it. Comments from Nicole Breskin have been added.