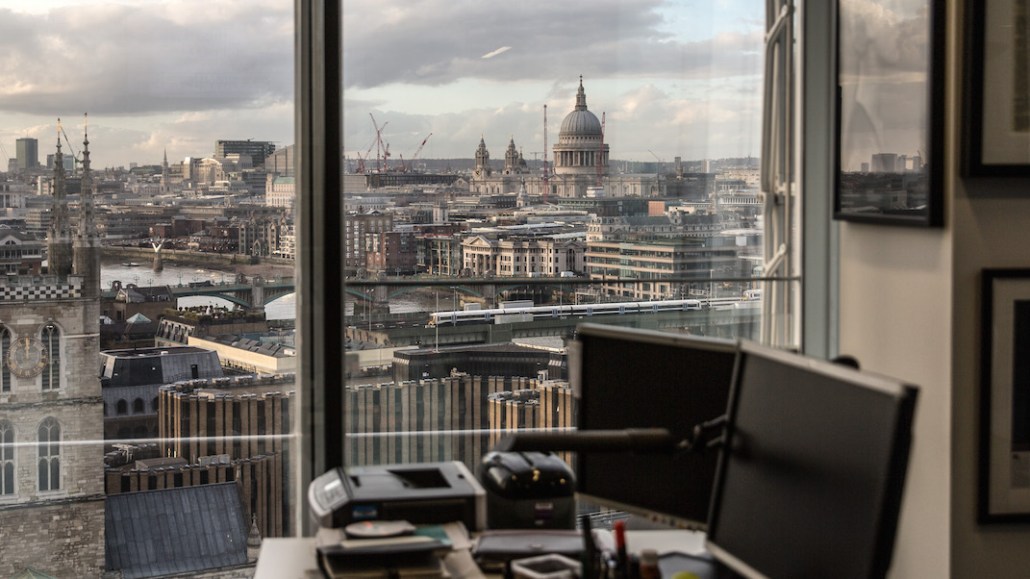 British newspaper The Times has seen subscriptions sales jump 200 percent in the last year, since it pivoted from publishing on a breaking-news cycle to a digital editions-based publishing strategy a year ago.

Subscriber churn is also at a record low, down 4 percentage points compared to the previous year, according to Catherine Newman, chief marketing officer at The Times and Sunday Times. Last summer, total print and digital paying subscribers rested at 413,600, according to the publisher. And in the first half of 2016, new paying-subscriber sales rose 200 percent compared to the first half of 2015.

That growth is partly thanks to a shake-up to the digital marketing processes as much as shifting its editorial approach. “The editions-based strategy fundamentally changed how we worked in the marketing team, with our focus now on the 9 a.m., 12 p.m. and 5 p.m. editions,” said Newman.

Having a different edition ready for three, set times helps the 10-person digital marketing team to structure their efforts. “What has been revolutionary for us and editorial is that in changing to the editions’ publishing strategy and moving away from rolling news, we now have appointments to view with our subscribers and registered users that we didn’t have previously,” she added.

The marketing team carefully plans its communications with existing and prospective subscribers by taking a more hands-on approach in the daily newsroom meeting, or “conference” as it’s referred to internally, than it did in previous years. Here editorial staff discuss with members of the marketing team what stories are coming up in the week and how they plan to treat them. Decisions will be made on what kind of content will work for driving free registrations, or subscriptions, and where existing subscribers should be re-engaged to ensure they’re returning to the site.

As much effort goes to increasing engagement with existing subscribers as it does to acquiring new ones, according to Newman. The Times has a call center open for subscribers who want to make contact about its coverage, and those calls are now often played in news meetings, so journalists can hear first-hand what readers want. For example on March 13, the day Scottish national party leader Nicola Sturgeon announced plans to hold a second independent referendum to separate Scotland from the U.K., the call center messages were replayed in the newsroom.

The publisher has figured out a formula for tracking that for every percentage improvement in a subscriber’s engagement with articles or general products from The Times, the churn reduces by a certain amount (she declined to specify how much for competitive reasons), and in turn the overall lifetime value of that subscriber increases, according to Newman.

“We’ve spent the last three years refining what an ideal customer life cycle looks like, and at what point we need to nudge people along,” she added. That could be things as simple as reminding someone they haven’t finished their crossword puzzle, which is one of the most popular parts of the paper. A message will be sent to that subscriber by email to inform them of the answers if they haven’t completed it. At other times, subscribers will receive prompts via email to exclusive articles they have missed or not engaged with yet. One of the most recent examples was for an exclusive interview with Denzel Washington.

The Times has had a hard paywall since 2010, but it often experiments with making content available for free. Last summer, it began free registrations and has been adding around 30,000 a week and is closing in on 600,000 free sign-ups. Readers that give their name and email address can access two articles for free, and this is helping widen its audience, according to Newman.

Stories like “What women really think about maternity leave (but won’t say),” which generated 100,000 unique visits, and “The Donald Trump interview transcript” have been top-10 drivers of free sign-ups. “In terms of best-performing articles for people registering, big news events obviously feature, but there is also a strong skew toward lifestyle content including finance, parenting and fitness and health,” said Newman. “Overall we are driving a younger and more female audience with content sampling than we see traditionally with straight to subscription,” she added.

Figuring out how to convert free registrations into paying subscribers is still a process that is in the early stage of development. “If someone comes in and reads one or two articles a week for free, we can still serve them ads so they’re still a good prospect. I may just need a little longer to make them as subscriber. But before, they would have come in on a trial offer and then churned. Now I’m able to develop a better relation with them, and expectations are managed on both sides. It’s more like a courtship,” added Newman.