‘There’s clarity around what you’ll make’: SmartNews is paying publishers to be on its platform 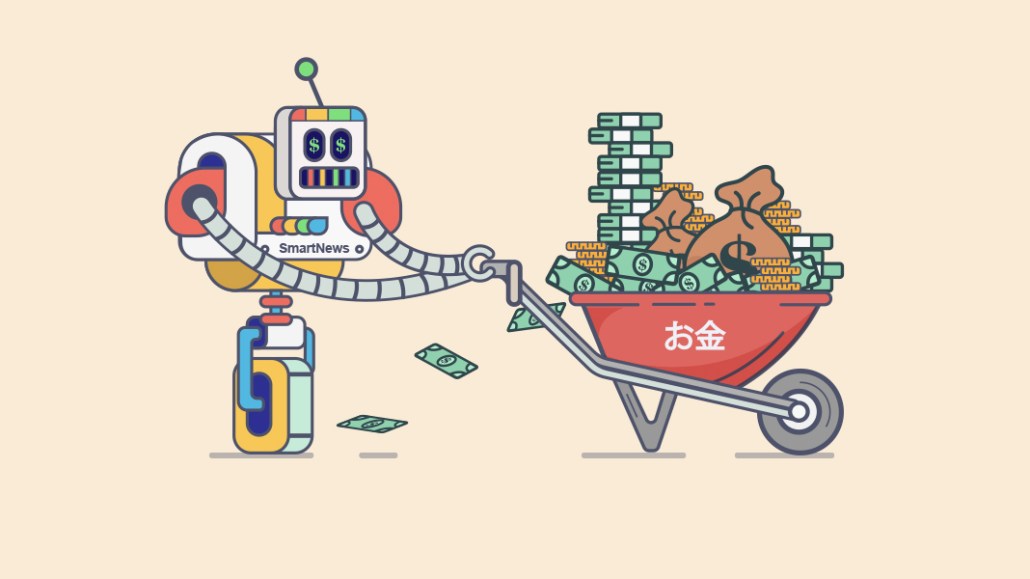 There’s a novel idea being embraced by platforms hungry for publisher content: Pay them.

SmartNews, a news aggregation app started in Japan, is the latest platform to cut checks to publishers. In the case of SmartNews, the payments are tied to publishers adapting their articles to a proprietary SmartNews format. In exchange, SmartNews is paying 30 U.S. publishers, ranging from BBC News to BuzzFeed to Billboard, with licensing fees based on how much of that publisher’s content is read in the app.

The program, which SmartNews calls SmartView First, has been open to new participants since September, after small tests that began in the second quarter of this year. Rather than offer publishers a cut of ad revenue, SmartNews offers tiered revenue payouts based on a publisher’s monthly page views within the app. The tiers vary from publisher to publisher, said Rich Jaroslovsky, SmartNews’s vp of content, but the payouts can be meaningful: annual payouts range from high five figures to over six figures, according to multiple sources participating in the program.

“There’s clarity around what you’ll make,” said a source at one participating publisher. “I think publishers like seeing that. It helped us pull the trigger.”

The prospect of publishers getting paid for content seems to be in the air a bit recently. On Friday, Facebook will unveil Facebook News, a product that will pay one-quarter of its participants up to $3 million a year to feature their content in a news-only section of Facebook. Snapchat is also having conversations with publisher partners about building a kind of news-only section of its app, that it would pay publishers for. Earlier this spring, Apple launched Apple News+, a subscription product built around magazine publishers’ content that pays 50% of its revenues to publishers based on reader consumption.

The licensing fees aren’t the only source of revenue publishers can earn from SmartNews. Participants are also allowed to sell display ads against their content and keep 100% of the revenue. Jaroslovsky said he encourages publishers to use that display inventory the way that publishers are increasingly using their display inventory inside Apple News: To promote newsletters, for example, or podcasts.

“A lot of publishers have their own funnels they’d like to fill,” Jaroslovsky said. “I find myself encouraging them, [saying], ‘If the revenue from that ad is not critical to you, use it for something else.’”

When SmartNews originally launched in Japan five years ago, one of its key features was something called Smart view, a fast-loading preview of publisher articles designed for people using the app in places with limited bandwidth, such as subway cars. Users could choose to read content either in smart mode, which strips out almost everything besides text — including ads — or read the publisher’s mobile web version of the story. Publishers are able to sell ads that appear in the smart previews of their stories; otherwise, SmartNews sells the inventory programmatically.

Not everybody has reacted warmly to the program. A source at one publisher not using SmartView First said participating would be condoning a practice that they saw as problematic.

“I’d argue that they’ve already been hosting our content, in some ways even ripping off the content, already,” said an executive at one publisher that is not participating. “We look at it as blessing what we see as a shady business practice.”

SmartNews drives a small chunk of the internet’s overall referral traffic. It was responsible for 0.6% of the referral traffic measured this past month across Parsely’s network, ahead of Yahoo News (0.5%) and LinkedIn (0.3%), but behind Flipboard (1.4%). SmartNews claims it has been downloaded more than 50 million times, and the app reliably sits among the top five news apps in the Google Play store, hovering among the top 15 in Apple’s App Store. Last month, SmartNews claimed it had a global monthly active user base of 20 million. One SmartView First participant reported seeing 5%-10% audience growth, month over month, in SmartNews.

SmartNews allows publishers to put audience measurement pixels, including Google Analytics and Comscore, on their SmartView First pages, which means that the audience can be counted, though the sources contacted for this story say that revenue they earn from the deal will come from the licensing, rather than any mobile ad inventory deals.

“I feel like their long-term strategy is moving publishers natively to their app,” said a source at one publisher now using SmartView First. “And the ones that don’t will get deprioritized.”

Jaroslovsky said that the SmartNews algorithm does not directly privilege SmartView First content, it does prioritize content that people engage with more and longer, two things that the proprietary format helps with.

While fewer than 10% of the 370 U.S. publishers distributing their content through SmartNews are signed up for SmartView First, Jaroslovsky said he hopes to grow the program responsibly.

“We are very focused on building the SmartView First program in a sustainable way,” he said. “We’ve seen some competitors or would-be competitors come in, toss around a lot of money in a short period of time, and then vanish. Others have sought to build their own businesses at the expense of, rather than in partnership with, publishers. Neither makes sense to us. Our goal is to build a program where everyone’s interests — users, publishers, and SmartNews’ — are respected, and incentives are aligned.”

https://digiday.com/?p=350621
Most Read
Trending in Beyond Ads
Digiday Top Stories