‘Talent-first company’: How Overtime is positioning itself as a content partner for college athletes’ NIL deals 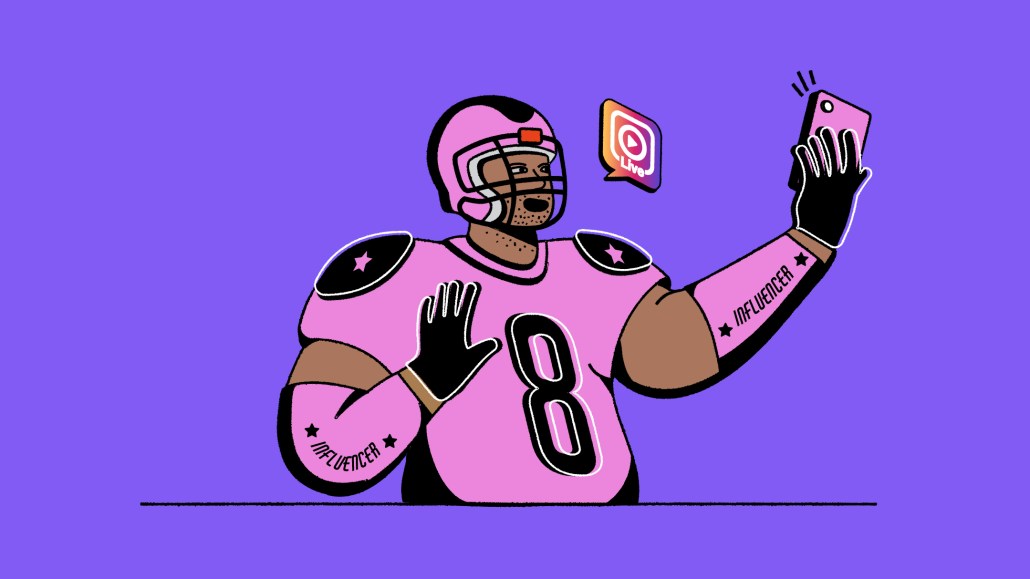 Overtime is finally able to fill an age gap in the pool of talent it’s able to pay to feature in its video series and digital content — college athletes.

As of last month, the NCAA started allowing college athletes to make money from endorsement deals related to their name, image and likeness (NIL) while maintaining their eligibility to play their sport, something that has not been allowed for decades. Overtime is one of many sports publishers that are excitedly jumping at the opportunity to feature this cohort of athletes within its content and sell its brand partners on access to talent they’ve never had before.

NIL deals fall right into Overtime’s sweet spot as they treat the athletes like influencers and rely on who the person is rather than the number of points they earned in a game, said CEO Dan Porter.

“We have always been a talent-first company. People don’t come to Overtime for the score of the game or find out that somebody got traded. They come to follow and see the stories of high school, college, professional athletes, our [in-house] talents, and everything else like that,” Porter said.

Overtime’s approach is to make connections directly with the athletes but unlike an agency, the company is not trying to represent a large cohort of college athletes and get as many endorsement deals for each of them as it possibly can. For example, Porter said that Overtime will not represent an athlete for an appearance with a local pizzeria in their college town or posting single photo #ad on Instagram.

Instead, Overtime will be a content partner to college athletes. This week, the publisher launched a new College Athlete Creator Studio that will use its video production operation and in-house creative staff to create new shows, podcasts, and merchandise with both male and female college athletes. That content will then be distributed across its owned and operated platforms to an audience of more than 35 million monthly unique viewers — something these individuals on their own do not have access to.

Each project being made in the creator studio will be based on the student athletes’ skills, interests and their personalities and will not be a part of existing shows or series by Overtime, he added. Once the athlete is signed on and the plan is in place for what the content will look like, Overtime’s sales team will start selling the projects to advertisers.

The athletes themselves will earn a standard talent fee, according to Porter, that is based on a number of variables including the athletes’ existing popularity and social following, how much the company is expected to make from potential brand partners, and the reach once the content is distributed. He would not disclose what Overtime has paid for talent fees in past partnerships with professional and high school athletes, but all of these factors can lead to giant discrepancies in what this cohort of talent could potentially be paid.

For example, Team Whistle, another digital sports media company that just recently started working with college athletes, will pay its talent anywhere between $10,000 and $150,000 for video appearances.

And beyond that, Porter said there are opportunities for college athletes to earn money on top of the talent fees, including merchandising deals and creating longer term relationships with brand partners that lead to deals down the road that circumvent Overtime altogether.

Porter said he expects the Creator Studio to be a multi-million dollar line of revenue, however, the timeline for how long that will take is still questionable and dependent on brands’ willingness to work with this cohort for the first time. In the meantime, the company is investing $1 million into getting the first batch of projects with college athletes off the ground and has made hires to its internal talent management team in order to focus on this new talent demographic.

“It ​​has tremendous upside, [but] I think some of it is going to depend on how quickly the various brands step up and help empower the athletes. If they take a wait and see model, then it’ll grow more slowly,” he said. Existing advertising partners are already expressing interest, Porter added, but at the end of the day, “they want to know that it’s kosher.”

Overtime has expressed interest in this age group of athletes in the past, however the strict rules on how the publisher could work with this cohort of players aged 16 to 22 stagnated that interest. One of the ways in which Overtime tried to bypass the NCAA’s rules was creating its own league of professional high school aged basketball players that gives unbridled access to both the game coverage and the athletes’ personalities for a slew of new content.

“What’s so exciting about it is essentially there’s a new group of talent that is now on the market,” said Gabe Gordon, co-founder and managing partner of Reach Agency. “I would liken this akin to social influencers 10 to 15 years ago that had reached a certain level of scale and were an alternative to traditional celebrities or traditional sports athletes.”

The age range of customers that a college student can potentially sway the purchase decisions of could be problematic, however, Gordon said. And therefore, the more creative the content and the more it represents the individuals that are working with the publisher, the more likely it will be that advertisers will see the results they want.

“I do think that these athletes are great to appealing to very lucrative consumer groups like Gen Z. But outside of their age group it has to be more specific to where they can really provide value,” which does back to the focus on personality and passions of the athletes, versus their talents on the court or on the field, Gordon said.

https://digiday.com/?p=422632
Most Read
Trending in Beyond Ads
Digiday Top Stories