How Spotify trains its sales team to sell programmatic 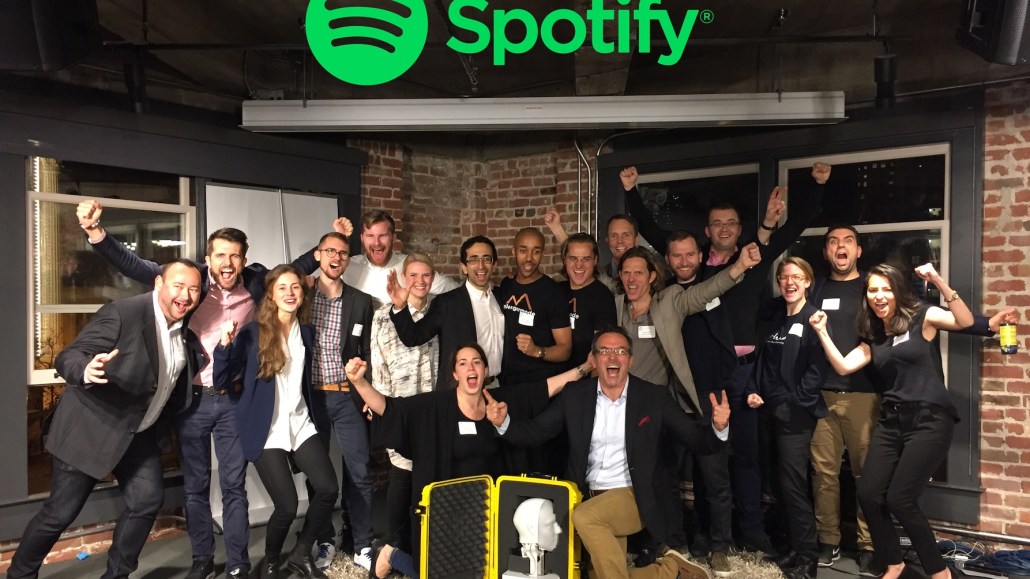 Spotify wants to turn your listening habits into ad dollars. The music streaming platform now has full-fledged programmatic ad offerings, from display to video to most recently, audio.

But to master the fast-changing and complex language of programmatic, Spotify’s 350-person global sales team has had to sharpen its technology skills through internal and external training.

“We want to educate them about programmatic and incentivize them to sell private marketplaces,” Les Hollander, global head of digital audio monetization for Spotify, said after his presentation at the IAB Programmatic Symposium in New York City on Wednesday.

Spotify’s internal training team, called Greenhouse, provides programmatic workshops every Tuesday. This week’s training was a refresher on how to integrate third-party data into programmatic deals and how a brand can serve targeted programmatic video ads on Spotify.

“’Training Tuesday’ keeps our direct sales teams up to date on new capabilities,” said Hollander. “Our programmatic experts are charged with working across directs sales with industry updates both internally and externally.”

Spotify also hosts trainings sessions with demand-side platform The Trade Desk on the landscape of programmatic display, video and audio.

While programmatic is a growing business for Spotify, it doesn’t compete with direct sales — everyone sells everything and gets compensated based on the same formula, no matter how the deal comes in, to account for the fact that a salesperson who specializes in entertainment and fast-food industries typically lands more programmatic deals than one who is focused on telecommunications, for instance, according to Hollander.

But Spotify does have programmatic specialists who are not responsible for direct sales but work alongside individual sellers, Hollander added. For instance, when a Spotify sales person discusses with media agency OMD on programmatic campaigns for JCPenney, a programmatic specialist will coordinate with all of them as well as The Trade Desk and the trading desk at OMD.

But as brands’ demand for programmatic increases, the Spotify sales team has to keep up with advertisers’ different reporting requirements. Some want ad reports based on gender, age and geography, while others need reports by devices and mobile phone carriers, for instance.

Programmatic audio will be a big focus for Spotify going forward because the traditional process of buying audio ads is manual, which makes it harder to adapt to programmatic.

“Right now, we are running programmatic only on mobile and desktop, but think about all the different consumer electronic devices: People listen on Sonos, Roku, Google Home and Amazon Alexa, etc.,” said Hollander. “We will reach them all on those devices programmatically.”