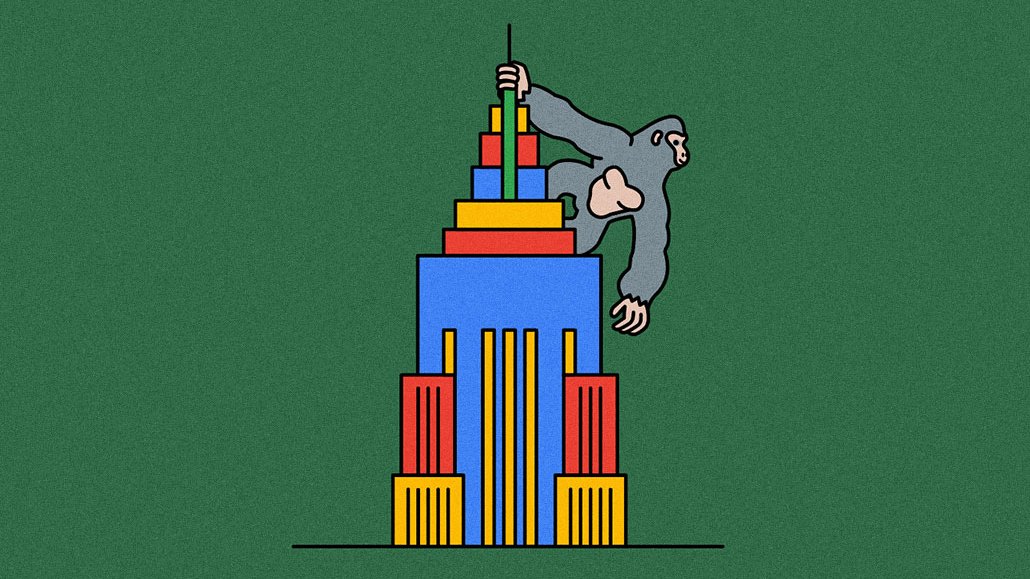 As always, Google can cause chaos for publishers depending on the digital behemoth’s whims.

This autumn was a whirlwind for publishers as Google released not one but three algorithm changes over the course of a month that affected content rankings, specifically of product reviews. It’s another example of how the tech giant can cause disruption for publishers that have built businesses around trying to take advantage of its algorithm to reach people.

“Google is really nailing us,” said a media exec candidly in exchange for anonymity at the Digiday Publishing Summit last month.

Google claimed the algorithm changes were intended to prioritize search results considered the most helpful to internet goers, or content that’s “written by people, for people.” This means articles with expert insights, as well as original photography and original content descriptions (not regurgitated from the manufacturer’s website), will be ranked higher in search results. A Google spokesperson did not immediately return a request for comment on the record.

Already facing a number of challenges in the commerce revenue department, several publishers like 360 Reviews and Hunker have expressed that they’re still trying to fully unpack to what extent these algorithm changes have impacted their search traffic and how to accommodate Google’s latest content guidelines in their edit strategies. Meanwhile, other publishers, like CNET, said their businesses experienced no ill effects from these rollouts, in part because their editorial approach to commerce content already follows Google’s guidelines.

“It’s been a choppy 90 days in some of our product categories but in others, it’s been totally flat. We’re not too far off from where we were 90 days ago,” said Amro Naddy, vp and general manager at U.S. News & World Report’s 360 Reviews, during a panel at StackCommerce’s Activate event earlier this week. He did not disclose which categories were impacted, but jokingly added, “I burned some extra candles on my altar last night and prayed to the oracle to save us.”

CNET has focused on expert insights and original photography that shows the products have been reviewed by experts — the secret sauce for keeping its content ranked high through the updates, said Lindsey Turrentine, evp of content and audience at CNET.

One new reviewer in the television category was trained for nine months to learn about all the criteria considered when reviewing a TV and how to effectively assess this technology under executive editor David Katzmaier. While this isn’t something that Google can see or take into consideration in the rankings, Turrentine said that eventually Google will register “that the same name shows up against the content over a long period of time and that the quality of the content itself is very high” bodes in the publication’s favor when it comes to ranking that author’s content more positively.

It’s unclear the impact the changes have had on Leaf Group’s Hunker, but featuring snippets and video in traditional commerce articles have caused a drop in rankings, said svp and general manager Eve Epstein.

The media brand, like other publishers, is also focused on creating original content. Much of its holiday shopping content will be created in the brand’s Hunker House showroom and event space, which is on occasion transformed into a production studio, Epstein said.

What’s one to do?

“You need to be able to absorb a 10 [to] 25% fluctuation [in search traffic] pre- and post- an algorithm change,” said Naddy, who did not share what these figures have looked like at U.S. News & World Report. There, internal SEO experts are explaining what these changes could mean to the commerce team, though Naddy was sheepish to say more about how his team was modifying its strategy to appeal to Google’s new standards.

This isn’t the first time Google targeted product reviews on its platform. The latest batch of algorithm updates comes a little over a year after an April 2021 product reviews update, which favored content that compared products to one another as well as content that expressed expert knowledge.

The change was welcome at the time by one publishing exec from company with a large commerce operation, who spoke anonymously to Digiday last year. They added that they were hopeful it would clear out some of the “shitty” commerce content from the top SEO rankings because a lot of it was starting to feel “very pay for play.”

“There’s definitely been a big flurry of updates. Our SEO team has been quite busy,” said Turrentine, who oversees a team that does exactly what Naddy was suggesting.

Once a Google algorithm update is live, Turrentine said an executive summary is created by the SEO team, which then spends a week or two fully understanding the update and noting which pieces of content or subject matters have been impacted. From there, recommendations are made by the SEO team to the edit team regarding headlines, keywords and format, if necessary.

“We follow Google’s guidelines as they provide them, to the extent that they do, which is not very much,” said Turrentine, but despite the lack of insight from Google, CNET avoided taking a rankings hit this time around. “If we saw any change, it was really centered around that [Sept. 12] core [algorithm] update [and] it was a positive change for us.”

A a diversified approach to content distribution is critical, Jessica Spira, vp of commerce at Hearst Digital Newspapers, said during the StackCommerce Activate event. To avoid getting slammed by algorithm changes, she works with websites to understand where brands can create direct relationships with users that are off platforms, including commerce-focused newsletters and boosting commerce content on the sites’ homepages.

Spira, who only recently joined Hearst in the same week as the Activate event, only spoke at a high level about strategies for avoiding a reliance on Google traffic.

“While Google traffic is so performative and so successful in terms of converting users into actual purchasers, you are dependent on that algorithm, and you are like an algorithm change away from missing your quarter and it’s a bloodbath,” Spira said.