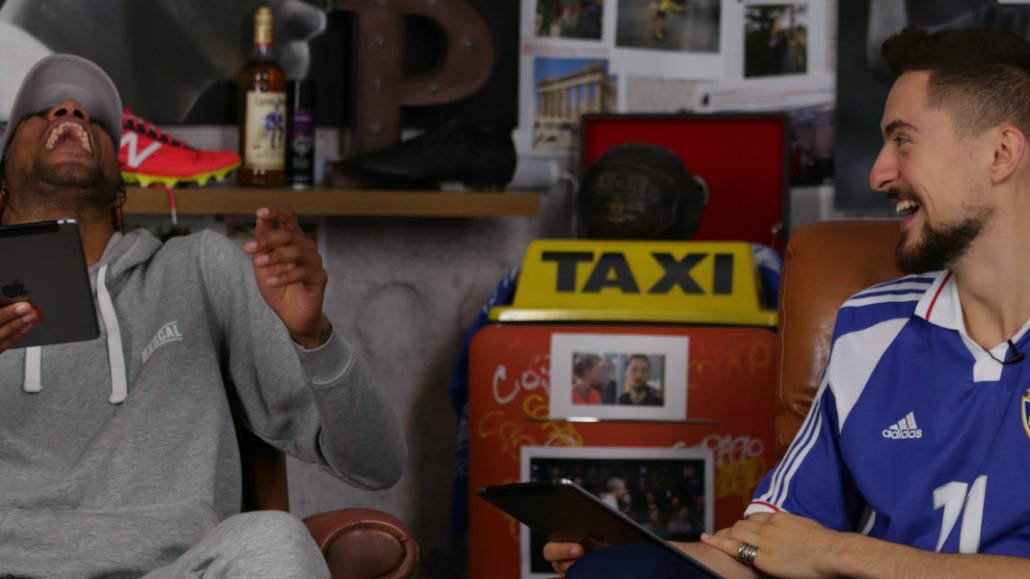 U.K.-based soccer publisher Copa90 is ready to take on the U.S. as interest in soccer grows in the country, with an assist from Turner.

Last month, Turner’s international arm led a new round of funding in Copa90 parent Bigballs Media, with expansion into international markets — and especially the U.S. — a major reason cited for the investment. Today, roughly 20 percent of Copa90’s total audience — which includes 14 million followers and 76 million monthly video views across Facebook, YouTube, Snapchat and Instagram — is in the U.S.

“When you have 50,000 people attending MLS games in Atlanta — which is a brand new soccer city — we know that our time is now to expand,” said Tom Thirlwall, CEO of Bigballs Media. “What we’re interested in is the soccer culture and what sits beyond the pitch and 90 minutes of gameplay.”

Copa90’s plans kick off with a new content initiative led by two in-house video personalities, Poet & Vuj, who will travel the country shooting videos from locations such as New York, Miami, Orlando and Los Angeles. Content will include new, U.S.-centric versions of existing Copa90 shows such as “FIFA and Chill” —  in which the hosts and celebrity guests play the titular EA sports title, “Five-Shot Challenge”– and “Comments Below,” a weekly program covering the latest soccer news.

Aiming for broad appeal, Copa90 content won’t be restricted to featuring soccer fans and players: the publisher will also feature NBA players, hip-hop stars and other celebrities that are part of the broader youth, sports and entertainment culture in the U.S. “There are adjacent cultural touchpoints — soccer players are really into hip hop, for example — and we want to explore these big commonalities,” Thirlwall said.

In the U.S., Copa90 will take advantage of the distribution reach offered by Turner’s CNN and Bleacher Report. This includes sites and apps owned by both companies, such as Bleacher Report’s popular Team Stream app, as well as their respective social channels.

Since the Turner investment was announced, Copa90 has already collaborated with both CNN and Bleacher Report. For instance, Copa90 recently produced a 13-minute documentary about Russian soccer fans’ anticipation of the upcoming World Cup. CNN featured the film by promoting it during a TV segment on the Russia World Cup while having Copa90 creative director Lawrence Tallis on as a guest expert. With Bleacher Report, Copa90 struck a deal with Pepsi to create 150 pieces of social content for the UEFA Champions League. (Copa90 and Bleacher Report are longtime partners, co-producing a weekly soccer show for Bleacher Report’s international Snapchat Discover channel.)

With Turner reportedly spending $60 million a year to broadcast the annual Champions League tournament through 2021, Copa90 will be part of the company’s plans to create social, digital and branded content surrounding the tournament.

“All of this is building toward the opportunity to grow our brand of soccer content and telling the stories of the teams, players, cities and fan groups in a way that doesn’t exist in American media today,” said Marc Horine, gm of the Americas for Copa90.

To prep for its U.S. expansion, Copa90 has almost doubled the number of employees it has in the country to 25. This includes the company’s first two U.S. sales execs in New York and LA. Copa90 plans to grow to 50 full-time U.S. employees in the next 12 to 18 months, Thirlwall said. This group is led by Horine, who joined the company four months ago after a decade at ESPN.

“A lot of media companies have a lot of mouths to feed,” Horine said. “All we do is soccer — we are focused on that one thing — and American represents the biggest growth opportunity for this company.”