How Snaphat Discover’s only Norwegian publisher uses the platform 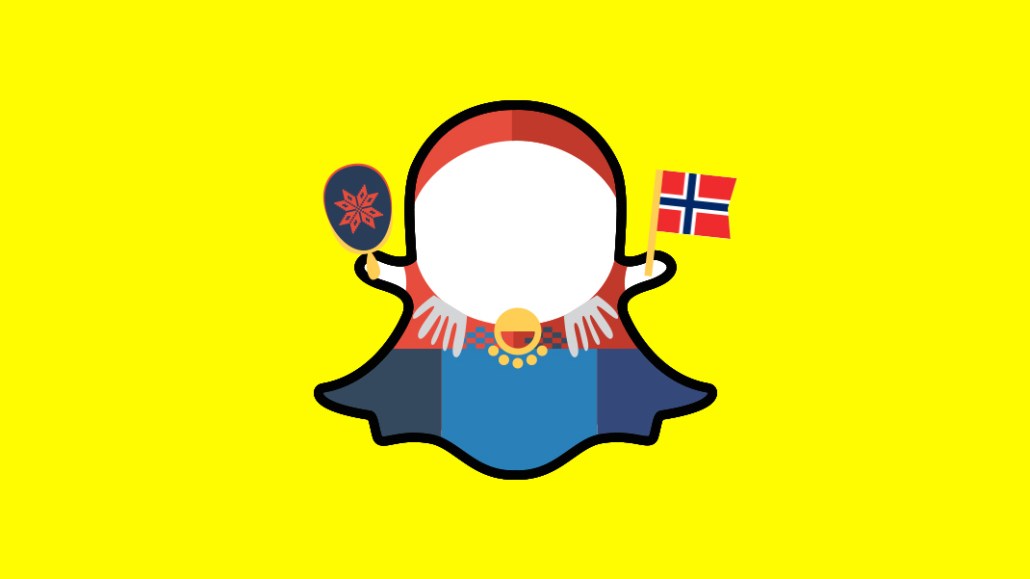 Verdens Gang, Norway’s most-read online news publisher, according to Reuters’ Digital News Report, already reaches over half of the country’s population of 5 million. Since launching on Snapchat Discover in January, the publisher has connected with the platform’s much-coveted younger audience.

VG has a team of six dedicated to creating the Snapchat daily editions, which go out at 7 a.m. local time and cover sports, entertainment, celebrities and news. While many English-language partners jostle for space on Discover, VG’s clear differentiator is its local coverage.

“We try and use raw material from VG and adapt it to the platform and the audience in a way that will engage them,” said Mathias Jørgensen, head of Snapchat editorial. “We were surprised; it’s not all black and white — we see younger people do care about the larger issues like education, the climate and not just entertainment.”

Examples of snaps include coverage of rural students celebrating “russ-time” (a Norwegian graduation tradition) and footage of three young people discussing how believable they find Sana, a Muslim character in teen drama “Skam,” plus content shot from the day following the Swedish terror attack in April.

VG keeps the first five snaps in a daily edition short so readers don’t need to swipe to see or read more, with longer-form content toward the end. If it’s using content from a story that’s already published on VG.no, it asks people quoted in the story to send in 10-second videos of them reading their comments to incorporate into the edition, an efficient way of sourcing content that feels native to Snapchat.

VG values completion rate more than the number of screen shots of shareable content. During the week, users tend to come to its Discover to view the first snap, which features the most important story, and then depart. On the weekend, the edition follows one narrative story, rather than separate ones. One successful piece was an edition about the “bunad,” the traditional Norwegian costume. Another covered a high-profile unsolved murder from the 1980s. Because of their narrative nature, the completion rate for editions is higher on the weekend, although VG couldn’t share by how much.

“Unfortunately, we can’t share as much data as we would like to,” said Thomas Manus Hønningstad, vp of strategy VG, “but the figures are much higher than Snap anticipated. We are very content with the uptake and usage so far.” Whether this engagement translates to users coming back to VG’s own platform remains to be seen.

VG sells Snap ads on its Discover platform (the self-serve option isn’t yet available in Norway). At launch, advertisers included local brands DNB, Tine and Bama. VG offered, for a fee, to format ad creative for the platform. With scarce inventory, the demand has been high, and within two weeks of launch, VG sold out of ad space for the following three months.

“It’s still an investment,” said Manus Hønningstad, “but there is a business model, so there’s a positive foresight. The importance going forward will be whether it can make more money and how successful we are in using the insight and learning to evolve the storytelling and user experience on our own platforms.”

Snapchat is popular in Norway: 56 percent of Norwegians use Snapchat; of that group, 68 percent use it daily, according to research from Ipsos. Discover launched with VG as the only local partner, although Norwegian users can also access international Discover editions from companies like Vice, BuzzFeed and MTV. In Europe, Discover has a local presence in the U.K., France and Germany.

https://digiday.com/?p=240128
Most Read
Trending in Publishing in the Platform Era
Digiday Top Stories