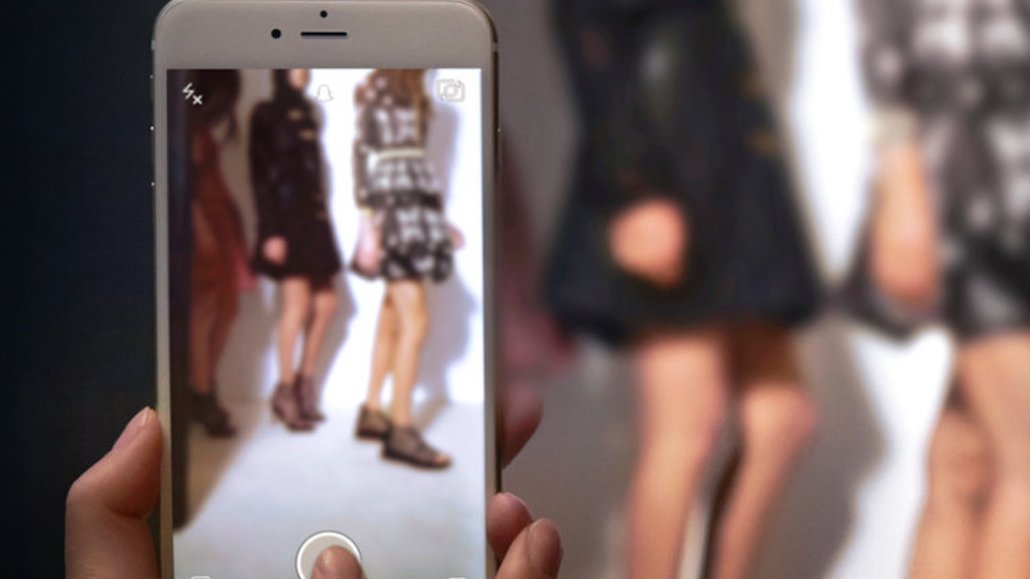 Snapchat’s days in the fashion industry seem to be numbered. As Instagram continues to co-opt and improve its premiere features, many of the brands who were experimenting on the platform — including Everlane and Cole Haan — have either scaled back their usage or stopped it altogether.

Fixing this does not appear to be a high priority for Snapchat. While Instagram has Eva Chen dedicated to ensuring fashion’s top brands and influencers are consistently using the platform and its latest features, the Snapchat team has no comparable position. Instead, that’s left to Rachel Racusen, Snapchat’s head of communications, who handles such relationships across categories.

“With Instagram replicating most of Snapchat’s capabilities, there’s no reason for fashion and beauty brands to maintain an actual account on the platform anymore,” said Kitty Tsang, a digital strategist at the agency Ready Set Rocket. “A brand’s owned audience on Snapchat is likely to be much smaller than it is on Instagram.”

Indeed, the number of people using Stories alone — 250 million per day — has already surpassed those on Snapchat, which attracts 161 million per day. And since Instagram launched Stories last August, Snapchat’s growth has slowed a whopping 82 percent.

“Stories is allowing users to give more access to their already existing audience,” said Gil Eyal, the CEO and co-founder of the influencer marketing platform HYPR. It’s an audience they’ve likely been building for longer and can now communicate with in multiple ways, from one outlet. “That’s where Snapchat’s real battle is,” he said.

Rent the Runway, for example, continues to use Snapchat for its two customer service–focused series, Virtual Try-On and Office Hours. In these series, similarly-sized customer experience associates try products on for shoppers and answer their frequently asked questions, respectively. However, they’ve been fielding similar requests on Instagram, too — which is where the bulk of their social output takes place.

“Our Instagram Stories strategy is about providing exclusive or behind-the-scenes access, brand advocate takeovers, and promotional highlights for new product offerings or special deals,” said Alyssa Bronander, the company’s head of social. All of these endeavors could technically be done on Snapchat, but the payoff on Instagram is more apparent.

For Rent the Runway, like many retailers, the ability to track traffic from Instagram’s swipe-up function (which can direct users to any off-platform website) to its e-commerce site — where any subsequent purchases are also accounted for — is significant. “It’s super compelling from a marketing standpoint,” said Bronander. “We can see more information around customer behavior once they leave the social platform than with Snapchat, where the analytics available are more about in-platform activity.”

Available Snapchat analytics are rudimentary, allowing users to track only the simplest of measures, like how many people viewed their stories and for how long. What’s more, you still can’t link out from the platform, forcing brands to include non-hyperlinked addresses for users to screenshot and then type into their web browser (which may be a few steps too many for most consumers).

“Facebook’s made a real commitment to adding analytics and data for brands,” said Eyal, of Instagram’s parent company. “Snapchat has shown no inclination of doing anything near that.” Not allowing brands to measure how well (or poorly) their money and time are being spent will only drive those users into the arms of platforms who are, he said. He advises all of his clients — influencers and brands alike — to focus on Instagram and Facebook, as a result.

One roadblock for Snapchat is that catering to brands brands by providing more data goes against its so-called DNA. “The goals of our platforms are very different,” said Shannon Kelly, who oversees Snapchat’s product communications. “We don’t think of ourselves as a social media platform, we’re a friend-first platform.”

User behavior supports this. A recent Newscred study found that the majority of Snapchat users rarely, if ever, engage with branded content found on the app via Live Stories, Discover Stories and geofilters.

“Their whole platform is based on this idea of privacy — things disappear, they’re ephemeral,” said Eyal. “If you start allowing lots of brands to enter that space and receive analytics, then you’re kind of losing Snapchat’s founding identity.”

Conserving that identity in an attempt to satisfy users, however, could spell the end for Snapchat. It could use brand endorsements and activity on the platform to drive engagement, and drive down its high costs per user. To wit, Snapchat made only $1.05 per user in the fourth quarter of 2016, compared to Facebook’s $7.16.

Though Snapchat intends to increase that number by the end of 2017, investors are weary that Instagram’s latest rollouts will allow for that.

“Brands should focus all their efforts on Instagram,” said one investor who manages $20 million of Snapchat stock and has stake in the fashion industry. He’s in the process of selling that stock. “If I’m using Snapchat, it’s because I’m trying to impress three people who don’t follow me on Instagram,” he said. “It’s dead.”

We’ll explore the real return on social investments including what it means to be ‘successful’ on Instagram or Facebook at the upcoming Digiday Retail Summit. Learn about joining us here.