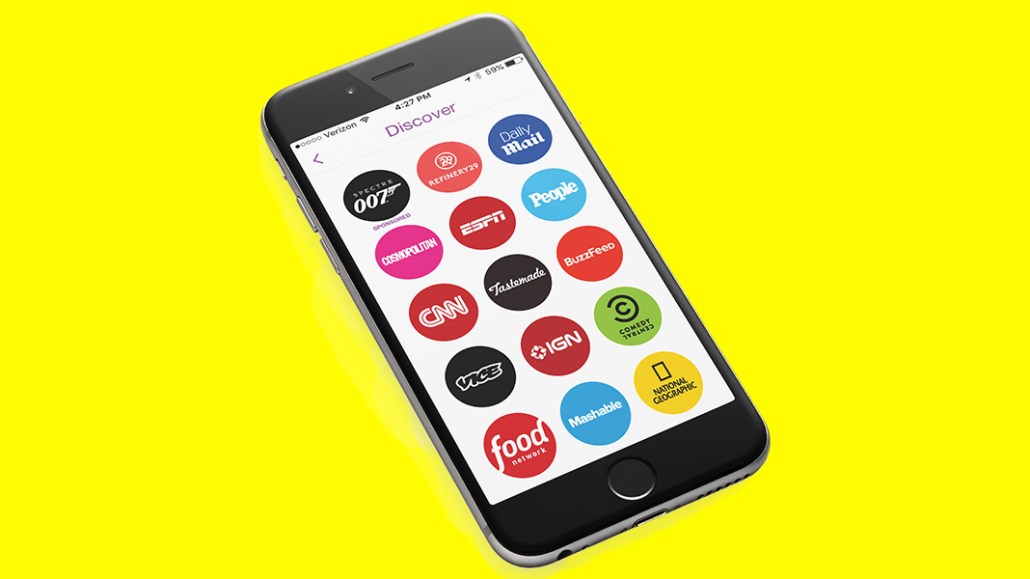 Snapchat is looking to get publishers more invested into the platform with a key new hire of a publishing veteran.

Former Flipboard and Time Inc. executive Sarah Gallagher is coming on board to lead a new group the company has formed to work more closely with the more than 90 media companies producing stories and shows for Snapchat’s Discover section. Gallagher will start with the company next week and report to Snap’s director of business development for content David Brinker. Brinker had negotiated deals with Gallagher while he was at News Corp. and she served as Flipboard’s head of publisher partnerships, a role she took in 2014 after spending several years working in sales and marketing at Time Inc.

As head of strategic partner management, Gallagher will oversee Snap’s strategic partner management team, a 12-person unit within Snap’s larger content organization that will serve as the primary contacts for publishers. In an attempt to clear up publishers’ confusion and frustration over who within Snap’s content organization to ask about any given issue, the partner managers will field publishers’ questions and feedback for all aspects of their work with Snap and be responsible for connecting the publishers with other members of Snap’s content team that may specialize in certain areas, such as editorial or sales.

Snap’s partner managers have been pulled from other parts of the company’s content organization and are being assigned to publishers based on their existing relationships with publishers as well as their location and their expertise in certain areas of importance to individual publishers. The number of publishers that each partner manager works with varies based on the publisher’s size, Brinker said.

Snap decided to create the strategic partner management team after it hosted a publisher summit in New York in April. The publishers in attendance told Snap that they each wanted “one person that they knew was their person instead of trying to have subject-matter experts in each one of our fields managing different parts of the relationship,” said Brinker.

Gallagher and her team have their work cut out for them. Publishers have been struggling to make heads or tails of the redesign that Snapchat rolled out in February. The redesign handed the Discover tab over to an algorithm to decide how to rank publishers’ stories. That has led to publishers’ stories being put in front of people who don’t subscribe to them in the app, but it has also resulted in the stories sometimes appearing lower in subscribers’ feeds. Several publishers have said that the redesign’s viewership fluctuations have made it hard for publishers to how many people will likely see their story on any given day, which complicates the number of ad impressions that they can guarantee to advertisers.

The constant state of flux following the redesign has been reflected in Snapchat’s shifting importance for publishers like Food Network. The app remains “a piece of the pie,” said Deb Puchalla, svp of digital brands for Food Network and Cooking Channel, said at last month’s Digiday Video Summit in Scottsdale, Arizona. However the size of Snapchat’s slice can switch with the size of the publisher’s audience. Following the redesign, Food Network saw its Discover channel’s viewership drop by about 20 percent, though “some of that has come back a bit,” Puchalla said.

Publishers shouldn’t expect Snapchat’s changes to abate anytime soon. The app only recently rolled out a redesign of the February redesign. However the company’s hope is that its new strategic partnerships team will help publishers to navigate these changes. To that end, the partner manager will be judged by the growth in audience, engagement and revenue of the publishers they support.

“By having having that dedicated point of contact, publishers will be able to get a better sense of how these changes impact them and the role that they can play in addressing the changes as they come,” said Brinker.

https://digiday.com/?p=290094
Most Read
Trending in Publishing in the Platform Era
Digiday Top Stories