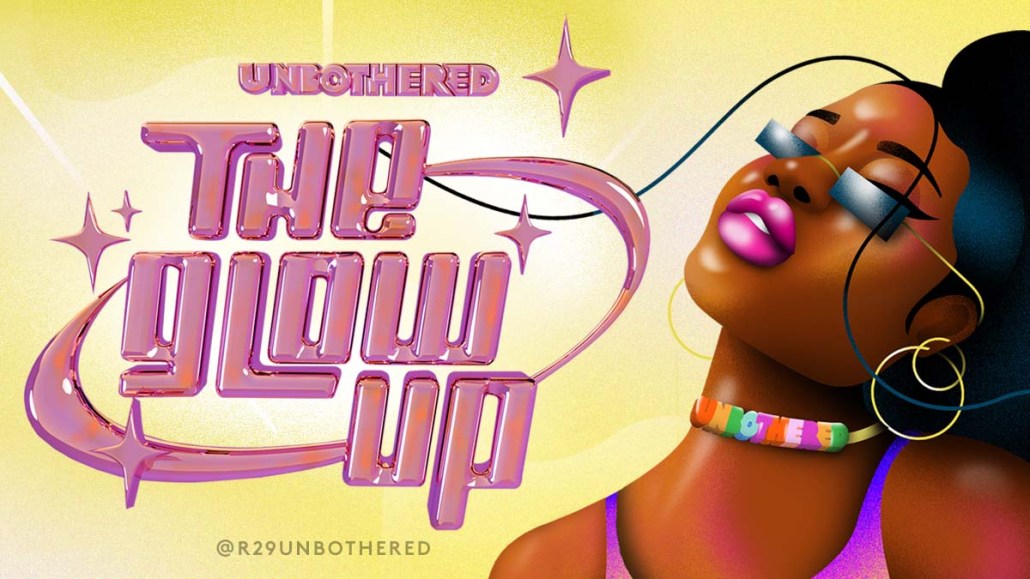 Unbothered — Refinery29’s five-year-old vertical for a young, Black audience — is preparing to host its first large-scale, in-person ticketed event, called “The Glow Up.” The two-day event will take place in Atlanta on June 18 and 19, coinciding with Juneteenth. The Unbothered team wants to draw up to 4,000 attendees to the event, said Chelsea Sanders, vp of multicultural brand strategy and development at Unbothered. This is the vertical’s first public-facing event.

The event is “an opportunity for Juneteenth to celebrate ourselves our way,” Sanders said. The Glow Up brings “even more direct, interactive experiences to our audience” across areas such as lifestyle, beauty, wellness and entertainment, “at a time when our audience craves that connection with us and the Black community together,” she added.

Sanders declined to share how much revenue is coming from The Glow Up’s ticket sales and sponsorships. A spokesperson for Vice Media Group — Refinery29’s parent company — declined to say how many tickets have been sold so far, but noted that Unbothered has “surpassed their revenue goals” for the event.

Tickets to The Glow Up range from $35 for a single-day general admission pass to $180 for a two-day VIP pass. Discounts are given to HBCU students and local Atlanta companies, nonprofits and community organizations, Sanders said.

Activations at The Glow Up for those brands include Target’s creators studio to inform attendees on how to get credits for their content, Sanders said. STARZ will host a headshot studio, with photos taken by Atlanta-based photographer Cam Kirk. Clorox will provide products to help sanitize attendees and the outdoor roller rink. Refinery29 did not say how much these activations were worth.

Interactive experiences like these are unique to in-person events because brands “simply can’t have that level of connection with a potential fan of your brand through a print advertisement, display ad or influencer post on Instagram,” said Eric Fleming, co-founder and executive producer of experiential agency Makeout NYC. “For a lot of these brands, it’s one of the most successful ways to drive conversions, to get a product in front of people and allow them to use it and experience it. There’s value in creating moments for brands to provide sampling.”

Lauren Austin, chief creative officer at creative experiential agency MKG, agreed: “I doubt Unbothered’s audience are impacted by digital banners on the site, but when that same advertiser is creating a really interesting, cultural experience or immersive activation at The Glow Up, they’re going to connect with that audience in a totally different way.”

The VMG spokesperson also declined to share what percentage of Refinery29’s business comes from events, but said events and other in-person activities “continue to be a priority for our brand partners as well as across Vice Media Group’s lines of businesses, especially as we continue to re-emerge from our pandemic bubbles.”

“We’re seeing a huge resurgence in experiential marketing and live events with the easing of Covid restrictions and the pandemic fatigue that both people and brands are feeling,” Austin said in an email. “We’re receiving a lot of inquiries from new or young brands who are looking to create experiences to connect with audiences in a meaningful way.”

The Glow Up comes after a few virtual events and small-scale, community-oriented gatherings hosted by Unbothered over the past few years. “Wash Day” in January 2021 was a day-long virtual retreat with tutorials, conversations and workshops around haircare, self-care and self-investment. “The Hookup,” held last November in collaboration with Keke Palmer, was a live dating event bringing together Black single people to talk, play games and drink. Unbothered’s team of nearly 20 staff members worked with VMG’s legal and design teams for The Glow Up, to help with talent contracts and for the event’s visual identity and marketing, Sanders said.

Unbothered’s latest event will follow Atlanta City COVID-19 guidelines, which do not require attendees to show proof of vaccine or a negative test. “However, we are strongly encouraging all attendees to be vaccinated or take a COVID-19 test prior to the event to keep our community safe,” Sanders said. Attendees will also be encouraged to wear masks inside. Masks will be provided on-site.

787 Windsor was selected as the venue for The Glow Up “because it allowed us to set up the majority of the event outdoors and because it’s a familiar, centrally located cultural touchpoint for much of our [Atlanta] audience,” Sanders added.

A challenge for those putting on large-scale in-person events is the need for increased security, Fleming said. While the issue of security is “nothing new,” it’s top of mind due to recent events in the news, Fleming said. Mass shootings in Buffalo, NY and Uvalde, TX in May have put many people in the U.S. on high alert. “It would be irresponsible as an event organizer to not put extra precautions and review existing plans regarding security and safety protocols at the event and frankly doubling down on the amount of security that you do have on hand,” he said.

Security plans are “getting extra scrutiny right now given the climate,” he added.

The Glow Up will have increased security on-site and metal detectors at check-in, Sanders said. “We want to make sure The Glow Up is a moment of joy and celebration for [our] audience, especially at a time when our community is navigating just existing in a tumultuous and charged racial environment every day,” she said. “Assuring our guests’ safety is a main priority for us.”