Quartz’s Jay Lauf: Getting readers to pay is critical 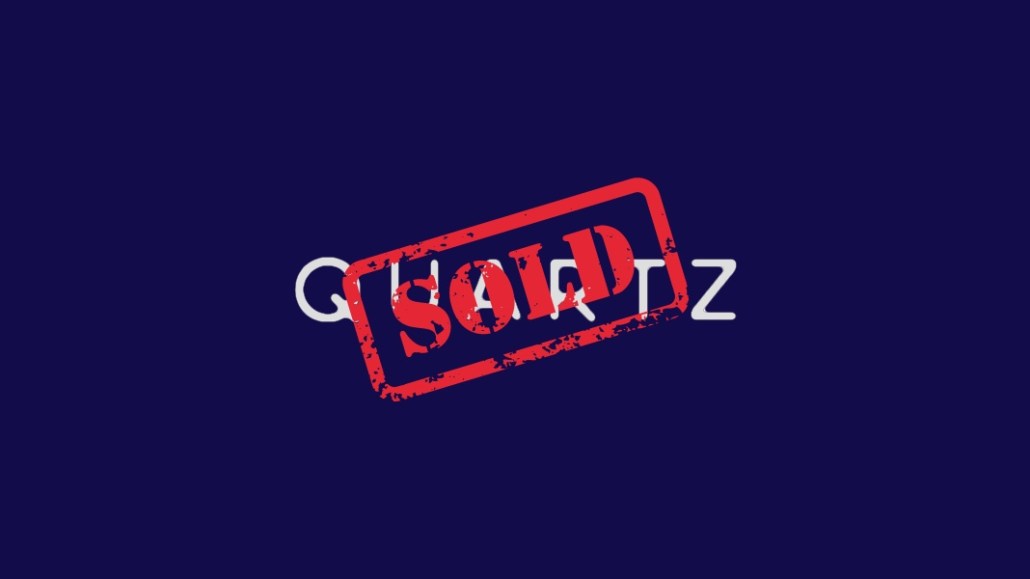 Quartz is changing hands and pivoting to paid. On Monday, the digital business news publisher announced it had been acquired by Uzabase, a Japanese media company that operates Speeda, a business information terminal and NewsPicks, a news curation app operated jointly by Uzabase and Dow Jones, parent company of The Wall Street Journal.

Uzabase will pay somewhere between $75 million and $110 million, depending on how much revenue Quartz brings in over the remainder of 2018. It earned $28 million in revenue in 2017, almost all of it from advertising, and has targeted revenue estimates of $35-38 million for 2018, according to Uzabase documents.

While Quartz’s operation, with its focus on branded content and mobile-focused products like chatbots and newsletters, will remain unchanged for the most part, the immediate priority is to develop, then graft on a separate paid offering.

Quartz is now responsible for building two brands: Quartz and NewsPicks, which earns half its revenue from subscriptions, which cost $15 per month. Quartz will run NewsPicks U.S. operations, while Uzabase will remain in charge of its Japanese operations.

Digiday spoke on the phone with Quartz publisher Jay Lauf about the news. The conversation has been condensed.

You’re estimating $35-38 million in revenue for 2018, which suggests Uzabase paid a multiple of a little over 2.5 times revenue for Quartz. is that good? How do you feel about it?
I’d say everybody is saying it’s a good price and a good valuation. We feel really happy with it in that sense.

In a memo sent to staffers this morning, you mentioned this is a bet on where media is going. Can you elaborate on that?
One of the ways media is headed is toward businesses that have multiple revenue streams. More important than that is content that users and readers will pay for is becoming increasingly important on a lot of levels. It’s a signal of distinctive journalism that really matters to people, which is a healthy place for us to be. It’s been something that’s been on our radar screen from the beginning. and it was becoming a more earnest part of our strategy as we headed into this year. That’s where we see the future of media: reaching a targeted, high-value audiences with content that is valuable enough for them to pay for it. That’s the foundation of a valuable business model.

Are you going to have to hire more reporters to build the content-focused side offering?
We don’t think so, in the beginning. We’ve built a pretty strong reputation for building high quality content. We’ve been doing a lot of research and surveying of our audience over the last number of months in preparation of our own plans. We’ve found a high propensity among our readers to pay for products. That’s based on a product like we already have or could execute with the staff we’ve got currently. I wouldn’t speculate yet on the growth of the editorial staff around this initiative, but you could imagine that down the line.

Would you have gone after consumer revenue if you hadn’t gotten acquired?
Yes absolutely. It was very much on the drawing board. This year, as we started building developing executing against 2018 strategy, part of that was to experiment with a paid product.

What made you feel like you were ready to do that?
We’ve talked about it in our strategy sessions every year since we’ve been born. We’re just at a scale and an age where we felt like we could do it effectively. We’ve got 20 million users that come to the site. we’ve built an incredibly loyal audience over five years. It was the phase of existence we were in, as much as anything.