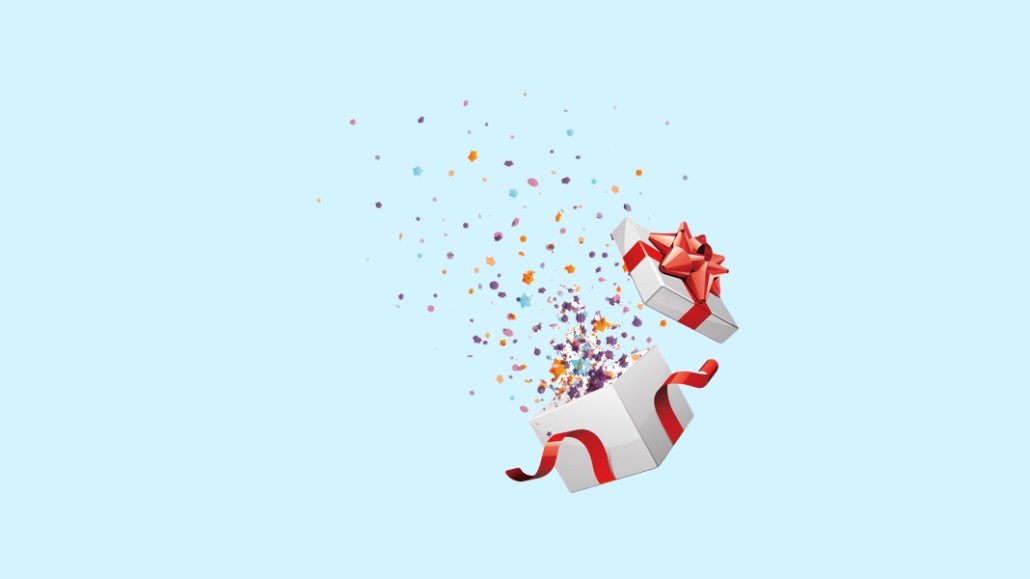 With their sights on the $126 billion spent on online holiday shopping last year, publishers are changing how they create and distribute their online gift guides.

Publications like Wirecutter have started publishing gift guides a month to six weeks earlier than last year. Others like Good Housekeeping are trying to build out guides for people beyond their core audiences. And GQ and O, The Oprah Magazine are focusing on celebrity content, hoping to leverage the social distribution of their famous collaborators.

Wirecutter’s deputy editor, Christine Cyr Clisset, said that, historically, the product recommendation site only published three to five gift guides every year, with traffic to the guides split about a 50-50 between search referrals and other sources. This year, it will publish 33 and has focused on having a greater presence on search. But because there are several well-established gift guide publishers with pre-existing lists on Google, Cyr Clisset knew they needed to start early.

“We planned to publish everything before Nov. 15,” said Cyr Clisset. “Based on our research and strategy, we knew we had to rank high on Google and get out there earlier before search interest starts to rise.”

Cyr Clisset said that her team also worked with an SEO specialist who chose a set of popular keywords around the holidays and looked for intersections between topics that Wirecutter would typically cover. Of the 33 gift guides published this year, only one-fourth of the lists coincided with the keywords, because Cyr Clisset said it was important to create content that on-site readers would find valuable as well.

Good Housekeeping, on the other hand, has been looking to curate better lists for people outside of its core audience demographic, which is mainly women, so that they can compete with men’s titles that have more authority over what their readership wants for gifts.

Lauren Matthews, group digital content director of Hearst’s Women’s Lifestyle Group, said that men’s-related gift guides are an opportune area for growth for Good Housekeeping. But instead of relying on audience data and analytics, the publication surveyed over 200 men, asking them what they want as gifts.

This year, the magazine has 60 new gift guides and continues to update 45 existing lists whose URLs and meta headlines have gained significant standings within Google’s rankings. Overall, the publication has seen its e-commerce revenue grow by 330% year over year.

But with search growing brutally competitive for commerce content, some publishers are leaning into social traffic instead. O, The Oprah Magazine, which recently built out a sub-site on its website for Oprah’s Favorite Things, used celebrity-based videos to promote the selected products on YouTube and on social platforms like Instagram, IGTV, Twitter and Facebook, including a video with Lady Gaga to promote her makeup line.

GQ turned to celebrities to diversify traffic sources for its gift guides. Jon Wilde, GQ’s digital director, said 42% of traffic to GQ’s gift guides come from search, while the rest is a mix of newsletters, social and others.

GQ’s editorial team created a visual package around “Schitt’s Creek” actor Dan Levy, which he promoted on his social channels, driving a boost in social referral traffic, which Wilde said is typically not a significant source of traffic for gift guides. According to Wilde, the amount of traffic to GQ’s gift guides have gotten this year is two times higher year over year.

That traffic comes with an asterisk, however. “Social is not a driver you can count on there because they’re not products people tend to be impulse buying,” he said, continuing that the higher-end products featured on the list don’t test well as an immediate “click and buy.”