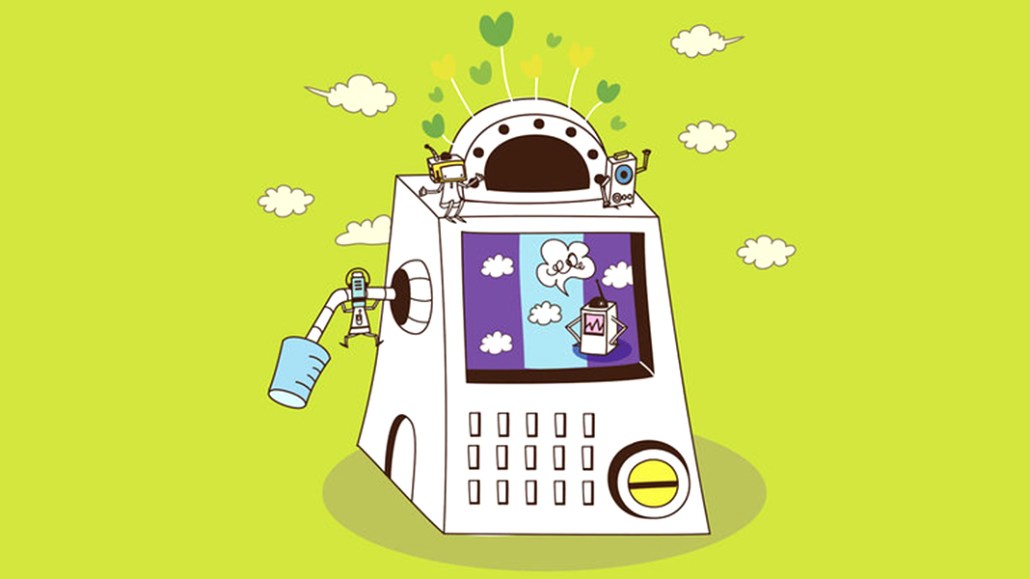 Everything can be monetized.

Next time you put a quarter into the jukebox at your corner bar, you won’t only hear a song; you may also see a programmatic ad.

On Monday, TouchTunes — the company that owns over 63,000 digital jukeboxes in the U.S. — made the inventory on the machine programmatically available for the first time. Last year, over 1.1 billion songs were played on TouchTunes’ digital jukeboxes and its jukebox mobile app, according to Susan Danaher, the music network’s head of advertising, sales and marketing.

“Previously, we were limited by direct sales in terms of how many advertisers we could talk to,” said Danaher. “But now, we can customize our offering on a more granular level for more advertisers.”

TouchTunes is selling ads programmatically through both private marketplaces (mostly videos priced on effective cost per thousand impressions) and open exchanges. A PMP deal takes priority over an open exchange deal but falls below direct sales in TouchTunes’ ad server, according to Jonathan Palgon, the company’s manager of media operations and analysis.

“And there are certain data parameters that advertisers cannot access on open exchanges, like geography and music genre,” said Palgon.

In a PMP deal, TouchTunes typically combines syndicated Nielsen data around bar hoppers’ gender and age with its first-party data, including venue type (like pubs, sports bars and casual dining), music genre (like rock, pop, rap, folk and hip-hop) and what time of the day a person orders a song.

Publishers, advertisers and tech vendors are advocating PMPs for better inventory, but it is hard to run those deals smoothly because of buyer configuration issues, lack of inventory on the publisher side and the mismatched data from the buyer and the seller. And ad fraud remains a frustrating game for programmatic marketers, as 29 percent of the $27 billion spent on programmatic last year was fraudulent traffic, according to a 2017 report conducted by WPP and ad verification firm Adloox.

PMP deals are usually not immune to domain spoofing. But Danaher explained that its digital jukeboxes run on a closed network, rather than through a web browser, so they are not susceptible to bots or invalid traffic. “Additionally, our video player takes up the whole screen, so we have no problems related to viewability,” she said.

Rubicon Project, which is rolling out the PMPs for TouchTunes, was sued by the Guardian last month for not disclosing buyer fees. When asked about the suit, Danaher said she is unaware of it and that “Rubicon is a great partner committed to educating advertisers and demand-side platforms on out-of-home media.” Joe Prusz, Rubicon’s global head of revenue, told Digiday the company doesn’t charge buy-side fees in PMP deals. In general, Rubicon runs a take rate (ad revenue divided by ad spend) of around 25 percent, according to the company’s most recent earnings report.

Warner Bros.’ programmatic campaign for Gorillaz is TouchTunes’ first foray into PMPs with Rubicon. Danaher said her team will continue to work with Rubicon to build its business through open exchanges and PMPs. At the same time, her company is also exploring programmatic partnerships with two other ad tech firms.