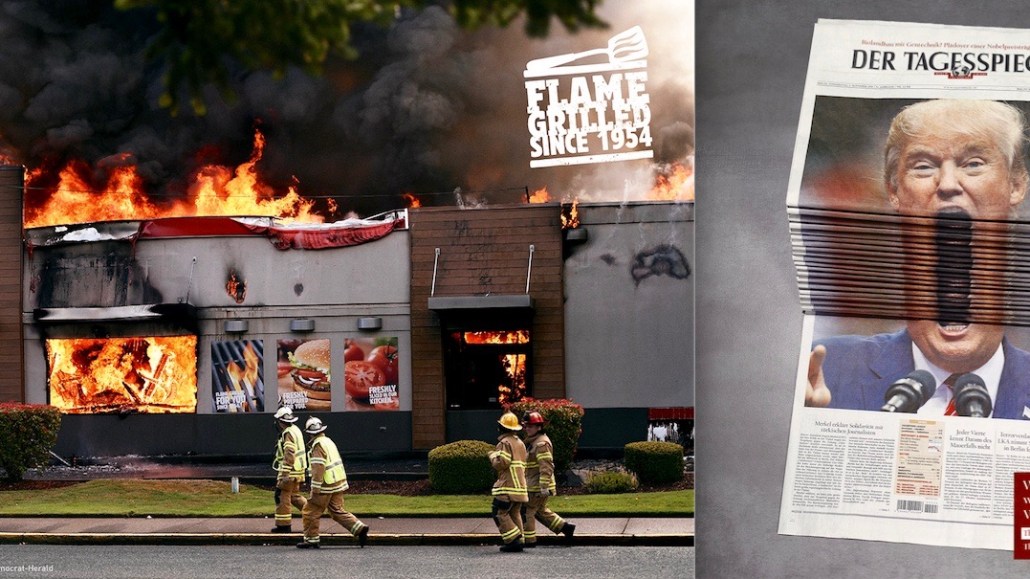 Analytics firm Enders predicts £1 billion ($1.3 billion) of revenue will disappear from the U.K. newspaper industry between 2011 and 2019. Last year was a particularly bad one for the U.K.’s print newspapers: The closure of Trinity Mirror’s New Day after two months, plus the Independent’s shuttering of its print edition are just two examples of mounting pressures facing the print industry.

Here’s a look at the state of print and online advertising in the U.K.

The report also states that print circulation has fallen, with tabloids The Sun and the Daily Mirror being hit the hardest. Trinity Mirror, publisher of the Daily Mirror, has reported print advertising is down 19 percent in the first four months this year, while digital is up 6 percent.

National newspaper ad revenue in the UK
Create your own infographics

But print decline is slowing
According to the quarterly Advertising Association and Warc Expenditure Report, released at the beginning of May, ad spend across all media in 2016 came to £21.4 billion ($27.7 billion). Nearly half of this, £10.3 billion ($13.3 billion), came from digital formats. Over 95 percent of all the new money entering the market came from digital formats.

Print advertising and the overall trend is downward, but the rate of decline is slowing. Between 2015 and 2016, combined ad revenue from national news brands fell by 10 percent; however, that was £25 million ($32.3 million) less than the loss recorded in 2015. The rate of decline in combined ad revenue for regional news brands is also expected to soften.

Combined ad revenue in the UK
Create your own infographics

Print consumption is flat
The decline in print ad revenue has been more drastic than the decline in print consumption habits. In 2011, people in the U.K. spent 18.3 minutes a day on average with newspapers (and 88 minutes on the internet), according to Zenith’s Media Consumption Forecast, which was published last week. For 2017, the estimate for time spent with newspapers fell to just under 18 minutes a day, but estimated time spent on the internet jumped to 224 minutes a day on average.

Not all media are created equal in capturing attention
While time spent with a medium is a factor for where the money flows, Newsworks, the newspaper trade body, argues that the quality of time spent with media should be factored in, too. As Newsworks notes, time spent with a newspaper is likely to be more engaged than, say, having the radio on in the background; therefore, ad recall would likely be higher.

In a Newsworks survey with PricewaterhouseCoopers of 2,600 U.K. citizens and how attentive they are to 15 types of media, print newspapers came out on top as a medium people regularly put time aside for. People feel a personal connection with titles and trust the content, and print newspapers give readers something to talk about. 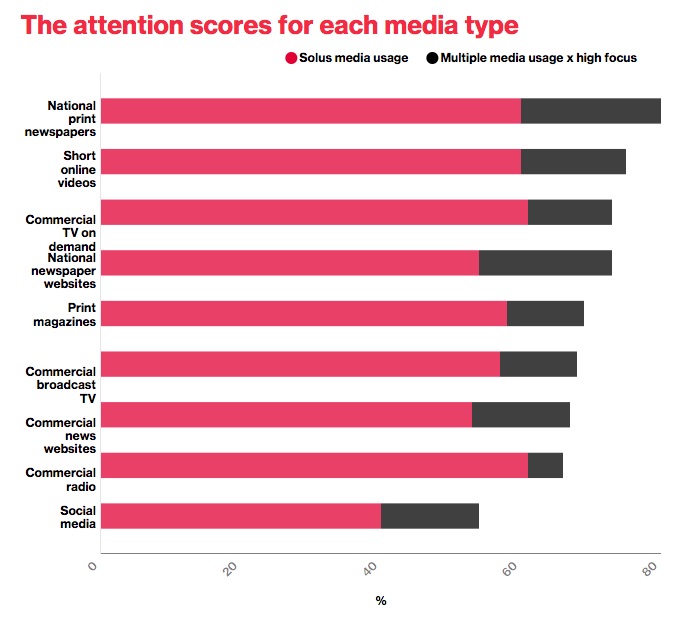