PopSugar is selling its own line of beauty products 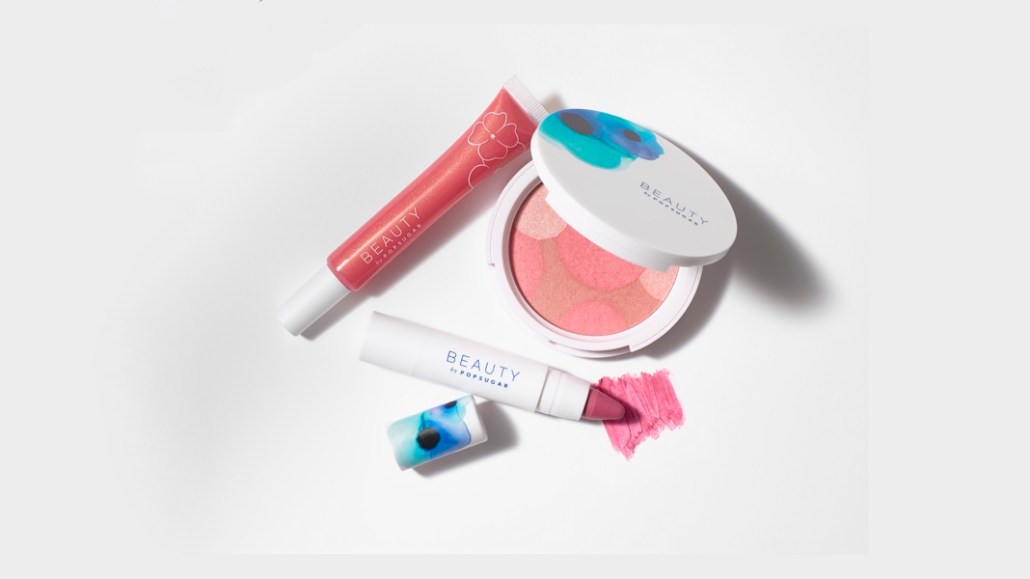 PopSugar has spent years trying to show advertisers that it can help them drive purchases. Now it’s about to see if it can get its readers to buy its own product.

PopSugar’s first line of beauty products and cosmetics, Beauty by PopSugar, will go on sale March 11. By the end of the month, the products, which will range in price from $18 to $42 and include face scrub and lip balm, will be available in some 250 Ulta Beauty stores, more than a quarter of its locations. In some stores, PopSugar’s products will be merchandised in free-standing displays.

The launch is a big deal for PopSugar, which has put commerce at the center of many different initiatives. It also sees the product line as a validation of its branded content business, now more than 60 percent of its total revenue, which will power most of the marketing of the new line.

“We’ve always wanted to figure out other ways to have money come into the company,” said Lisa Sugar, PopSugar’s co-founder and president. “This has been a long, patient road.”

Historically, publishers have been reluctant to do brand licensing, lest it compete with their existing advertisers. PopSugar chief revenue officer Geoff Schiller insisted the move into products would be “completely non-cannibalistic.” He wouldn’t say how much revenue he expected to earn from the sale of the product line.

The publisher isn’t worried about losing out on other advertisers’ business, in part because of the sheer volume of brands floating around in the beauty space. “There’s so much space for it,” Sugar said. “There’s new beauty brands being launched every day, and people interested in makeup and product will buy all of them.”

PopSugar will promote the line with ads on its own site. Neither company would say if there were advances or revenue guarantees in place for the products.

PopSugar has a senior creative services manager overseeing the creative and editorial support. That staffer reports to a three-person brand development team, which works with Ulta’s media-buying arm.

Ulta Beauty’s history of advertising with PopSugar helped pave the way for the retail arrangement. Shelley Haus, Ulta Beauty’s svp of brand marketing, came aboard in late 2014 and sought to overhaul the makeup company with a focus on branded content with a handful of publishers. Ulta has used PopSugar since 2015 for everything from display to branded content to influencer programs to experiential marketing at Coachella.

Haus said PopSugar’s campaigns performed well, routinely delivering one and a half to two times the results both sides had targeted. That track record also helped convince Ulta Beauty to give PopSugar products wide distribution. In some cases, when Ulta Beauty puts new products in stores, it will test things in a couple dozen locations, sometimes as many as 50.

“We know that their content is hugely influential,” Haus said. “We look at how their branded content drives clicks.”