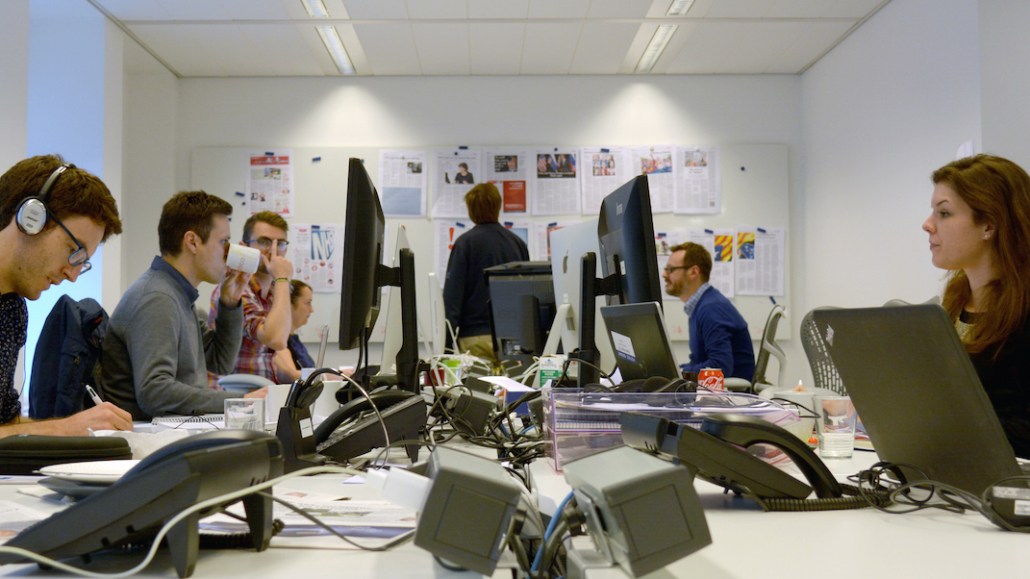 Politico is using short-term email newsletters to test the ground for further expansion in Europe. Called Global Policy Lab, the editorial package runs in five-week bursts in Germany, France and the U.K.

The idea is to pick subjects that don’t typically fall into Politico Europe’s main verticals but tap into major issues within the individual counties. For instance, the first newsletter focuses on automation’s impact on the Germany economy. Articles such as “7 prescriptions for a digital Germany” and “Why Germany should welcome our robot overlords” were published as part of the series. The English-language newsletter goes out weekly over the five-week run.

Newsletter subscribers were invited to participate in a 45-minute conference call in the fifth week, in September, featuring experts in the subject. Several hundred people tuned into the call, hosted by the project’s lead chief Europe correspondent, Matthew Karnitschnig. The call was turned into a podcast and a text article, “German industry: Strict privacy laws hinder innovation.”

Over the five weeks, 5,000 people signed up to receive the newsletter, a mix of new and existing subscribers, according to the publisher.

The goal is to both deepen ties to the German market and give those outside Germany a view into Europe’s largest market. Publishing in English makes this easier and differentiates Global Policy Lab from local German media competition, according to Karnitschnig.

Politico’s European headquarters is in Brussels, with 60 journalists there. It has branched out to other countries, with seven journalists in London, two in Paris and three in Berlin. The long-term goal is for Politico to expand across Europe and beyond.

This week, the second Global Policy Lab five-week package launched in France, focused on the modernization of the French economy. “The education of Emmanuel Macron” is the first article. A third package will run in London later this year, and the likely topic will be Brexit-related.

Politico Europe has five free newsletters, including the Brexit Files and the Brussels and London Playbooks; and eight paid-for subscription Pro newsletters, such as Morning Transport, Morning Healthcare and Morning Energy + Environment. Its revenue is evenly split among advertising, subscriptions and events, according to the publisher. The Global Policy Lab series is sponsored by General Electric and requires light editorial resources — one journalist lead per country, and additional reporters can pitch in as necessary. Politico Europe owns a French public-affairs events agency, Development Institute, which can help organize the workshops.

The Global Policy Lab is “a great way to increase Politico Europe’s visibility and reputation at relatively low cost — helped by the GE title sponsorship — by getting access to big players in the business policy world,” said Alice Pickthall, analyst at media research firm Enders. “Ultimately, Politico will be seeking to grow its paid-for news services, Politico Pro, and the Global Policy Lab is another means to demonstrate high-quality and in-depth journalism.”