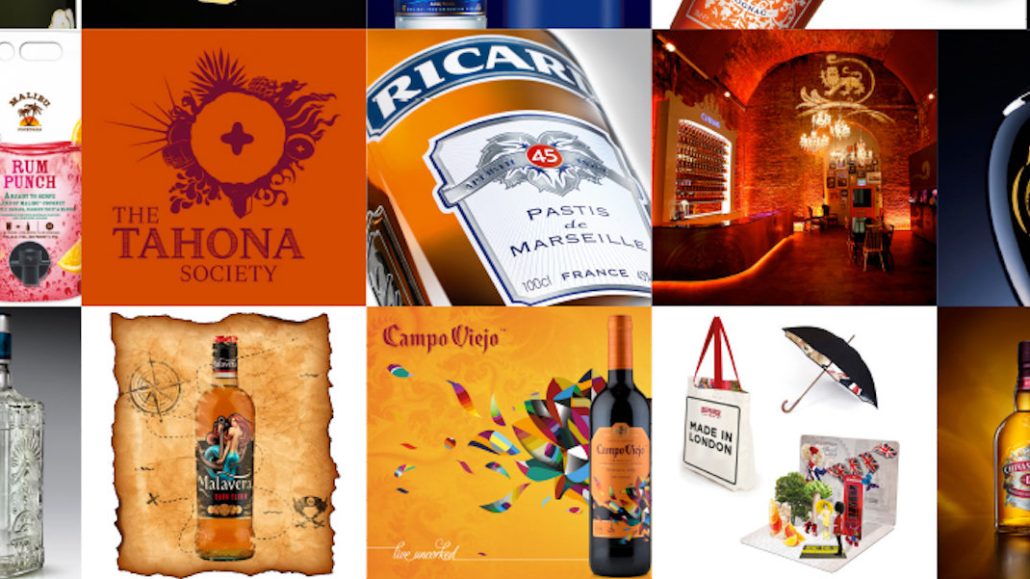 The spirits maker has a small team of media buyers buying inventory directly from demand-side platforms such as Adobe Advertising Cloud (formerly TubeMogul) and Google’s DoubleClick Bid Manager. For instance, the business now asks that media agencies use client-preferred DSPs that allows its marketers to log in and manage buys in real time. This way Pernod Ricard controls the contract with the DSP, if not the operation, utilizing the software’s managed service tools to run it.

Today, a quarter of Pernod Ricard’s digital media is bought by its own media buyers rather than its agencies. The company saved €60 million ($71.5 million) in the the first half of the year, half of it being reinvested back into its advertising. It’s a decision Pernod Ricard told investors last week it wouldn’t have made without the assurances of its own internal expertise.

“We [Pernod Ricard] had to readjust ourselves to make sure that we speak the same language as our partners and understand what’s going on [with our investments] so that we can then play that back within our marketing,” said Thibaut Portal, who heads up the global media hub. “Our objective is not to buy media at the cheapest cost — it doesn’t mean anything.”

Media budget cuts across the package-goods sector may have agencies worried but at Pernod Ricard there are no plans to make any major changes to its own spending. As Gilles Bogaert, the company’s managing director for finance and operations recently told financial analysts, the business is reinvesting a sizeable proportion of corporate-wide savings back into its media budgets. Bogaert explained: “In total, we estimate that the advertising and promotion efficiencies represent, more or less, half of the €200 million ($238.3 million) [savings we plan to make between 2016 and 2020]. And as you know, we decided to invest half of the €200 million ($238.3 million) into advertising and promotion. So net-net impact on the advertising and promotion ratio would be more or less neutral. But with, in reality, more efficiency behind our brands.”

But the pursuit of those efficiencies will not push media agencies away from Pernod Ricard like some advertisers are alleged to have done, assured Portal. A recent study from the World Federation of Advertisers that revealed some big brands are taking more digital expertise in-house was interpreted by some observers as the latest signal of the gradual disintermediation of the media agency.

However, Pernod Ricard’s own burgeoning media expertise is meant to give it a better understanding of its investments, while simultaneously easing the eroding margins of its agencies. Like it has done with its in-house content-production team, Pernod Ricard takes on more of the day-to-day costs of managing its media investments such as adapting content for different channels and localizing assets, while it’s agencies are tasked with the strategy and creative responsibilities.

Portal added, “What’s changed is our philosophy of remunerating the added value that the agencies are bringing; we’re remunerating the results and the performance of our investments [as they move down the supply chain]. … I believe because we have a common set of KPis and dashboards that we share with our agencies it means we’re sharing the same objectives in real time. It resembles a partnership rather than the advertiser being on one side and the supplier on another.”

Looking forward, Portal believes there are still points he and his team must address around viewability and the relevancy of metrics they receive from different partners. It will follow in the footsteps of P&G, Unilever and L’Oreal by coming up with its own viewability standards in the coming months, believing it is “a critical topic to improving our effectiveness.”

Pernod Ricard marketers no longer see video views as its key KPI. Instead, they are adjusting to completion rates and targeting to ensure ads are served as completely as possible to the right users. Portal added, “We’re going more in depth on assessing the real impact of media on sales. We need to close that loop.”

It’s why the company has placed a greater emphasis on collecting its own data over the last two years. The company’s run brand, for instance, has reportedly tested lead-generation ads on Facebook in recent weeks that collect email addresses, according to Adweek. After 10 days, the campaign collected 1,300 new leads and open rates between 43 and 77 percent, per Salesforce.

Portal concluded, “As a wine and spirits producer with a commitment toward responsible drinking and advertising to people over the legal drinking age, we already have strong mandates around brand safety, fraud and transparency. I’m not saying [this year’s events] are minor issues, but we were well prepared because we’ve been doing it [taking more responsibility of our media strategy] for years.”