‘None of this is celebrity for celebrity’s sake’: How publishers are trying to scale virtual events with high-profile star power 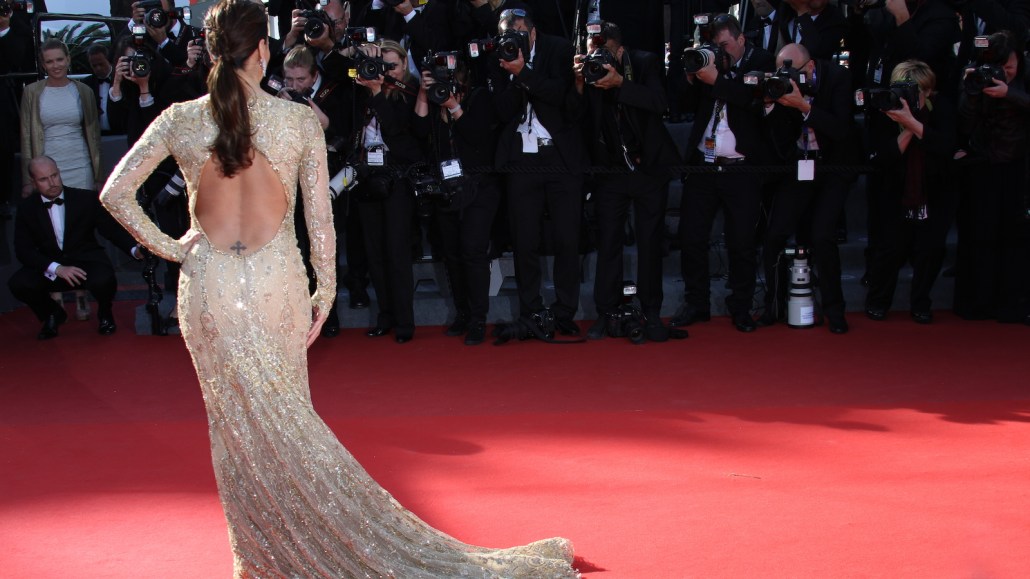 What does actor Chris Evans, former U.S. secretary of state Hillary Clinton, immunologist Dr. Anthony Fauci and Apple CEO Tim Cook all have in common? They all will be headliners for next week’s virtual The Atlantic Festival as the publisher seeks to surpass 1 million viewers during the event’s four days.

And while publishers using celebrities to dress up their events is not entirely new, there is a stronger onus — in the new remote reality — on having people who make the programming itself more interesting or worth audiences’ time. As a result, there is a competition for making these programs standout from the myriad of other options being rushed to market.

Few consumer-facing virtual events are ticketed so the bulk of the revenue must come from advertising. And as events in previous years served as significant revenue drivers for publishers like The Atlantic and Time, the hot metric for virtual events is scale, as more eyeballs equals more revenue dollars.

Scale “matters when making a media buy,” according to Barry Lowenthal, CEO of media agency the MediaKitchen, adding that celebrity appearances help to achieve that.

The first Time 100 Talk was likely one of the only times that audiences could hear from Dr. Fauci, singer John Legend, actor and activist Angelina Jolie and Senator Amy Klobuchar in one sitting. Yet, the virtual program covering the theme of finding hope in the pandemic was able to pull all of those figures together in a two-hour span.

“If you look at other virtual events, they tend to be siloed by industry or sector,” said Time executive editor Dan Macsai. “What we do every week in Time 100 Talks is spotlight conversations with people from multiple different industries. There is always something for everyone and we’ve found that is the best way to attract a large audience.”

The first 27 episodes of the Time100 Talks — Time’s virtual replacement for the Time 100 Summit that was expanded into a weekly show — have brought in a total of 75,000 registrants, said chief revenue officer Viktoria Degtar, and averages 5 million views per episode.

That series is now a mid-seven figure business for the publisher, and has since drawn nine advertisers, including P&G, State Farm and Citi, Degtar added.

But Lowenthal said it’s still hard to predict the draw that any one celebrity will have on an audience. Therefore, in conversations with publishers, he said his team always talks about the strategy for driving viewers to the events, including encouraging the celebrities to promote the events on their own social media channels.

“It also gives us confidence if the talent promotes it,” Lowenthal said. “It feels like the right endorsement from the celebrity that they want to be involved and they are invested in the event.”

However, “none of this is celebrity for celebrity’s sake,” said Aretae Wyler, chief operating officer of The Atlantic.

Wyler added that while Chris Evans is a major figure in Hollywood, the reason for his participation is more about his passion for civic engagement and encouraging people to vote.

The virtual version of the Atlantic Festival has 13 sponsors on board, compared to last year’s 16, all of which are supporting its evening, 90-minute-long main stage programming that has the bulk of the headliners. The company declined to disclose sponsorship rates for the event, but 12 of the advertisers are also sponsoring some of the daytime programming, that is expected to have a smaller crowd, but is more topical in nature and features subject experts, Wyler said.

Talent “is a positive draw, but context, connection and content is key to make a meaningful connection with the audience,” said Jenna Fidellow, svp of content and partnerships at Havas Media. Meaning the talent has to have a legitimate connection to the event so that they are adding value to the content, as well as adding a “sizzly” perspective for the audience, she said.

“Part of evaluating coming in as a sponsor to an event absolutely includes who the featured talent or speakers will be,” Fidellow said.

https://digiday.com/?p=378093
Most Read
Trending in Beyond Ads
Digiday Top Stories