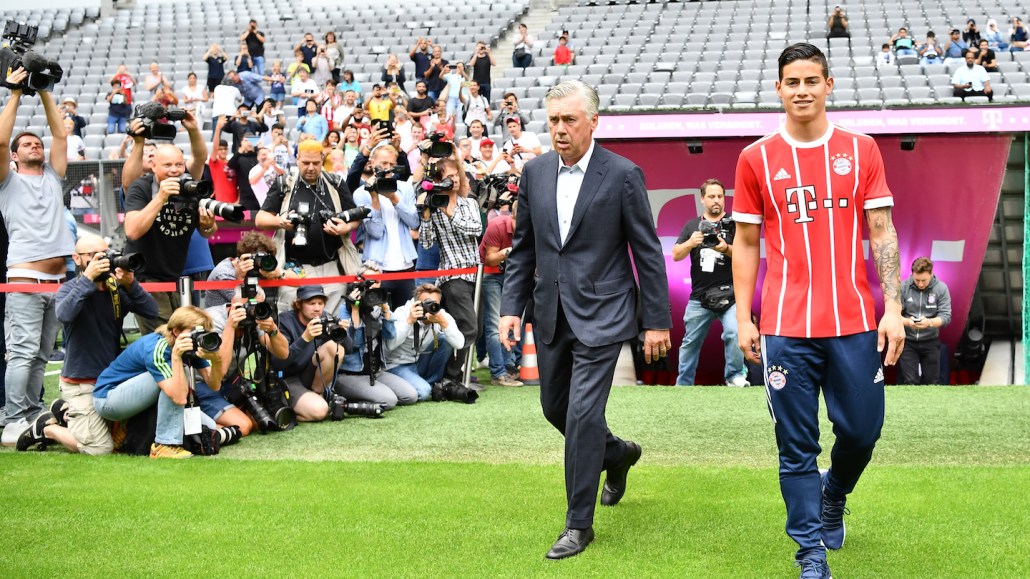 Three years ago, Germany’s Bayern Munich opened an office in New York City to try to close the gap between its Bavarian roots and global fan base. Up to 20 percent of the value that football clubs bring their sponsors comes from social media exposure, according to Nielsen Sports, and the belief was that a strong following in the U.S. will eventually translate into sponsorship and other revenue.

The team believes the digital gains it’s made since then are working. The New York-based office feeds the team’s U.S.-only Facebook and Twitter channels, while contributing to the club’s global Instagram and Snapchat accounts.

The team doubled the club’s Twitter following to about 110,000 followers in the U.S. during the 2016-17 season compared to the previous one, generating over 20 million impressions a month since the start of 2017. Rudolf Vidal, Bayern Munich’s president of the Americas, broke down the club’s digital strategy.

To build loyalty, the club also has jumped on real-time marketing the way other consumer brands do, which is one reason that output from its U.S. channels is greater than its English, Spanish and German ones. The team reacts to moments like the Aug. 21 total solar eclipse and responds faster to fan queries.

The New York office also plans to tap into the social popularity of James Rodriguez, who joined from Real Madrid this summer. The club saw a six-figure increase across all its social media channels the day after it signed Rodriguez.

However, Bayern Munich knows humor will only fuel its commercial ambitions so far. It might be a giant in the sport, but beyond Europe, its reach is dwarfed by Real Madrid, FC Barcelona and Manchester United. Both Spanish teams surpassed 100 million Facebook fans earlier this year, while Manchester United launched an app in February that brings its MUTV channel to 165 countries. America, particularly New York City, could increase Bayern Munich’s popularity, given the city’s proximity to some of the world’s most commercially astute sporting brands.

“New York is the epicenter of the sports media industry, which is becoming especially important the more sports, media and technology are converging,” said Vidal. “There’s a lot that can be absorbed from facing and interacting with these leagues and teams directly in real time that we can both transport back to Munich, but also use to our advantage in building our brand here in the States.”