‘More dynamic, loyalty driven communities:’ What comes next for publishers on the blockchain 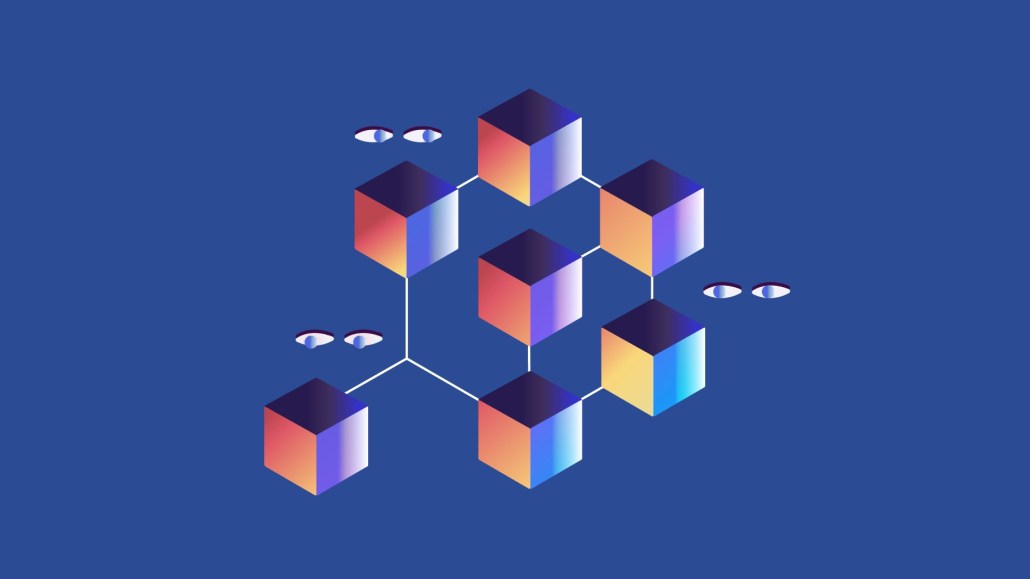 To the naked eye, it looks like media companies’ dalliances with NFTs have come to an end.

In the early summer months of 2021, publishers like Bleacher Report, The New York Times, Time and Quartz, among many others, minted their first-ever non-fungible tokens. What followed was a flurry of a few fanatics who paid anywhere from $1,800 to $650,000 for ownership rights to the media companies’ columns, articles, digital magazine covers and gifs.

Nearly four years after media’s first doomed dalliance with the blockchain, which was supposed to remedy some of ad tech’s transparency problems and fight fraud, the NFT mania was hard to take seriously.

But times are different, proponents say. These recent forays were more rooted in experimentation than creating a regular business line.

“I don’t think that anybody experimented with [NFTs] under the guise that it was a full fledged business model. I think people were just dipping their toes,” said David Cohn, the head of research and development at The Alpha Group, an in-house tech and media incubator for Advance Local. “People are only buying those [NFTs of articles and headlines] out of either vanity or the idea that they’ll flip it for more money later and neither of those are a big audience.”

Behind the scenes, however, media companies are putting more brain power into what NFTs, and more broadly the blockchain, can do.

Time has already integrated cryptocurrencies into its balance sheet, allowing subscribers to pay for content with more than 30 different crypto coins and advertisers to pay for their campaigns with Bitcoin. But beyond that, Time president Keith Grossman has been bullish about turning NFTs into more purposeful digital assets, rather than collectibles that get traded for a bit of profit.

“Today, most people are fixated on ‘collectibles.’ That is only one component of a much larger shift taking place,” Grossman wrote in an email to Digiday. “NFTs, blockchain technology and ultimately the metaverse will enable brands and the media industry to evolve analogue relationships with consumers and subscribers to more dynamic, loyalty driven communities.”

This month, Time launched an NFT collaboration with Cool Cats to create magazine-branded NFTs of digital cat cartoons. Grossman would not disclose the terms of the deal with Cool Cats, but he said the appeal of working with Cool Cats is its IP creation. Beyond the NFT drop model, the legacy publication is also creating an NFT marketplace and using its cover shop as a model for what it will sell there. And down the line, Time will license out the technology it creates for its NFT business to other publishers.

Bleacher Report didn’t stop after its first NFT drop either.

After its top selling NFT earned the company more than $70,000 within one day of being on the auction block, Bleacher Report continued creating NFT drops for sports fans to not only buy, but to also build an early habit of using and buying B/R NFTs in general.

“There are so many lanes in which sports lends itself [to NFTs] because sports is communal in nature. People like to engage with sports, it’s competitive,” said Yang Adija, svp of digital league business operations, growth and innovation for Turner Sports and Bleacher Report. The scarcity of ownership, as well as the ability to form exclusive clubs of NFT owners, gives B/R an opportunity to play into those audience habits with NFTs, he said.

The next phase is to create some utility within the NFTs it sells, like a reward system for its audience, that will ultimately increase the value of the NFT within the B/R App or on its website based on the number of shows the NFT owner watches, for example, said Adija. He added that event access is another use for NFTs that his team is currently working on.

Some publishers have already gotten creative with other aspects of the blockchain, including using utility tokens to spur reader engagement.

Crypto news site Decrypt created its own in-app utility token that its readers could earn for engaging with their content, such as sharing, liking or commenting on an article, and exchange that for sponsored prizes or other rewards for participation.

After five months of testing its utility token, which had value that only existed in the Decrypt app, 75,000 wallets had been created, meaning 75,000 app users participated in the token collection process, according to Alanna Roazzi-Laforet, Decrypt’s publisher and CRO.

Earlier this month, based on token holder feedback, Roazzi-Laforet said her team converted the token away from purely a rewards-driven token to a “more mainstream” token that will give its holders the ability to have a say in Decrypt’s operations, like what topics they’d like to see the company write about.

“We are certainly going down the path of community involvement and community ownership in forms of tokens, [and] thinking about the tokens as a governance mechanism,” said Roazzi-Laforet.

Regardless of the direction publishers are going into the blockchain space, investments are being made in growing these teams.

Earlier this year, Time doubled its technology team to 40 people. Across the company, 20 employees and contributors are now involved in crypto innovation, a spokesperson for Time said. Decrypt is currently hiring 14 or 15 new roles specifically tied to product development in this space, said Roazzi-Laforet, including smart contract engineers, community managers and creatives to help build out their token offerings. And Bleacher Report has started adding NFT experimentation into the job descriptions of some teams, including the media rights team, Adija said.

While blockchain innovation is still in the very early stages of development, the implication of how publishers can build modern interpretations of membership, commerce and audience engagement are unfolding at a pace that could change the landscape of the industry in as few as five years.

“We’re getting into far out sci-fi territory,” Cohn said.

https://digiday.com/?p=423663
Most Read
Trending in Publishing on the Blockchain
Digiday Top Stories
Go to mobile version