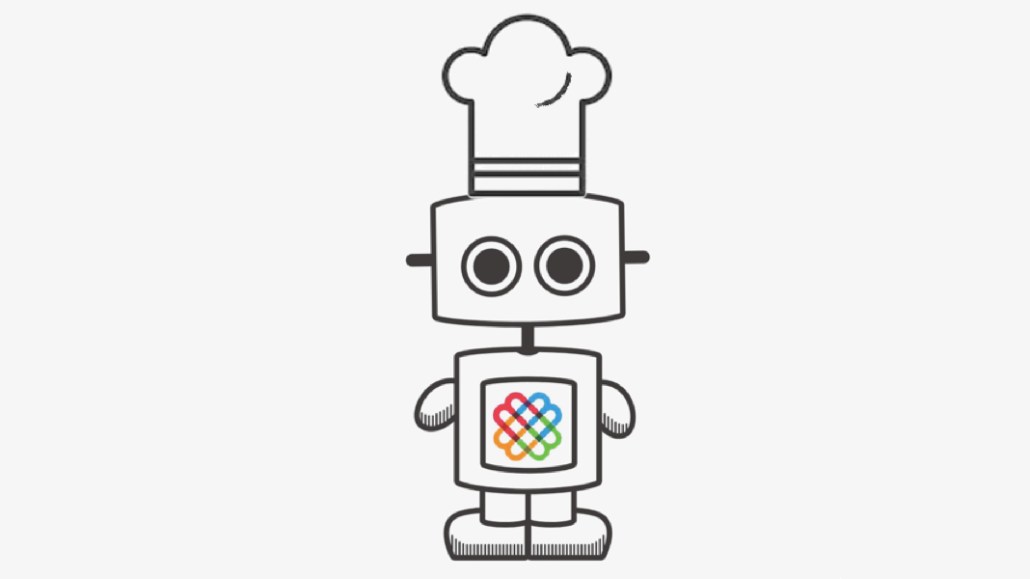 Since it acquired Allrecipes seven years ago, Meredith has worked to turn it into an integral meal-planning tool for its audience and a shopper marketing and commerce ecosystem for advertisers. For its next trick, it will try to position the site as a sommelier.

On Tuesday, March 5, the legacy publisher plans to announce a partnership with Ste. Michelle Wine Estates, a vintner in Washington State, which will include a wine-recommendation tool that suggests bottles of wine to pair with certain recipes on Allrecipes. The tool, built using technology Meredith acquired four years ago, works by comparing a recipe’s ingredients and attributes to metadata the winemaker has compiled on its own products. The tool then makes a recommendation based, in part, on conventional wine-pairing wisdom: A hearty red meat dish should be paired with a full-flavored red wine, such as a cabernet sauvignon, for example.

Though the recommendations function as contextual advertisements, which Allrecipes will mete out gradually over the year, they will be shoppable in U.S. states where it’s permitted. In cases where it drives a digital transaction, Allrecipes gets an affiliate commission. In states or circumstances where that’s not possible, the tool will suggest the nearest liquor store that carries that bottle; Ste. Michelle will have the Allrecipes logo in its in-store marketing displays. To start, the tool will have 17 different Ste. Michelle wines to recommend, which Ste. Michelle chose because they are the most widely distributed, on 20,000 recipes, approximately one-quarter of Allrecipes’ most popular ones. As results roll in, it may expand the list of recipes and wines involved.

The deal between the two companies also involves a “substantial” investment in more media across Meredith properties — neither party would share a specific dollar amount — and includes a two-year window of exclusivity around the recommendations tool. But over time, Meredith sees potential to expand its use, either by involving other winemakers, or by licensing it to retailers who are looking for ways to grow their customers’ basket sizes, according to Meredith’s head of innovation, Corbin deRubertis.

“This intelligent pairing algorithm works for more than wine,” deRubertis said. “It can do it for side dishes, paper plates, pretty much any category of consumer good where there’s a class of a product that goes well with the class of another product.”

Meredith is now years into turning Allrecipes into an intent-driven engine that captures brands’ shopper marketing budgets. Since it began making parts of Allrecipes’ content shoppable back in 2016, it has been able to drive millions of incremental in-store visits and “tens of millions” of incremental purchase increases, deRubertis said. Within a year and a half of turning those capabilities on, shopper marketing and commerce were responsible for a quarter of Allrecipes’ digital revenue. Today, they account for around 30 percent. “We’ve proved that this works,” deRubertis said.

Though driving sales is the main goal for this deal, the Allrecipes recommendation tool solves multiple marketing challenges at once. Even if an Allrecipes visitor doesn’t buy a bottle on the spot, showing them one at a moment of such high interest should help raise awareness and purchase consideration.

“It gets us in front of people when people are actively planning their meals,” said Miia Suortti, Ste. Michelle’s director of digital marketing. “That’s a perfect spot for us to build awareness as well as entice conversion.”

That helps because selling alcohol on the internet in the United States is complicated by a web of state-specific regulations. Though there are some apps, such as Drizly, that will allow visitors to buy wine and other spirits directly in some states, both Meredith and Ste. Michelle expect that a vast majority of the sales this partnership drives — 90 percent, de Rubertis said — are likely to occur in a brick-and-mortar retail location rather than online.