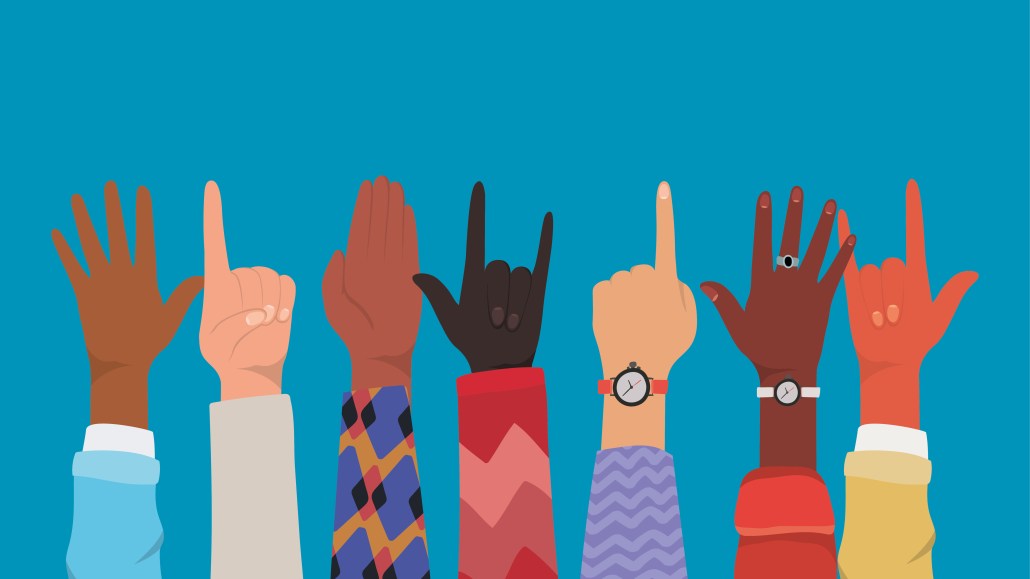 The first live, in-person Digiday Media Buying Summit in two years revealed multiple issues boiling under the surface of day-to-day dealings for media agencies and their clients. Some are more obvious than others — we have a long way to go before diversity, equity and inclusion efforts can actually have a material impact on making disenfranchised groups feel they’ve been heard, seen and invested in — while others are hiding in plain sight.

Here are six takeaways that Digiday editor-in-chief Jim Cooper and I gleaned through feedback from a highly engaged group of attendees during the event, held at the Kimpton Epic Hotel in Miami from Oct. 18-20. Some of these sentiments were gathered during a discussion under Chatham House Rules in which Digiday granted anonymity so attendees could speak candidly.

DE&I has a long way to go

One of the two town halls discussed the difficult-but-necessary issue of diversity, equity and inclusion, and the message is clear: despite all the good intentions and positive movements of the last 15 months, the rank-and-file of the agency world feel nowhere near enough is being done in recruitment and cultivating interest at a middle- or high-school level. Measuring progress is fraught with potential tokenism. Said one CEO who attended the session: “I think the measurement thing is a bullshit fix because it just creates lots of virtue signaling … We spend way too much time measuring crap that doesn’t matter and we’re not actually going out and finding young talent and teaching them and giving them the basic people skills, written skills, communication skills, etc., that they need to come into the industry.”

CTV is a mess

In a town hall, buyers, planners and strategists alike complained about how difficult it is to plan, buy and evaluate connected TV effectively, for a number of reasons. One attendee likened the messy marketplace to the mobile video space five years ago. Many noted that too many DSPs are trying to sell the same inventory, leading to waste and over-duplication. On top of it, the lack of transparency also leads to fraudulent or non-existent viewership.

One consistent current of thought in discussing brand and performance marketing overlapping was that the term “marketing funnel” is no longer valid. Rather, the need by more agencies to deliver performance-based goals while still creating a brand halo should really be seen as tackling the customer journey. “The funnel definitely has collapsed for certain products, especially on TikTok, Instagram, those things where you don’t really need a product story to buy something that’s low risk, like a wallet, or a phone case,” said one attendee. Added another: “As attribution for paid media channels becomes increasingly difficult, it’s almost like performance just starts bleeding into brand overall. There’s just heavier reliance on creative. And, I just kind of see them eventually getting married.”

In the journey from tracking-based advertising to contextual, data is becoming increasingly siloed and walled gardens of all types will spring up. Each of which will be festooned with its own first-party data banner. Agencies and clients working across this landscape will require new highly flexible partnerships focused on identity, privacy and measurement to reach their goals. “Tracking, scale and attribution on conversion-based campaigns in a post-iOS 14.5 world just gets harder and harder,” said one frustrated digital buyer.

Pivoting from vendor to partner

Coming out of the disruption of the coronavirus pandemic and the demise of the third-party cookie, agencies are having to take on roles that hew more toward consultation than tradition agency representation. Agencies must become business solution analysts and collaborators to remain vital. They must also work hard to become new leaders in this space — and be compensated for these skills. As one town-hall participant put it: “Media compensation is almost always anchored to spend, which is tough when budgets are small, and the time of staffing isn’t commensurate with that spend.”

Creative is more important than ever

The complexity of marketing options media agencies are pursuing for clients is requiring more definitive input into the creative process. Gone are the days when a 30-second video spot can be repurposed on Facebook or TikTok. In fact, creating a video spot for Facebook can’t be repurposed for TikTok. The creative explosion is underway but greater media input is required to guide the creative process. “One pain point for us is convincing clients to make or approve creative that is native to TikTok rather than repurposing polished commercials made for another platform,” said one attendee.

Total number of attendees at last week’s Media Buying Summit: 187, of which just under half hail from the agency world; the remaining were tech vendors, publishers and brand folk.

In other industry stats, according to the most recent Social Media Trends Report from Talkwalker and HubSpot, TikTok is about to make the world say, “what’s Facebook?” The report, sourced from Talkwalker’s Consumer Intelligence Platform, found that TikTok experienced a 61% increase in mentions year-over-year during the first half of 2021, while becoming the first non-Facebook app to reach 3 billion global downloads. Even TikTok’s new resumes feature took off, predominantly among young job seekers, with #TikTokResumes generating more than 300 million views.

“We kind of sell ourselves short by talking about things in terms of a return on ad spend or an immediate direct correlation to sales. I’m not saying you don’t have to measure that, but having to justify content and creative and the production cost that goes into that is much easier to swallow and digest on the brand side if you then talk about lifetime value and what ultimately gets created.”

A digital buyer during a town hall session at the Media Buying Summit.