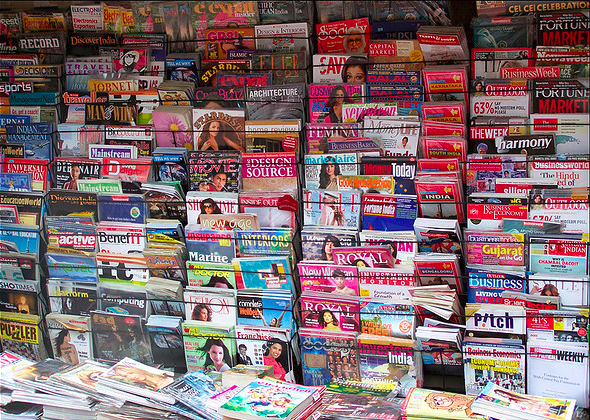 What do The New Yorker, People Magazine, Rolling Stone, Health Magazine and National Geographic have in common? Each magazine has eclipsed 1 million followers on Twitter. While numbers aren’t as important — anyone can buy followers — a look at how these publications reached and then maintained those high numbers reveals an interesting paradox: If social media is about engagement, why do these top magazine brands succeed in gaining followers when all they do is pump out its own content?

All outlets are not created equal, but social networks have proven to be somewhat of an equalizer for media brands. The iconic Time with its 3.4 million Twitter followers is put in the same category as celebrity rag People, which sits at 3.6 million followers. Interestingly, four of the five most followed magazines are Time Inc. publications: People, Time, InStyle and Entertainment Weekly. Women’s Wear Daily rounds out the top five.

What they have in common is that they use Twitter, for the most part, as a glorified RSS feed, pumping out stories from the outlet. There is little of the conversational aspect from their feeds. The closest they come to veering from the headline-and-links formula is using their accounts to promote writers.

Still, the outlets that reside at the top of the follower heap all subscribe to the push-content philosophy. After all, for publishers the end goal is clicks on links, not generating conversation. Some publishers outside the top five veer off script. The New Yorker actively tweets questions to its almost 1.5 million followers.

“We’ve done a few interactive projects on Twitter where we ask our followers a question,” said a New Yorker spokesperson. “We celebrated our 1 millionth follower by asking people what their favorite New Yorker story is to enter to win a subscription. We received almost 1,500 responses, and 41 people joined Twitter just to participate (their first tweet was their response to our question).”

Another common trait among the top magazine brands is how often each tweets out articles: more than 25 per day for the top five. This speaks to two things. One, content is king. The 3.6 million followers of People’s Twitter feed love getting information about celebrities. The 1.4 million New Yorker followers are interested in getting the high-quality journalism the magazine creates. Two, timing is everything. By continually tweeting out stories over the course of a day, a publisher not only drives traffic — no matter how incremental — but keeps the outlet top of mind for the user. Plus, if an outlet only tweets a couple of times a day, those tweets will most likely get lost in the torrent of other tweets.

But the secret to success for magazine publishers on Twitter appears not very different from the playbook for their magazines: create great content.

“Part of it is to adhere to best practices: tweet interesting content and look for what people are interacting with and what topics they seem most interested in,” said the New Yorker rep.

https://digiday.com/?p=11466
Most Read
Trending in Publishing in the Platform Era
Digiday Top Stories