Media Buying Briefing: Is Super Bowl LV on third and long, trailing in the game? 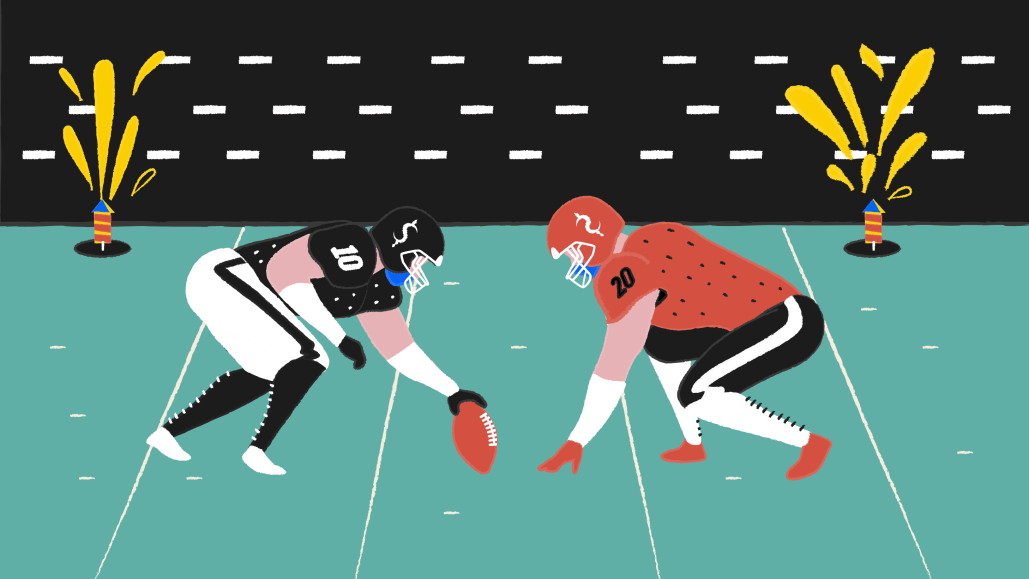 Welcome to the Media Buying Briefing, a new weekly feature for Digiday+ members that goes deep into the world of media buying and media agencies, including the news, developments and trends impacting everything from the major holding-company shops owned by IPG, Publicis, WPP, Dentsu, Omnicom and Havas, as well as independents as big as Horizon Media, but also smaller agencies all over the world.

We’re making this new briefing available to anyone for one final week, after which it will be exclusively available to Digiday+ members. Join Digiday+ now to prevent losing access, and use promo code MEDIABUYING for 10% off a 1-year membership.

This year’s Big Game, Super Bowl LV, is set to be played at Raymond James Stadium in Tampa and carried on CBS Sunday Feb. 7. Usually, the buzz around who’s in and who’s out among advertisers would be in high gear, with leaks of new spots, which are going for about $5.5 million per :30, out in the market.

But as it has with almost everything in our lives, the coronavirus pandemic has affected this national — actually international — media event. For one, CBS still has inventory to sell — last year’s Super Bowl on Fox sold out by about Thanksgiving. Many longtime advertisers have decided to sit out, including Hyundai, Avocados from Mexico and Little Caesars. And though a few spots have debuted, it’s not the torrent we usually see. Cheetos just put out a suspenseful teaser starring Ashton Kutcher, but not much more is happening.

There are some first-time advertisers in this year’s game, including Fiverr, Vroom and Scott’s Miracle Gro at the time of this writing, alongside returning stalwarts like Anheuser Busch and Toyota. And though Pepsi will not advertise in game, it continues its tradition of hosting the halftime show, which this year features The Weeknd.

Outside of the broadcast of the game, brand activators around the Super Bowl ordinarily would be plotting their trick plays to gain attention and clicks, but given there’s going to be limited in-stadium attendance, even that’s muted at this point. Who does this affect the most? Tampa itself.

“Nobody’s getting hurt more by this scenario than Tampa, its businesses, and the activation opportunities that normally take place all around the Super Bowl,” said Jeff Gagne, svp of strategic investment at Havas Media. “Locally in Tampa, it’s not going to be anything like what we expected.”

It will be interesting to see how ratings pan out for Super Bowl LV. Since there will likely be fewer Super Bowl viewing parties across the country as a pandemic precaution, more viewers watching from their homes could goose ratings. Indeed, one buyer noted that HUT levels were up over the Thanksgiving and Christmas holidays.

However, a small-market matchup (Buffalo/Cleveland, for example) could result in diminished viewership. Another bad harbinger: Last week’s college football championship matchup that saw Alabama crush Ohio State experienced a 7 million viewer drop-off from the equivalent game in 2020. To boot, both the NBA Finals and World Series also suffered low viewership.

Jeremy Carey, managing director of Optimum Sports, the sports media and marketing arm for Omnicom, notes that the other sports events represent an apples-to-oranges comparison to the Super Bowl. “College football [ratings were] affected by a limited schedule — Ohio State only played nine games” to get to the Bowl Championship, he noted. However, Carey also pointed out that the highly polarized social and political climate after the insurrection at the Capitol building and Inauguration Day could have an impact on final viewership. The NFL and its players have strongly embraced pro-social issues such as the Black Lives Matter movement.

A low-rated Super Bowl wouldn’t help a marketplace that already is short of GRPs in sports. As one buyer who spoke on condition of anonymity noted, the impact of shifting of schedules in sports for every advertiser was so significant that sports rights holders owe advertisers something back. Perhaps it’s not a bad thing if CBS doesn’t sell out — a Super Bowl spot forgives a lot of makegoods.

At least we’ll still have a Super Bowl, which helps all Americans feel just a bit more normal, especially in light of how the new year has started on a political and social level. “It’s business as usual as far as a television property,” added Havas’ Gagne. “I’m sure as a viewer if you watch this in a time capsule, this year will look different. But [the NFL and the TV networks] have learned how to pull off these games over the last several months.”

Every year, the Association of National Advertisers polls its members to select a word that best fits the prior year, and this year’s is the very apt “Pivot.” In a blog entry authored by ANA’s group evp Bill Duggan, he cites a few of the biggest pivots of 2020 such as Warner Bros. announcing its theatrical film lineup for 2021 will be simultaneously released in theaters and HBO Max. He ran several members’ anonymous quotes, but this one stood out: “2020 was all about pivoting: marketing strategies, brand messaging, budgets, audiences, campaigns, etc. Whether for COVID or inclusion/equality, this year we saw more pivoting, zigging, and zagging than ever.”

Reports last week that the organizers behind the International Festival of Creativity, aka Cannes Lions, are planning to put on an in-person event this year left many an agency executive scratching their heads. For one, who actually feels up to flying these days, especially overseas? For another, it’s not like every agency had a great year financially, holding company or otherwise. Cannes could end up being more akin to a Sun Valley-style small event attracting only the crème de la crème of agency corner offices. Who’s to say if that’s a bad thing or not?

“There were 900,000 podcasting titles in January 2019, and we’re tracking 1.2 to 1.5 million [today]…The biggest challenge I see exist in the podcasting space — there’s not a competent third-party company that’s measuring audiences. We’re using publishers’ first-party data right now to get download information…We came up with an automated tool where we pull our publishers on a regular basis, and we’re able to determine by vertical or genre what the best places to be are for our clients…We also subscribe to Magellan, which is a competitive intelligence tool to help guide some strategy and planning conversations.”

—Agency holding companies aren’t exactly at their strongest entering 2021, after such a tumultuous year. Senior news editor Seb Joseph looks at the interest from private equity firms in possibly investing in or acquiring holding companies because it’s a perfect arbitrage opportunity.

—Senior marketing editor Kristina Monllos reports that creative agency Mother is fed up with working with other media agencies that don’t seem to care too much about what they’re doing, and is launching its own media operation, Media by Mother. An ex-WPP exec and an ex-Accenture exec will co-run MbM.

—ClickZ is declaring that the time is right for augmented reality to go mainstream, thanks to advances in AR-enabled smartphones and wearables, and the still-just-over-the-horizon advent of 5G technology. Marketers are expected to jump on the nascent technology as Gen Z grows into a consumer force.

—VaynerMedia founder Gary Vaynerchuk is altruistically taking a break from promoting himself to promoting others, via VaynerTalent, a standalone company that combines talent representation and talent consulting. According to this Entrepreneur story, Vaynerchuk has been mulling the idea for four years.