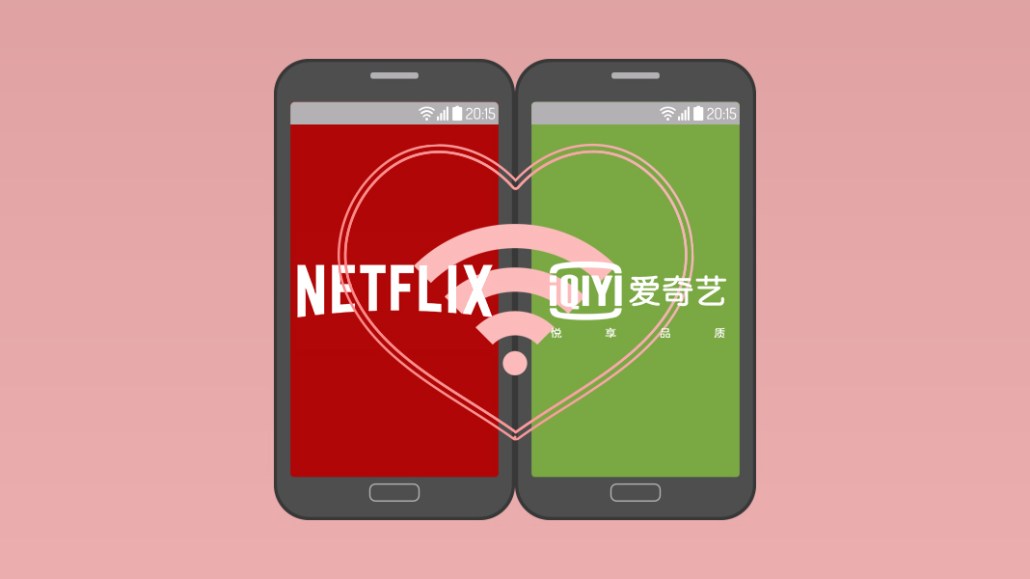 Netflix had been exploring the possibility of entering the Chinese market for years, and it finally made it happen on Tuesday through an original content licensing deal with iQiYi, a Baidu-owned Chinese online streaming service that has over 20 million paid subscribers.

While Netflix declined to give out much detail, the deal will help Netflix reach China’s 731 million internet users, 30 percent of whom watch online videos every month, as the company’s U.S. subscribers are dropping. In spite of some potential risks like a government shutdown of Netflix and lengthy content-approval process, partnering with a local company is the only way for Netflix to expand into China.

“China is a badge of pride in the streaming service game. Netflix has used all the resources to enter China, but it just cannot do so on its own,” said Peter Csathy, founder and chairman of CREATV Media. “This partnership is a smart move and Netflix’s only move.”

Csathy thinks the partnership can either be a pure content-licensing deal or a subscriber revenue-sharing deal. It is a boon for both Netflix and iQiYi because for the former, Chinese regulators have barred international media companies from operating video streaming services, but a partnership with Baidu could help smooth things over with the government, according to Mark Tanner, managing director for Shanghai-based marketing consulting firm China Skinny.

“Baidu also has some great data through its search engine and other assets to help guide Netflix with content development,” said Tanner.

IQiYi has introduced many popular original series just like Netflix, but the company hasn’t yet made a profit since Baidu acquired it in 2013. IQiYi’s content-production costs reached around 7.9 billion yuan (around $1.1 billion) last year, according to Baidu’s most recent earnings report.

So Netflix’s programming can relieve some production pressure from iQiYi and its parent company, Baidu, along with helping the two meet Chinese viewers’ demand for online entertainment, Tanner added.

But it’s also a risky move for both Netflix and iQiYi. Netflix typically produces its original series by season and finishes a week or two before they air. That would be a problem if Netflix wants to release its new programming in China at the same time as the rest of the world because the Chinese government needs to review the whole season in advance. That means Netflix would have to leave enough time for the Chinese government to review somewhere between 10 and 15 hours of content before the launch date, according to Alan Wolk, a TV industry analyst.

“The Chinese government review board is not going to go out of its way to work overtime to accommodate Netflix,” Wolk said. “So the Chinese market will probably get new series a few weeks later than the rest of the world. Since reviews and comments are already online, this may not sit well with Chinese viewers and may affect how much they will pay iQiYi for the service.”

Meanwhile, Netflix is not the first Western company that has big ambitions in China. Apple and Uber also do, but the former was forced by Chinese authorities to shut down its iBooks and iTunes services last year, while the latter — which partnered with and received investments from Baidu — exited the Chinese market last year.

“One concern is Netflix will become the victim of its own success,” said Wolk. “Netflix will likely get shut down by the Chinese government if it is big enough to compete with local companies. If that’s the case, it’s even riskier for iQiYi.”

But CREATV Media’s Csathy thinks Baidu’s partnership with Netflix is very different from the one with Uber because Netflix has probably already gone through the proverbial wringer with Chinese regulators.

“It seems clear that Baidu is in control with this Netflix partnership, so Netflix’s success would mean Chinese success,” said Csathy. “The main issue is content — what will fly with Chinese authorities.”