How PopSugar is benefitting from the at-home fitness boom 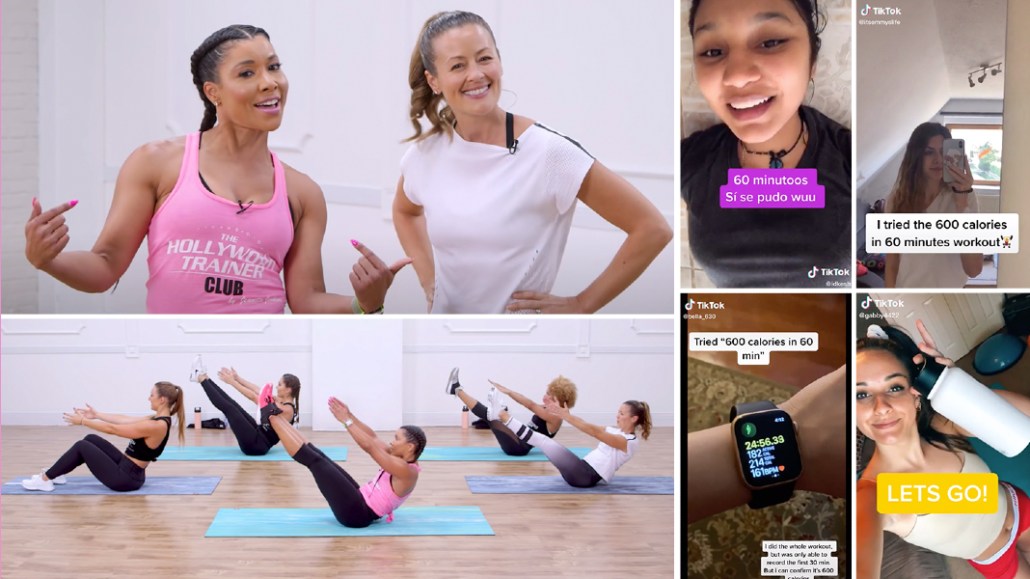 Gyms and fitness studios have been closed for upwards of two months and people who are trying to stave off the “quarantine 15” — but can’t afford at-home equipment like the Peloton bike or the digital training Mirror — have been turning to digital publishers’ free online workout class alternatives.

In the past two months, PopSugar’s fitness vertical has seen its YouTube channel add nearly 1 million subscribers, bringing its total to 4.6 million. Additionally, time spent on its videos is up 90% month-over-month from March to April, making April the channel’s top-performing month ever, according to the company’s YouTube analytics.

YouTube is not exempt from the fact that right now increased audiences do not equate to more advertising revenue. Like any other digital platform, advertising is down, with two publishers reporting last month that CPMs had fallen more than 20% from record earlier this year. PopSugar has seen a decrease in CPMs on the platform, but a source familiar with the brand said that it is lower than that 20% figure.

But PopSugar general manager Angelica Marden said that there has been an increased interest from fitness brands who see this time as an opportunity to sell their products to fitness enthusiasts who are stuck at home.

“The conversations in the fitness space are completely unusual,” said Marden. “It’s greater than your usual ‘new year, new you’ burst of conversations that we normally have in January with partners. It’s a moment for fitness.”

And with canceled in-studio production, Angelica Marden, general manager of PopSugar, said that it has been difficult to produce new videos for the platform, which in turn makes it harder to apply “brought to you by” and product integration ad spots.

One Father’s Day campaign for Fitbit was able to be produced from a trainers’ home, but otherwise, where there isn’t the ability to have new production, she said her team is just focused on trying to grow distributed revenue.

On IG Live, fitness instructors, like those from Barry’s Bootcamp, have been streaming 30 minute workouts from their homes. Marden said that her team has begun selling “brought to you by” or product integrations within those live streams.

So far, several of these IG Live spots have sold, she said. She wouldn’t disclose the price but said that they are priced very similarly to other sponsored Instagram Stories.

Traditionally, brands in the fitness and weight loss category operate seasonally with their ad spend, with the New Year’s and the start of summer being two keystone areas for running more extensive campaigns, said Jon McGraw, director of strategy and planning, owned and operated at advertising agency Blue Wheel Media.

March through May would typically see significant decreases in terms of advertising, but without access to gyms and the increase in habitual snacking, he said fitness and weight loss brands see an opportunity to step in. “We’ve certainly seen aggressive ad spend increases when we wouldn’t have seen it,” said McGraw.

One area for PopSugar that is still free of both advertising and reader revenue that was built with the intention of having a paid subscription model is its Active platform, which was rolled out two months ago. It now has more than 80,000 active users, according to Marden, and is currently being used to fill the funnel with potential subscribers for once the pandemic is over and the product becomes paid.

Overall, Marden said the conversations that PopSugar is having with its advertisers are “on track” to getting the number advertising deals — which still accounts for the bulk of the brand’s revenue — back to what they were before the pandemic.

https://digiday.com/?p=367770
Most Read
Trending in Beyond Ads
Digiday Top Stories