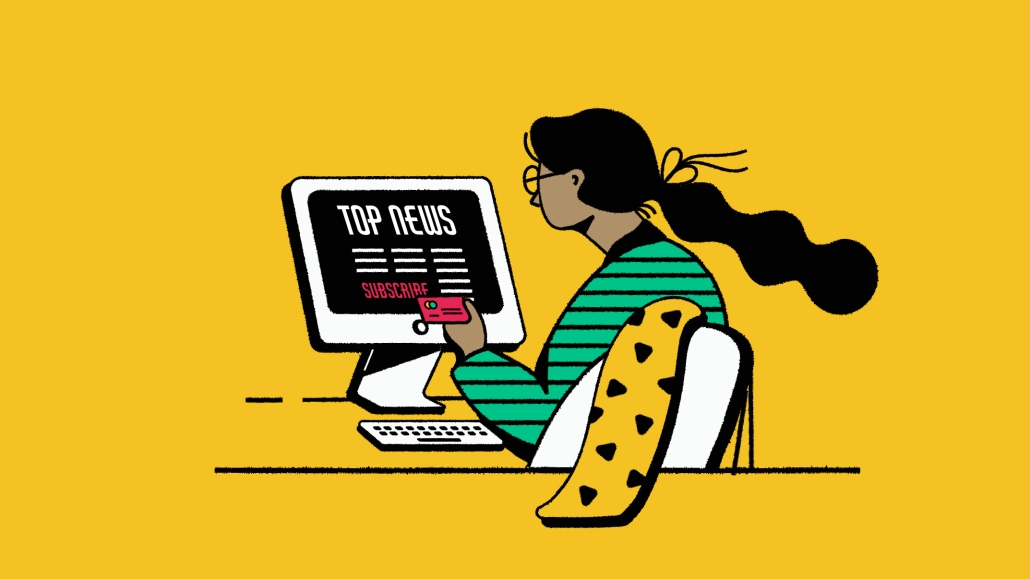 One of many trends accelerated during the pandemic was the surge of journalists and media professionals who set out on their own to launch new journalism products and media companies.

Whether the idea to do this was born out of the circumstance of layoffs or from the allure of monetizing their writing directly, platforms like Substack made this transition easier, but becoming one’s own boss, editor, marketer, accountant and salesperson is no easy feat.

Last year, Google News Initiative launched its Startups Boot Camp as a resource for these media entrepreneurs. The eight-week long, virtual online course is meant to give 24 journalists the tools needed to take the first step in becoming media company founders, according to Phillip Smith, who lead the creation of the program and is also the founder of the Journalism Growth Lab. Now the boot camp is opening up again for its second cohort, which will begin on September 7.

The goal is to “basically de-risk their idea before they launch,” said Smith, adding that while the program is open to non-journalists as well, all of the business ideas are meant to put journalism front and center.

The boot camp is completely free to participants and does not include any future revenue share contracts post-graduation, Smith said. That’s because it is fully subsidized by the Google News Initiative, a division of Google that pledged $300 million in 2018 to supporting media companies and journalism with a variety of revenue-driving projects. Smith shared the learnings from the first boot camp and what is being modified this year to better support the startups that come through the program.

Below are highlights from the conversation that have been slightly edited and condensed for clarity.

What inspired the Startups Boot Camp?

What I set out to do is to help those individuals who are typically leaving journalism jobs or journalism organizations — either because they’re inspired or because they’re desperate if they see that writing on the wall for a lot of traditional news organizations — to start something new. They are often coming with a depth of journalism and reporting experience, and usually a lack of business, marketing and operational experience. What the boot camp attempts to do is to give them a very deep immersion into all of these areas that they’ve got a little less familiarity with. My passion is really to try and help individuals that see that there is a desperate need for more reporting and information products in the United States and Canada, who recognize that the shrinking of the traditional journalism industry is having an impact on local news coverage.

Have you seen the trend of entrepreneurialism in journalism increase since platforms like Substack have come along?

I believe it’s like anything, where once there’s more public awareness of something like Substack success stories, more and more people start to believe that it’s possible and it might apply to them too. In terms of the boot camp itself, I wouldn’t say that a large percentage of people applied because they had seen a specific person launch and be successful, I definitely felt like the motivation was deeper.

In designing the boot camp, I spent a year interviewing people who had started journalism [businesses], both those who have succeeded and those that have failed and there were some common patterns. [There were] almost zero times that people [said], “I saw somebody else do it, therefore, I could.” It was more often than not, “I saw that my hometown no longer had a newspaper and I felt like there was an opportunity to go there and deliver reporting to a place and people that I care about.”

Many people recognize that the trend of stories of people succeeding on Substack and other platforms is sensationalized a bit. Many people in the program are journalists and journalists are natural skeptics. Therefore, I think they have a healthy sense of skepticism towards how much that can apply to anybody. And we make it really clear when people are coming into the boot camp that it’s hard work, and that not everybody’s going to succeed.

What are the first 24 boot camp participants up to now? Any success stories right out of the gate?

These projects only graduated in December 2020, so many of them are under six months old. I think the biggest thing to report is that we’ve assessed that at least three-quarters of projects are still fully active. And almost half of the projects are not only active, but growing. Roughly 40% of the projects have begun to bring in revenue, so that means there’s some revenue that’s arriving directly from either readers, supporters, donors or foundations, advertisers or sponsors. And of those that are bringing in revenue, most of them have embraced a mixed model, so there’s revenue coming in from more than one source, which is something that we really encourage people to to think about doing.

What are some of the common challenges that are maybe unexpected by these journalists-turned-entrepreneurs?

There is a natural momentum that people have towards falling in love with their own idea. And this runs in contention with de-risking your idea, because if you are in love with your idea, you’re unwilling to be objective about it. We ask people to test [their] idea with real people through different tactics, and the first and foremost tactic, which also should be very easy for people coming from a journalism background, is to interview the people that might be the beneficiaries of the product that you’re going to launch. That initially was why this was designed as a remote program, so that journalists who were in a small town could walk out, pre-pandemic, to the coffee shop, and actually have conversations with real people that might interact with your product down the road.

What are some of the changes that you’ll be addressing in round two of the boot camp?

We want people to leave the boot camp, you know, 100% tooled and ready to be successful. And that seemed to be something that a lot of people spent a lot of time on after the boot camps, we want to address it early. So actually helping people in the first week or two to register their new initiative and then give them the support needed to actually get moving, get registered, get set up with some basic accounting software, because it seemed to be a hurdle at the end.

I personally pushed against the idea of introducing the tech stacks to the participants in the last boot camp, but then watched them all grapple with those questions close to the end. For this year’s program, we’re going to do the absolute opposite [and] invite all the platforms to come and present to all the participants.