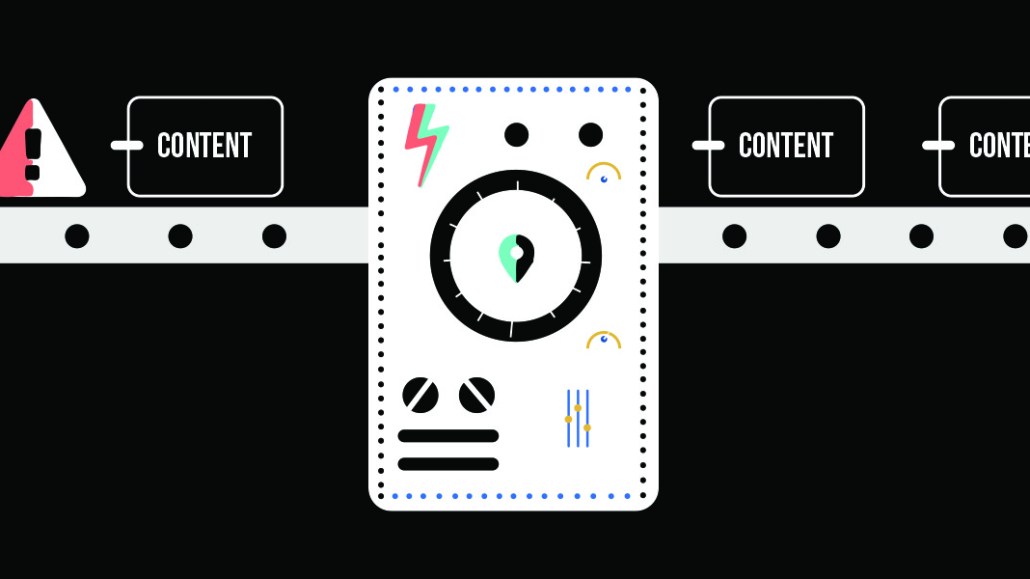 Last spring, the Guardian remodeled its content studio Labs to align more closely with the rest of the newsroom, in order to make its campaign output more efficient. The goal: to remain competitive in a consistently cluttered paid content market and increase its financial contribution to the publisher on its road back into the black.

So far, so good. Although the Guardian doesn’t break out what slice Labs revenue contributes to the overall £108.6 million ($140 million) digital ad revenue pie, content studio revenue has risen 66 percent in the first half of this year, compared to the first half of last year, according to the publisher. The average value of its larger deals, which are over £100,000 ($130,000) have also increased by 36 percent, according to the publisher. Client retention rates have also increased, though it wouldn’t give a a specific percentage.

Instead of its former agency-like model, the restructured 62-person Labs team resembles a commercial features desk that more closely mirrors the publisher’s editorial desks in terms of structure and project execution.

Ensuring the Labs team has the skills to deal with changing client expectations — and establishing a structure to cope with fast brief turnarounds — has led to outsourcing less work, and relying less on off-site paid distribution, according to its two leaders executive director Imogen Fox and director of sales and strategy Adam Foley.

“The honeymoon period branded content had from having to drive hard metrics is over,” said Foley. “I worry that branded content can be very vulnerable on the media plan because it’s seen as a luxury. When we lose business, it’s not often to competitors; it’s because budget just gets pulled from branded content completely.”

Every Labs project is designed to resonate with and target readers wherever they may expect to see a type of content. That’s partly thanks to the commercial team getting access to in-house data-analytics tools, like Ophan, long used by the Guardian’s editorial team. But also adding staff in the right places: Campaign discoverability is now the job of three commercial audience editors who analyze data to determine sweet spots for where, when and how content should appear in order to be of interest to the right target audiences, on and off site.

Last year, the Labs team published 1,199 text articles, 65 videos, 12 interactives and 55 image galleries on behalf of clients including Natwest, Spotify, Google and Airbnb. On average, an individual spends 2.3 minutes with Guardian Labs content per campaign, according to the publisher. In some campaigns, this has risen to six minutes.

Each brief is assigned a core, four-person team spanning sales, strategy, editorial and project management skills. They receive input from across Labs where necessary, but they are the point of contact. “People are often braver with their ideas when there are fewer of them. There’s no danger of decisions by committee,” said Foley.

This leaner structure enables the team to juggle 40 campaigns simultaneously and respond to the average 16 weekly briefs, according to Fox. “It’s more efficient now. As a news brand, you’re used to producing something within the hour. Having a commercial features desk that is stacked with that level of editorial experience means no one is scared by the speed,” she added.

This structure has helped Labs win awards for campaigns like The Chain — devised collaboratively with Google, Essence and OMD agencies. Google’s brief was to increase the desirability of its Pixel 2 mobile handset. The Guardian recruited 10 top fashion influencers — including model and activist Adwoa Aboah — and asked them to film their responses to how they challenge the status quo in their own lives on the Pixel 2 handset. The Labs team then created a glossy print magazine from the content produced, which was distributed at fashion outlets around London. The six-week campaign also involved short-form video spin-offs from influencer content, which ran on the Guardian site and on Instagram and Facebook, generating 430,000 video views during the campaign, according to the publisher. More importantly, purchase intent for the phone rose 40 percent, according to the Guardian.

Publisher content studios aren’t without their challenges. Producing high-quality content and distributing it at the necessary scale makes for tight margins. Foley said making Labs content more on a par with what people expect from Guardian editorial, in terms of style, tone, and stance, has helped it protect its margins. While paid content is clearly labeled, it has better visibility on the Guardian site. “It means we can deliver our targets without having to spend so much [on paid social],” he added.

Agency demand for deep publisher audience insights that can shed light on which topics are shaping audience behavior and how they can tap into that on behalf of clients, remains high. “Any content studios that invest in insights are therefore a cut above,” said Laura Wade, vp of content and innovations at Essence. Guardian Labs is further ahead on this than most, she added.

“I’d be wary of signing off a branded content piece for a client if ROI was their core metric — there are other channels that can guarantee that. It’s difficult to guarantee that ROI with branded content because it is so subjective, and there are so many moving parts in terms of the execution — even though the sales results can be phenomenal,” said Wade.

Guardian Labs’ repositioning to a commercial features desk more closely tied to editorial has been welcomed by agencies in general, who say it is an easier sell-in now for clients.

“Content partnerships are difficult, expensive and can divert money from media — through content production for example. So on the surface, they often don’t look like the best investment,” said Graham Martin, head of publisher at Total Media. “However, if they are underpinned by a sound strategy and everyone is honest about the outcomes expected, then they can be very powerful.”