‘It gave me a moral, social and political compass for life’: Music albums agency execs can’t live without 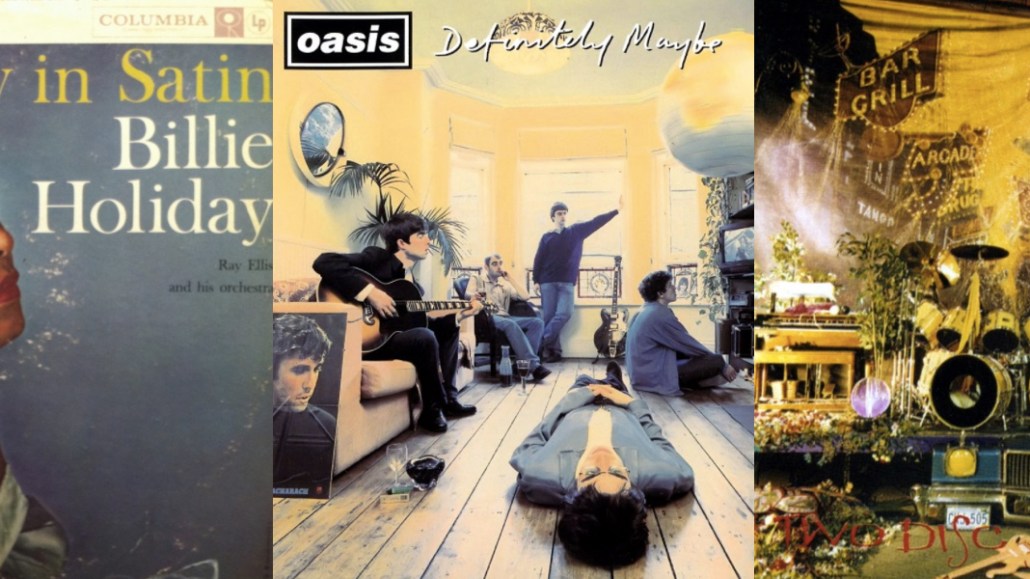 It’s the dog days of summer, and a bit of escapism is called for, whether it’s in the form of a beach read, a podcast or simply a timeless favorite album.

We asked some of the agency world’s most passionate music geeks what albums they can’t live without. Here are some of their picks:

Hattie Whiting, managing partner, DigitasLBi
Album: “Sign ‘O’ the Times,” Prince
Listening to this for the first time as a young teenager rocked my world. Prince’s music was bolder, and his lyrics ruder, than anything I’d ever heard before. It’s up when I need to dance, gently amusing when I need comfort and the title track reminds me that every generation has had its moment when they think their world is going down the shitter.

Allan Blair, head of digital Planning, J. Walter Thompson London
Album: “Fun House,” The Stooges
The Stooges is to many a tuneless dirge of a band fronted by a tiny, crazy, shirtless man covered in peanut butter, but to me, the greatest rock ‘n’ roll band of all time — a shining beacon of creativity, rebellion and freedom. When I first heard them at the age of 13, they blew my tiny mind and have been my favorite band ever since. I currently own five versions of this LP and have seen Iggy Pop live more times than is healthy for any human being. To paraphrase the great Henry Rollins: “If you are in a band and are trying to make the perfect album, then give up now. The Stooges already did it 40 years ago — twice.”

Jean Lin, Isobar Global CEO
Album: “The Lady in Satin,” Billie Holiday
Billie’s voice is both soothing and powerful — sweet like Baileys, warm like a latte, but sad like a love story. As someone without much formal music education, her voice speaks truly of her natural talent and honest soul. The sparkles of creativity in her voice have always been one of our favorite Sunday evening choices, when all four of my family try to catch up on our work after dinner in the family room ahead of a hectic Monday start.

Tom Hostler, co-founder, Poke
Album: “London Calling,” The Clash
I was 14 when I first heard Joe Strummer’s rousing call to the disillusioned everywhere, that opening title track of the Clash’s magnum opus. That was the moment I realized there was a life beyond the town and safe suburban lifestyle I was comfortably experiencing at the time. In just 65 minutes, across 19 tracks, the listener is taken on a rapid journey through punk, ska, rockabilly, pop, reggae, soul and jazz — a musical snapshot of all that is Great Britain. It gave me a moral, social and political compass for life that continues to guide me to this day. Elevator! Going up!

Wayne Deakin, executive creative director, AKQA
Album: “Definitely Maybe,” Oasis
Music style has never been my strong point as my tastes are all messed up, so choosing one is ridiculously hard. “Led Zeppelin IV,” “Nevermind,” “Back in Black,” “Blood Sugar Sex Magik,” “Best of Bee Gees,” Kylie Minogue’s “Fever,” maybe “The Marshall Mathers LP,” maybe “Hot August Night” by Neil Diamond or could it be “In the Wee Small Hours” by Frank Sinatra. If I had to choose just one at gunpoint, then Oasis’ “Definitely Maybe.” Fits any occasion, any company.

Carrie Murray, nanny, new business/PR, Mother
Album: “Whatever People Say I Am, That’s What I’m Not,” Arctic Monkeys
I love this album. It changed my outlook on music entirely — saved me from a life of boring, generic pop tunes. The originality and honesty of the lyrics, the fact that everyone of that era could relate to the humor in at least one of the stories, hugely catchy riffs and tunes (there isn’t one song I’d call a “filler”) and the energy behind the whole thing means it couldn’t fail to be a winner. And [it’s] arguably the best debut album of all time. It’s 11 years old now, and I still listen to it endlessly.

Jonathan Terry, head of live, J. Walter Thompson London
Album: “Pet Sounds,” Beach Boys
I couldn’t live without “Pet Sounds,” one of the 20th century’s greatest albums that stands the test of time. It was unpopular at the time of its release due its high-concept material and departure from straight-out pop. Far more diverse than any prior Beach Boys albums, it produced the classics “God Only Knows,” “Sloop John B” and “Wouldn’t It Be Nice.” “God Only Knows” makes me cry nearly every time, and my kids (ages 6 and 4) go strangely quiet in the back of the car while they soak it up.

Sophie Maunder CEO of VCCPme
Album: “The Lion and the Cobra,” Sinéad O’Connor
“Troy” is the most incredible song ever (yes, it even just beats “Bohemian Rhapsody”), sung with so much heart, sadness, power and fight. This is the song I live my life by. It’s seen me through every important moment in my life since I was 16: exams, breakups, divorce, marriage, deaths, even births. Sinéad was born with a talent she could not contain, and I hope, having seen her on YouTube pouring out her soul for us yet again, that she can continue to live with it and not die because of it.

Tom Ollerton, innovation director, We Are Social
Album: “New Age | Dark Age,” Karma Fields
Karma Fields approaches artists with mysterious metal cards, scratched with a single IP address that can lead to a single private chat room where their tracks are created. No one knows much about Karma Fields or how their music [artificial intelligence] actually works, but while it’s not really my cup of tea, conceptually it’s fascinating and a portent of the future of the music industry — and even the wider creative industries. But for a true musical classic, give me the Rolling Stones’ “Let It Bleed” any day of the week. You can’t yet automate greatness.

Hear more from executives at J. Walter Thompson, Isobar and more at the upcoming Digiday Agency Summit. Learn more about joining us here.