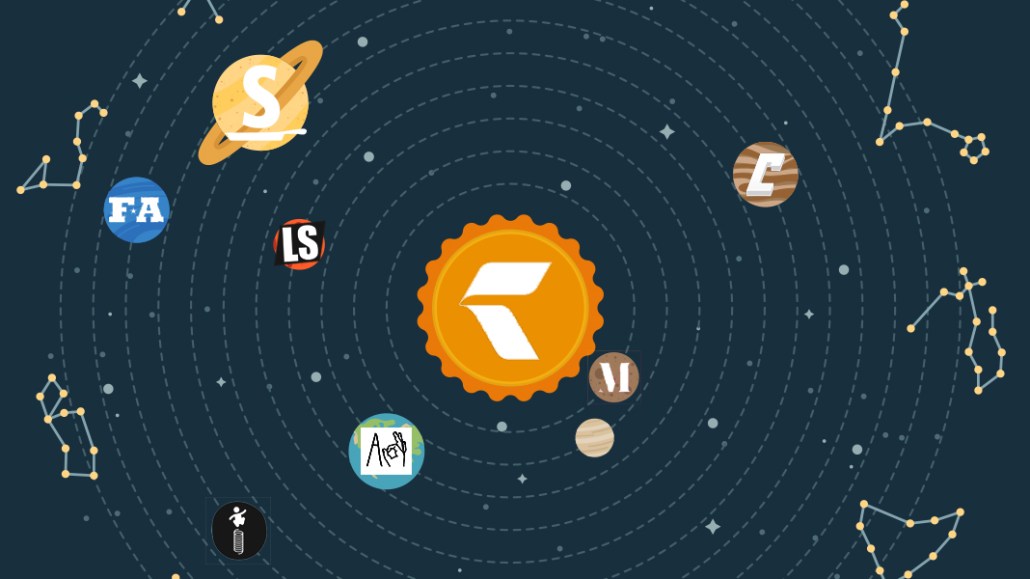 Gizmodo Media Group is trying to get bigger by thinking smaller. Last week, the Univision-owned unit launched Offspring, a parenting channel under Lifehacker, its service-oriented site. It’s the second vertical Gizmodo launched this year after Compete, about e-sports, came in February, for a total of nearly 40. Gizmodo, formerly Gawker Media, said it plans to launch more this year, but declined to give a firm number.

Gizmodo isn’t alone. Publishers including NBC News, HuffPost and Dotdash have taken a vertical approach to improve their chances of reaching audiences on an internet cluttered with content and selling advertising against them.

But whereas other publishers including HuffPost take cues from the engagement on social platforms and what does well in search, Gizmodo launches verticals based on what its readers do on its own platforms.

For example, the idea to create Compete came after Deadspin and Kotaku editors noticed that their stories about e-sports were getting a disproportionate amount of traffic and comments.

“Nine times out of 10, these ideas come from edit,” said Mia Libby, svp of ad sales at Fusion Media Group, which handles ad sales for Gizmodo Media Group. “We’ve never had a vertical that was sales-driven.”

Gizmodo is launching its verticals with scant resources. While Compete has three staffers contributing to it on a daily basis, other verticals including the Skillet, which is part of Lifehacker, or Kotaku’s Sploid, have just one writer. Offspring launched with just archived content it had gathered from Gizmodo sites including Lifehacker, Jezbel and Deadspin. The company is currently hiring an edit and video staff for the site, said Lifehacker editor in chief Melissa Kirsch.

For now, that minimalist approach also means no dedicated social channels for these smaller verticals. Where some publishers have launched verticals to live solely on Facebook or Instagram, Gizmodo is keeping everything on its owned-and-operated platforms. The strategy could limit the kinds of work it can do with advertisers, though.

“Whether it’s Vice or Gizmodo or whoever, more verticals is not necessarily the solution for performance marketers,” said Brian Aitken, vp at the media agency Assembly. “Maybe Offspring will solve a marketing problem for contextually relevant brands like Pampers, but if I can’t reach the people within my audiences across channels, then the new vertical hasn’t solved a marketing problem for me.”

Libby said she believes the company’s approach will serve readers and advertisers over the long haul, though, saying there have been 25 sponsors on vertical sites in the past 12 months. “The key for us is to come up with a strategy for longevity,” Libby said. “We’re not just standing these up for the sake of having them.”