After 18 years, About.com is rebranding as Dotdash 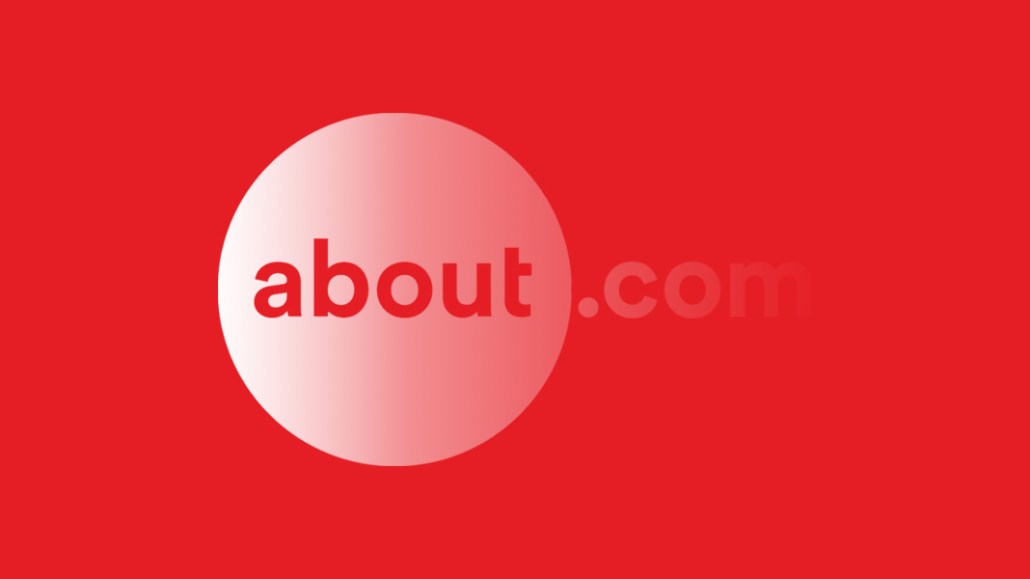 On Tuesday, About.com is going to change its name. The digital publisher is expected to announce at the Collision Conference that it will henceforth be known as Dotdash (pronounced “dot-DASH”).

The new name is supposed to work on multiple levels. About CEO Neil Vogel said the dot is a nod to the period that was core to the publisher’s old logo, while a dash is a typographic symbol used to move things toward what’s next.

Oh, and dot-dash is also Morse code for the letter A, as in “About” — “a little Easter egg,” as Vogel put it.

The new name follows a two-year rebranding process for the 20-year-old company (it began as The Mining Company in 1997). It began with Vogel’s decision to break the portal into five verticals, starting with its health site, Verywell, last spring. Other media companies have pursued that same strategy to improve relationships with advertisers, including HuffPost, which went through its own rebrand recently.

The process will finally end when it unveils its travel-focused site later this month. Vogel said he wanted to get to the name change to support a marketing push, which will be accompanied by a trade-marketing campaign.

“We’re going to spend real dollars,” Vogel said of the campaign, declining to be more specific.

About’s parent, the internet-holding company IAC, decided to rebrand the publisher because while it had name recognition, its articles were so broad that nobody thought of it as a go-to resource for any one topic.

Or, put another way: “[About] has 100 percent brand recognition, aided,” Vogel said. “Unaided, we were zero.”

Vogel wanted to wait until the verticalization process was at least partly complete so that no matter what people thought of the new name, there was a case to be made that the company was different from the one agencies or brands were familiar with, a mistake that some could argue was made with Oath and Tronc, two companies sewn together out of disparate parts that had not yet begun to work together.

“It helps take away that risk of going through the commitment [to a new brand],” said Leesa Wytock, the director of digital experience at Siegel+Gale. “If they’ve done that, it’s a really smart B2B play as a brand. B2B is all about partnerships.”

“Having a new name that takes you out of the realm of a consumer offer and into one that speaks specifically to the advertising community, that makes a lot of sense,” said Rick Wise, the CEO of brand strategy firm Lippincott.