The Financial Times: Readers who comment are 7 times more engaged 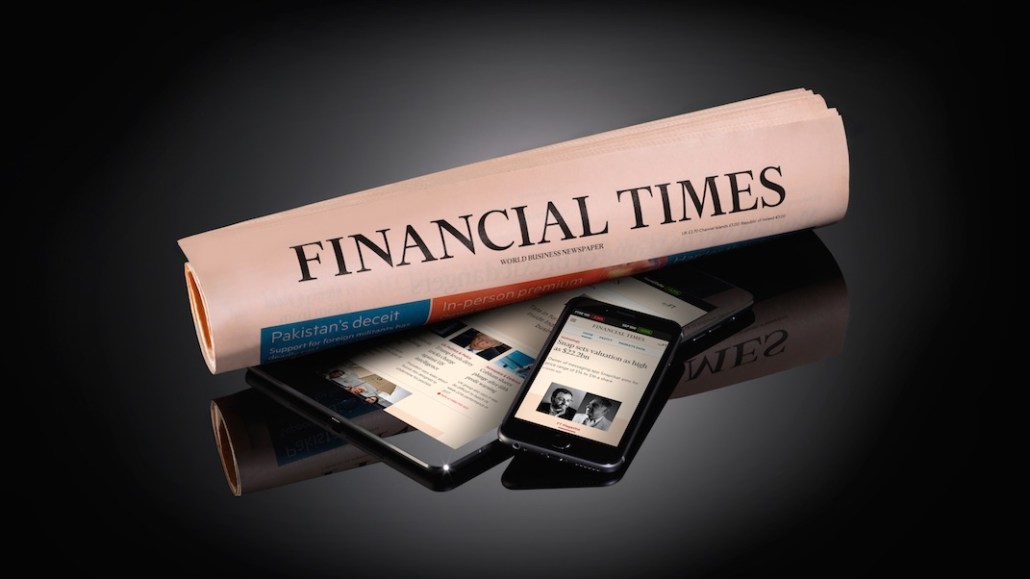 Commenters get a bad rap. At best, they’re trolls. At worst, they hide behind their anonymity to toss stinkbombs of hate speech at well-meaning writers. But the Financial Times has a different experience with its commenters: After spending months analyzing the behavior of people who comment on its site, the newspaper has found that those who leave comments read more articles, spend more time on site and come back to The FT more often than those who don’t.

The FT wouldn’t give out exact figures but said that commenters are seven times more engaged than those who don’t comment.

“There is an element of chicken and egg about this,” admits community manager Lilah Raptopoulos, whose aim is to encourage more active comment threads on site and to reach new readers to join the debate. Only those registered to The FT can leave comments — commenters don’t have to reveal their identity, whether they’ve simply signed up for a trial or are full-fledged subscribers (it has 647,000 digital subscribers). Ultimately, The FT wants to drive subscriptions, but working out how reader outreach fits into this is difficult, said Raptopoulos.

This year, The FT is running a series called The Europopulists, tracking the rise of political far-right groups in countries holding elections, including The Netherlands, France and Germany. Over the last 12 months, digital subscriptions in the Netherlands grew 14 percent (the overall subscriber base grew by 8 percent), indicating interest from a Dutch readership.

For Holland, whose voters went to the polls on Wednesday, The FT has been running a series of articles about the political landscape. It also partnered with Dutch daily newspaper Algemeen Dagblad to get responses from Dutch readers about how their political views have changed. It received 200 responses and published the most insightful. This article had 90 comments.

“That’s a solid number,” said Raptopoulos, who was reluctant to share the average number of comments across the FT.com, as these vary widely, with opinion pieces attracting the most comments. “The quality of comments was thoughtful, which is just as important as the amount, and they were mostly positive saying it reflected the political nuance.”

Since October, The FT has been running its biggest project to date around user-generated content. For The Future of Britain project, the publisher asked readers, outside of the paywall, to write their own 600-word opinion piece, answering one of four key debates about post-Brexit U.K., on the economy, immigration, the U.K.’s relationship with the rest of the European Union, or the future of the EU. It received 800 responses, from which FT editors and Brexit experts picked six winners and published them. The average number of comments per story within this project was 18 times higher than stories on the FT.com, and 80 percent more comments than other opinion pieces about Brexit, which fetch the most active comment threads on site.

According to The FT, an active commenter is a reader who posts more than one comment per week. As with elsewhere on the web, it’s a small number of people who comment the most. What the FT found more surprising was how many people read the comments without submitting their own, indicated by whether they have expanded the comment module on the page. Raptopoulos said that comment readers are six times more engaged than non-comment readers.

Digital-first publishers like The Information and Der Correspondent reward commenters, in some cases giving them biography pages and comment histories. The FT is working on how it can highlight the best comments elsewhere on site, putting that content front and center.

The FT disables comments on articles which have historically led to less productive chatter, previously this has been topics like Russian politics, climate change or Islamic extremists. But the default is that comments are on. In some cases, especially when journalists get involved, like on this piece about the failed deal between Kraft and Unilever, the comments section is a place to go to address aspects of the story the piece didn’t cover.

“They add value and insight, and personal experience,” said Raptopoulos. “It’s important in a civil society to be exposed to different viewpoints. There’s instances on social media when we’re shown more of what we want to hear; moderated comments are one place where people can actively contribute to discussions where they disagree with one another.”

Update: An earlier version of this article incorrectly stated that readers cannot remain anonymous when they post a comment.