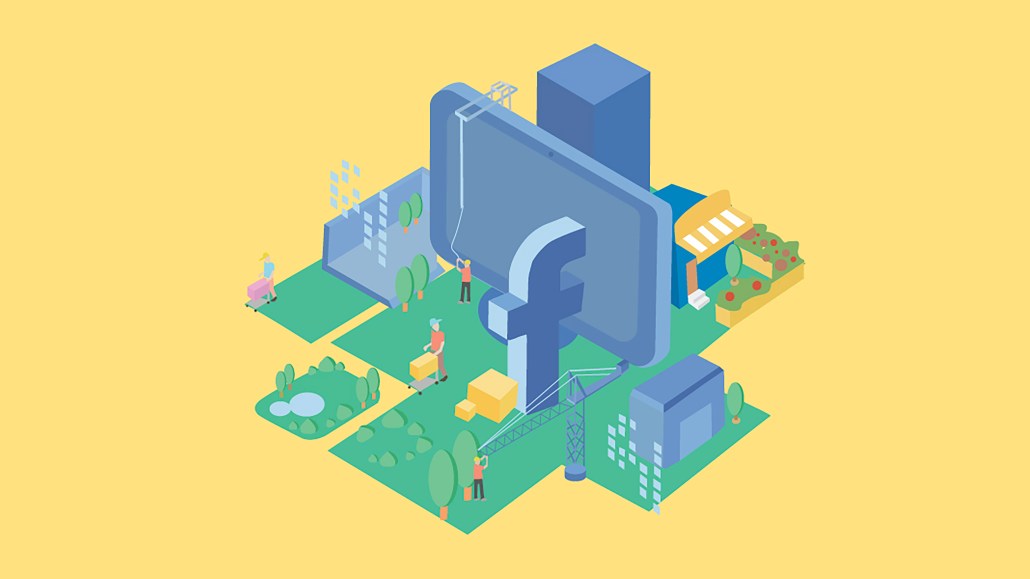 Facebook has hired one of its own harshest critics, Jesper Doub, CEO of German media giant Spiegel Online, to head up a new news media partnerships team that focuses specifically on news publishers and media owners. His job title will be director of news partnerships for Europe, the Middle East and Africa, and he will recruit a team, the size of which isn’t yet known.

Doub will be based in Facebook’s German headquarters in Hamburg and work alongside Patrick Walker, Facebook’s director of media partnerships for Europe, the Middle East and Africa, according to sources. Walker will now focus on partnerships with entertainment media owners, while Doub will handle news-specific organizations. Nick Wrenn, head of news partnerships in the U.K., will report into Doub. Both will report to chiefs in the U.S. Doub announced his move to Facebook in a post on his personal account on the platform in May. His start date hasn’t been released.

“Over the past years I’ve been both an outspoken critic of Facebook as well as a passionate contributor to the Facebook Journalism Project,” Doub wrote in the Facebook post. “I firmly believe that by working closely together, Facebook and news organizations can and will better understand each other and find sustainable solutions for trusted journalism leveraging Facebook’s products, capabilities and joint ideas moving forward.”

Publishers have often complained in Europe that Facebook’s local teams can’t give the answers needed because they’re not always aware themselves, with strategy and the product road map led from the U.S. The biggest publishers will get regular face time with Facebook local representatives, but smaller businesses are reliant on email updates — often sent the day before a product update — with no further context on why something was changed, according to publisher sources.

That lack of communication with news publishers is one of the areas Doub’s team will focus on, according to people close to the situation. Doub will also aim to be more of a bridge to the U.S., ensuring Facebook’s local European teams are apprised of all forthcoming product and algorithm changes that will affect news publishers, giving publishers more notice and context around why changes are being made, and informing publishers how they can make the most of tools and updates.

The timing of Facebook’s charm offensive is critical. At Axel Springer’s Distributed Content Summit in Berlin last month, publishers from across Europe congregated to discuss how to make platform publishing work. One of the takeaways was that Google is far more responsive than the rest of the platforms, especially Facebook, when it comes to listening to and acting on publishers’ needs, albeit discounting how it alarmed publishers with its late policy changes for the General Data Protection Regulation.

Mark Thompson, CEO of The New York Times, recently stressed that same point — that Google has been far more demonstrative of its efforts to listen to publishers, describing Facebook in comparison as “difficult.”

Part of the challenge is simply a lack of resources. In Europe, Facebook’s media partnerships team is still small — at around 25 people spanning multiple countries, including major cities such as Berlin; Madrid; Brussels; Paris; London; Oslo, Norway; and Stockholm, according to people with knowledge of the situation. In comparison, Google has been around longer and has a far larger European media team. Google didn’t confirm how many people it has working on media partnerships in Europe, but sources put the number at approximately 250 people.

“Facebook has to start rebuilding the [business-to-business] relationship with publishers,” said Oliver von Wersch, a Germany-based publishing consultant. “A lot of trust has been destroyed in the past months due to Facebook’s unpredictable and unreliable actions. That will be a long way to go and is not only a question of top management attention, but also of operative resources, required in the day-to-day management of cooperations.”

Publishers have long felt themselves to be on the short end of the stick when it comes to the trade-off between how much premium content to publish on Facebook and how much they can monetize it. Facebook is working with 12 publishers, including The Washington Post in the U.S. and Axel Springer’s Bild in Germany, to test how its Instant Articles product can drive subscriptions. So far the tests have shown that people who saw subscription offers via Instant Articles were 17 percent more likely to subscribe to those publications directly from Facebook than those who saw standard web links, according to Facebook.

Italian newspaper La Repubblica reported that its conversion rates on Instant Articles are twice what they are for a normal article in Facebook in the tests, according to the publisher. The next goal is to identify the users’ propensity to subscribe within organic traffic from Facebook, and use that as a signal to drive the growth of La Repubblica’s subscriber base, said Massimo Russo, managing director of digital at La Repubblica parent company GEDI Gruppo.

The subscriptions test hasn’t worked well for all publishers, however. Bild, for example, didn’t see much of an uplift. But the tests indicate Facebook is keen to listen to publishers’ needs. Facebook is also exploring how to help publishers grow their digital subscriptions businesses on and off the platform, such as testing a button on a publisher’s Facebook page that allows a publisher to promote its subscription offer.

“This [media parnterships] team has expanded consistently in recent years,” said Campbell Brown, global head of news partnerships for Facebook in a statement, “including the addition of analytical and operational support for our publisher partners, and engineers working directly with other engineers from news organizations. We continue to actively hire and grow the media partnerships team so that we can engage and better support even more publishers across the region.”

https://digiday.com/?p=293608
Most Read
Trending in Publishing in the Platform Era
Digiday Top Stories