Digiday Research: Where European publishers get their video revenues

Based on recent figures released by the IAB Europe and IHS Markit, spending on video advertisements is taking off in Europe. In 2017, the amount spent on video ads grew 35 percent over 2016 to reach $6.17 billion. Given that, we surveyed 65 European publishers last month to break out what platforms, owned and social, contribute what to their video revenues. Since Snapchat ended upfront licensing fees to Discover partners and Facebook Watch has yet to fully launch in Europe, the vast majority of revenues from the following platforms is from advertising.

Owned and operated sites generate the majority of video revenues for European publishers. Sixty-eight percent of the publishers surveyed reported making at least 50 percent of their revenue from their owned sites. 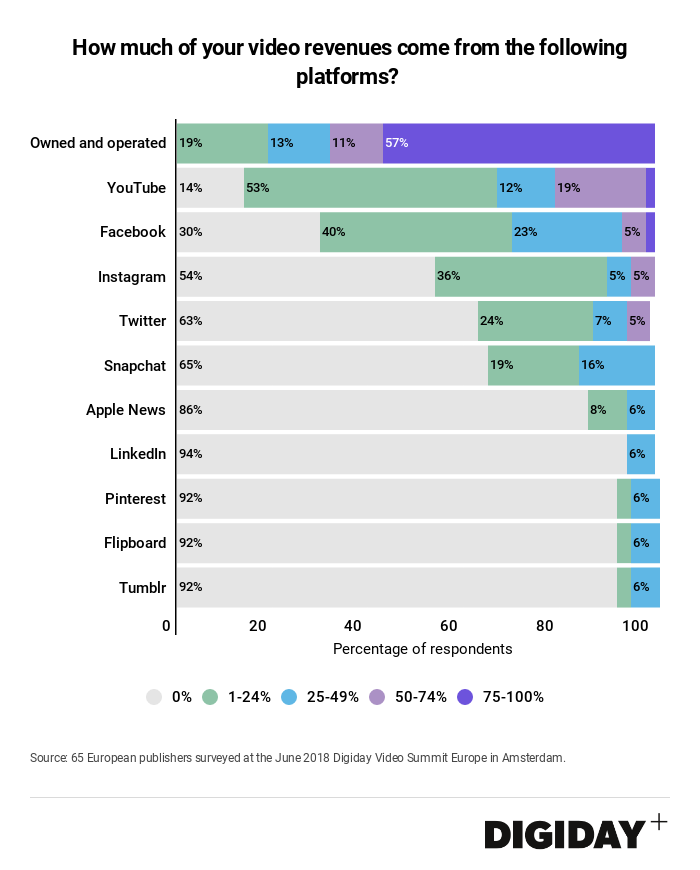