Publishers are turning technologies like artificial intelligence and content-curation vendors to create content at lower costs. Thirty-six percent of the 121 publishers surveyed by Digiday this month that are trying to costs said they are turning to vendors and AI tech.

The Associated Press used an AI product to help write articles covering quarterly reports and sports that increased the amount of content it created by 1200 percent while saving reporters 20 percent of their time. Using AI in the newsroom “is not about shedding humans jobs. We think of AI as complementary to our editorial teams,” said Jeremy Gilbert, director of digital strategies at the Washington Post. 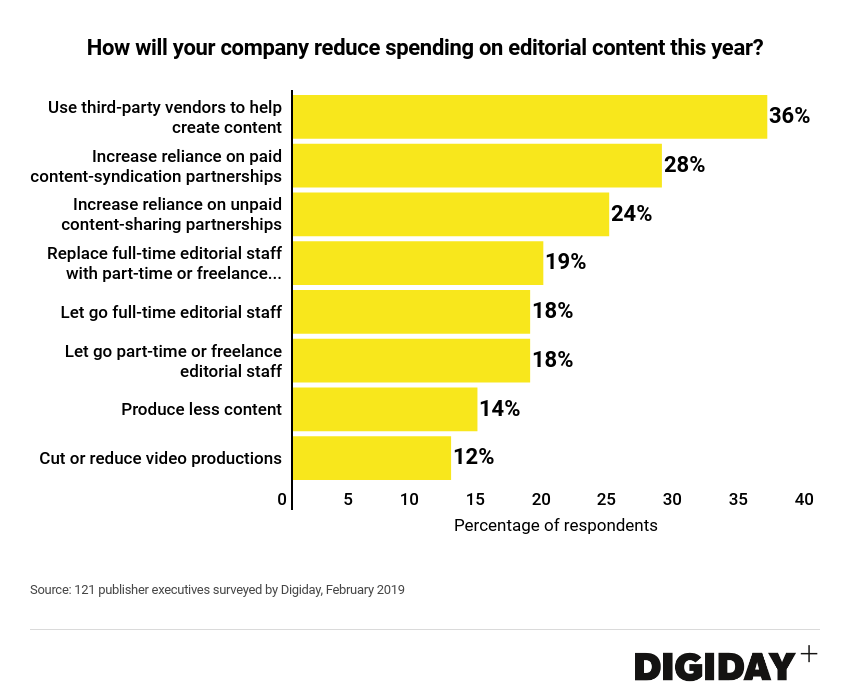 Content licensing and syndication deals with other publishers offer publishers an alternative strategy. Publishers receiving content can use that content to fill gaps in their coverage areas. As publishers work to increase the amount of content they produce to meet consumer demands, licensing and syndicating content can be an effective strategy to help meet that demand. But publishers are not limited to working just publishers. Though online portals like Yahoo and MSN are becoming less important syndication partners, platforms like Facebook are picking up some of the slack.