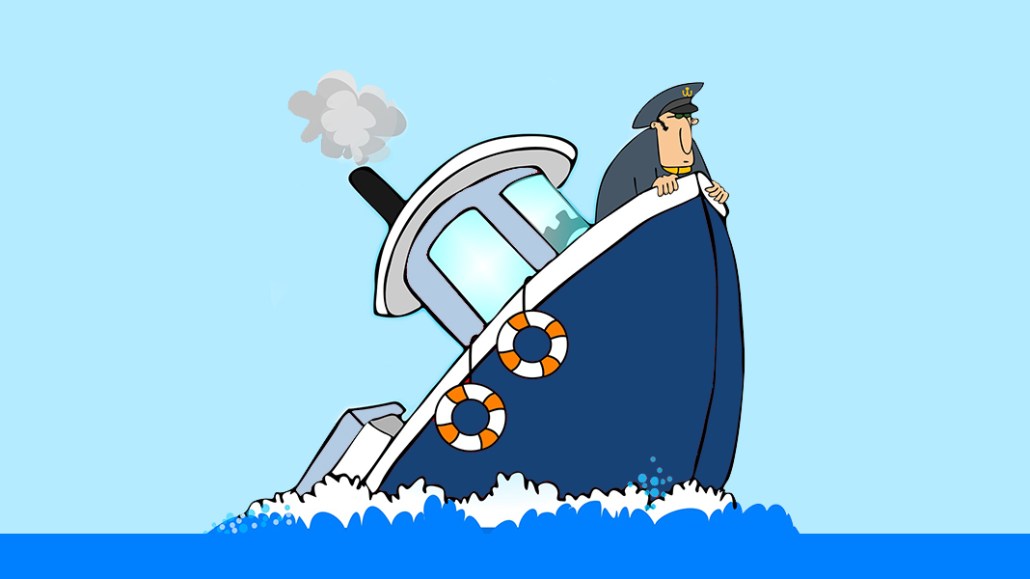 More money is flowing into digital media and advertising than ever before, yet the threat of consolidation and contraction across the industry looms large.

Around a third of staffers working at publishers, agencies and ad-tech and marketing vendors say they are concerned their company will undergo meaningful layoffs this year, according to surveys conducted by Digiday.

People at U.S. publishers were most concerned. Forty-percent of 187 U.S. publishing employees said they were worried about potential cutbacks in the coming months, while those at European publishers shared similar levels of unease with 36% of 103 respondents saying they thought jobs at their companies were at risk.

Meanwhile, those at marketing and ad-tech companies say they expect layoffs too, perhaps fuelled by news of Sizmek’s recent bankruptcy and ongoing consolidation in the sector. Of 53 marketing and ad-tech executives surveyed by Digiday this month, 34% said they’re concerned about the potential risk of downsizing at their firms.

Though layoffs are nothing new to agencies — where shifting client rosters can quickly leave scores of employees out of work — agency employees are still carefully looking over their shoulder. In a separate Digiday survey of agency executives this January, 30% of respondents said they would not describe their jobs as “safe.” Respondents at creative agencies were more worried about their job security than their peers at media agencies or multi-service agencies. 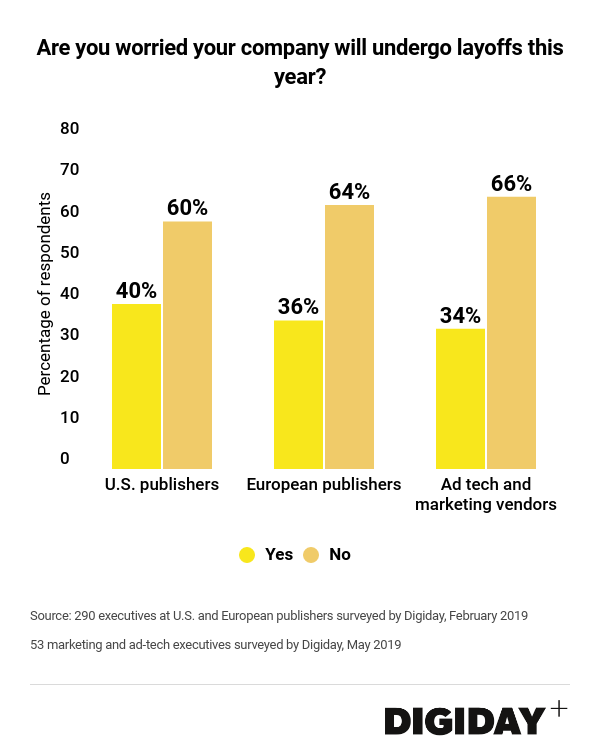 For those working at publishers, part of the concern stems from the volume of content that’s now freely available. “There are so many places for consumers to consume and interact with content. Publishers without a clear competitive advantage and loyal audiences are naturally going to struggle,” said Bill Bruno vp North America at D4t4 Solutions.

Ad tech and marketing vendors are facing belt-tightening thanks to pressure to connect with first-party data, as regulations like the General Data Protection Regulation Europe and the California Consumer Privacy Act seek to limit the amount of information they can collect from users. Browsers like Apple Safari and Google Chrome limiting the cookies these companies can collect certainly doesn’t help their data-dependent businesses.

Both publishers and ad-tech vendors face unique challenges, but they share a common hurdle. “There’s a fundamental challenge for companies in the digital space if you’re not named Facebook, Google, Twitter Amazon, etc,” said Rich Greenfield an analyst at BTIG. “The platforms are in firm control of the future of media monetization,” he added.

Elsewhere, marketing and advertising agencies are forced to confront growing levels of in-house marketing and increased preference by marketers for project-based work.

But according to some, there’s reason for those companies generating meaningful value and building sustainable businesses to be optimistic nonetheless. “It’s important to try and realize that there’s an opportunity for all sides of the digital media landscape,” said Bruno. “Publishers have the chance to find their niche and marketers and vendors are reorienting themselves to prioritize the client and the user. It might be tumultuous, but this will all benefit the digital ecosystem,” he added.