‘It’s the tip of the iceberg’: Sizmek saga spells trouble for ad tech 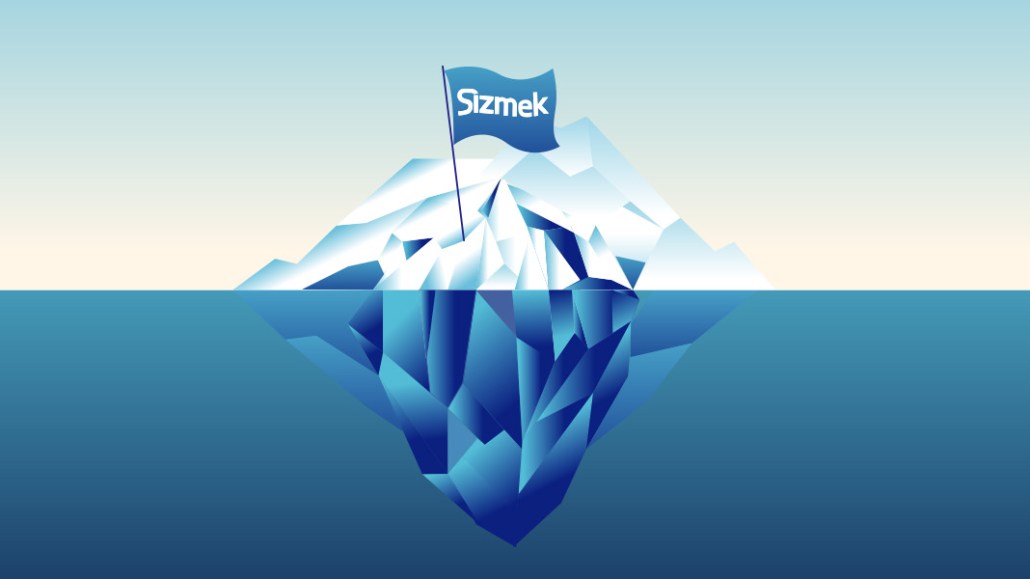 Fallout from Sizmek’s recent bankruptcy filing is far from over.

The company’s difficulties highlight deeper vulnerabilities in the ad tech ecosystem and how it is structured, according to ad tech sources. News of layoffs at other vendors such as mobile ad network Verve, and demand-side platform DataXu in the last few weeks, have compounded that fear. The moves have prompted further industry talk around who in the industry has potential unsustainable debt loads and whether ad tech investors are becoming more jittery. Some, like Zach Edwards, founder of analytics firm Victory Medium, are even drawing analogies to the collapse of the mortgage industry during the financial crisis. Many publishers are resigned to the fact they will likely be left holding the bag with bad debts, albeit not at a scale that could severely damage them, should Sizmek default.

“As unfortunate as the Sizmek situation is, I fear it is the tip of the iceberg” said Dan Wilson, CEO of London Media Exchange. “A dozen other supply-side companies must have exposure to other DSPs that themselves have significant exposure. It’s that kind of domino effect.”

Sizmek has reportedly regained access to its cash and resumed business operations, but whatever the outcome, several ad tech sources believe it won’t be the last DSP to falter.

“The news about Sizmek signifies a decline in the ad tech landscape as we know it,” said Amir Malik, digital marketing lead at Accenture. “Martech and ad tech are colliding, so end-to-end customer experiences with strong stack integrations are driving more holistic vendor solutions.”

That will in turn make the ecosystem more closed than before and reduce the independent ad tech vendor opportunity, he added. Meanwhile meeting the terms of the General Data Protection Regulation, plus the trend of clients pushing for more visibility of their ad stacks, will require more checks and balances on the ad tech and ad network players, said Malik.

“This is unprecedented to have a DSP default like this and may not be the last time it happens,” said an ad executive at an exchange. “I expect there to be one or two other defaults in the subsequent months due to the consolidation of DSPs into very large capital companies, as well as the pressure on the third-party cookie.”

It’s a zero-sum game
In the short term, there will likely be a scramble from SSPs and exchanges to avoid any similar future risk with DSPs. Several ad tech executives predicted that buy-side teams within SSPs will begin to more aggressively call in their invoices with other DSPs — to avoid being burned should they default.

“SSPs will clamp down on their credit and manage it more aggressively with the DSPs,” said a former SSP executive. “Exchanges who expanded credit out of DSPs in the good times, there will be pressure to bring that down.” Others may start doing more in-depth credit checks on other DSP partners or renegotiate payment terms, according to another ad tech executive.

More broadly, Sizmek’s crisis highlights a deeper issue: the cost pressures of ad tech vendor pricing structures. For instance, due to the cashflow set up and lengthy payment terms between advertiser clients and their agencies, SSPs at the other end of the chain can end up acting as the float for the agency holding groups and the advertisers, according to a former SSP executive.

Typically, clients pay agencies on average, 90 days after a project’s delivery. Agencies then pay the trading desks, which pay the DSPs. Usually, the SSP has invoiced the DSP with much shorter payment terms — typically 30 days, according to sources. Those SSPs that can offer publishers the shortest payment terms will likely end up with their business.

But this means an SSP can carry in the high tens of millions of dollars in working capital requirements every month. Not cheap. A go-to way to shoulder that additional cost is to take out short-term loans with banks to cover the cost. Those loans wouldn’t extend to when a DSP defaults, however.

Liability hot potato
Publishers that work with SSPs that are owed serious sums by Sizmek are keeping a close eye on SSP debt, in case Sizmek should still default.

Several publishing executives said that an SSP partner has tried to recoup lost revenue by shaving it from off the publisher’s net number.

“I have a feeling it’s a sign of things to come,” said an executive at the publisher. “It looks like this will lead to a couple of legal fallings out between agencies and their DSP and SSPs and publishers.”

Some exchanges have extended their payment terms by an additional 30 days, since the news of Sizmek’s bankruptcy filing emerged, in order to buffer the situation.

Generally, publishers are resigned to the fact that should Sizmek default, they’ll be left out of pocket because SSPs will pass the liability on to them. It’s fairly standard for publishers and SSPs to have a sequential liability clause in contracts, according to ad tech and publisher sources. That means if an SSP is owed money by another company, it doesn’t have to pay its own partners until it has been paid what it’s owed.

“Most SSPs try to absolve themselves of responsibility in the event of non-payment from buyers through sequential liability,” said an ad tech executive and former publisher, “despite otherwise owning transactional relationships and playing a unilateral role in checking buyers’ creditworthiness.”

Naturally, the cost will be spread among multiple publisher partners, so won’t cause serious damage to any one publisher’s bottom line. Still, they want to be clearly informed.

“I expect if Sizmek does default, that SSPs will try and quietly pass the burden to publishers through deductions that are hidden from immediate view,” said the same ad tech executive. “Even where a publisher has signed a contract which does now allow the vendor to pass, this deduction should be declared.”

This post has been updated to add attribution to the analogy of the subprime crisis.