Why newsrooms are enlisting data scientists 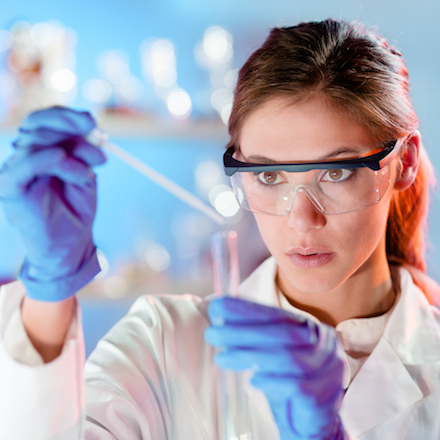 The rise of big data has made statisticians into celebrities — employable ones at that, as companies face an unprecedented onslaught of information.

Now, publishers are catching up. They’re hiring experts to help with everything from storytelling to subscriber retention to online engagement. Meet the media’s data scientists and what they’re working on.

The Huffington Post
With the 2014 election season already looming, The Huffington Post has hired its first full-time senior data scientist. Natalie Jackson, who has a Ph.D. in political science and came from Marist, will work with senior polling director Mark Blumenthal to help aggregate polling and forecast results heading into the 2014 election.

“In our sector, sites like FiveThirtyEight and The New York Times are investing a fair amount, and we felt like it was time to up our game as well,” Blumenthal said. “Publishers and journalists have had data scientists for a long time; it’s just that we called them pollsters. Computing power has advanced. Storage has advanced, and thanks to the Internet, we have access to data. We can do things that we couldn’t do before.”

Vocativ
Tech was an integral part of the operation at Vocativ when it launched in late 2013. The news site’s 50 or so reporters work with a half dozen analysts from private equity, NGOs and law enforcement work. They mine the so-called “deep Web” and parse data with a proprietary platform called Open Mind to come up with stories like this one on Ukrainian civilian militias that was featured on MSNBC, and this one on the link between strong female roles and movies’ profitability.

“We feel it’s the best way to get stories that other people don’t have,” said Markham Nolan, managing editor of Vocativ. “By using people who understand data, how to monitor very low-level sources, we can find very unique pieces of content.” About half of Vocativ’s stories are created this way; Nolan would like to see almost all have a data angle but says there will be “wiggle room” for stories that don’t. “To use data well, it has to add value.”

The New York Times
With advertisers buying fewer ads in print, The New York Times is leaning more on subscribers for revenue. Since launching its online paywall, its circulation revenues have surpassed advertising. To help, it hired Chris Wiggins as its first chief data scientist. Wiggins, who has a Ph.D. in theoretical physics, has a small team that’s applying machine learning to analyze what makes for loyal customers and keep them from dropping their subscription — work that was previously done by low-tech surveys. “Subscribers are telling you what they like about the content — you just have to listen,” Wiggins said.

Mashable
To support its mission to expand into general news, Mashable recognized it needed to take a serious mathematical approach to growing its audience. Enter Haile Owusu, whom it hired as chief data scientist last fall. Owusu, who has a doctorate in theoretical condensed matter physics, is now applying his abstract training to tech problems, which he called an “open frontier.” He spends much of his time working with Mashable Velocity, the site’s platform that scours the Web and predicts what’s going to go viral next. “We use technology to make humans better, and with the Velocity platform, we’re making huge progress on that path.”

The Wall Street Journal
Like the Huffington Post, the Journal also has been bulking up its newsroom’s data chops. The paper recently created a new team of investigative and data journalists and is expanding that team with additional reporters with data analysis expertise. In addition, Dow Jones has a team of data scientists that is slated to start working closely with the newsroom to analyze data for news stories, develop new ways of storytelling and strengthen the Journal’s investigative journalism, said Almar Latour, executive editor, who’s leading the newsroom’s digital transformation.