‘Dat cheeeeeeeze’: How publishers from the HuffPost to The New York Times are using Instagram Stories

Well, that didn’t take long. Not three days after Instagram debuted Stories, a very Snapchatty feature that allows users to share slideshows of images and video independently of their profiles, publishers of every stripe have pounced on the opportunity to show off some more off-beat storytelling sensibilities. There was a time when stodgy publishers would wait out new social doodads to see if they were mere fads. Those days are over.

Here’s a look at the dog pile.

Bloomberg
In the U.K. Bloomberg has done just one Instagram Story for Super Thursday, a quarterly event when the Bank of England announces its latest view on the state of the economy.

Bloomberg wouldn’t say how many views it got but said 28 percent of those who viewed watched the Story all the way through, which isn’t surprising given the format just came out.

“On Facebook, videos people usually watch for the first 15 seconds or so, then the viewership drops off a cliff,” said Kevin Young, Bloomberg’s social media editor. “We’re seeing much stronger results with Instagram.” 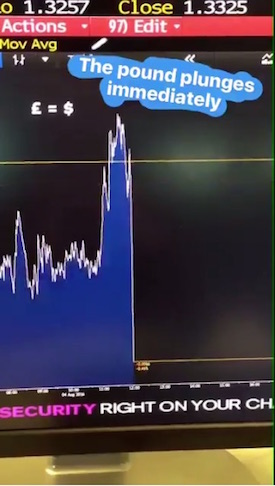 The format isn’t without its downsides: It’s labor-intensive, so Bloomberg will likely save Stories for specific events that it can plan for. Also, clips disappear after 24 hours, which can make it hard for the viewer to see them in sequence.

“That will impact the narrative, particularly if you are trying to tell one story over 16 different frames,” said Young. “Ideally you want to be filming everything live to then upload it together.” 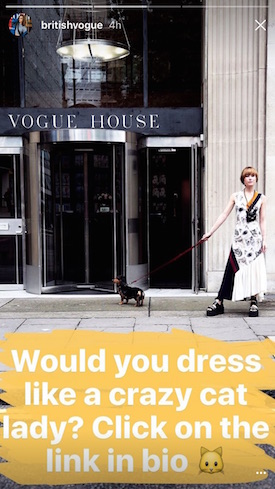 British Vogue has been posting short Stories each day, providing office tours and behind-the-scenes looks at fashion shoots. Posts related to the next issue usually do well, and similarly on Instagram they’re getting “tens thousands of views within hours,” said editor Lucy Hutchings.

“We have found that views initially appear to be higher for Stories than those on video posts and exceed the average number of likes we see on a photo post,” added Hutchings.

Al Jazeera English
At the other end of the length spectrum, Al Jazeera English posted a Story lasting longer than 40 clips of Mexico correspondent Adam Raney touring Mexico City. Out of the publisher’s 430,000 Instagram followers, 12,000 tuned in to the Story. It had a completion rate of 8 percent, compared to 50-70 percent for Al Jazeera’s videos on Snapchat.

“Right now, the view rate is painfully low,” said Ziad Ramley, lead producer, social media and platforms. “A lot of people have yet to update their Instagram app and get access to Stories.” The format also lacks the bells and whistles that Snapchat has, he added.

There are other limitations. Users only see Stories of accounts they already follow, and you can’t publicly comment on them. Publishers can’t download the number of people who view each clip and their usernames. Still, there’s more visibility than Snapchat.

New York Times
The New York Times’ Instagram stories have all been Rio-centric so far, a mix of still and video posts taken in and around the Olympics, from the buses shuttling press around to the pools where swimmers are gearing up for the games, which begin Friday night.

Followers of the Times’ Instagram account will recognize some of the photographs in their Stories from the account’s feed, like a photo of the American swimmer Missy Franklin celebrating with a fellow swimmer after an event. 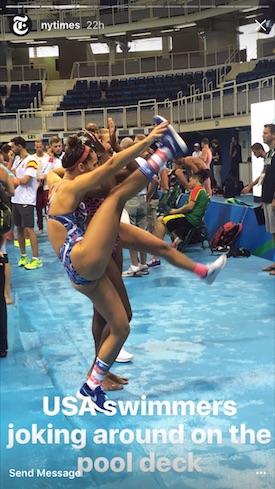 The Huffington Post
Any social media editor will tell you that each social media platform has its own language, whether that’s hashtags or GIFs. It can be tough for a publisher to figure out how literate to appear in a given space.

The Huffington Post has apparently decided that its first few Instagram Stories will be as irreverent (and unconcerned with proper spelling) as most Snapchat and Instagram stories are. A story posted Thursday celebrating Obama’s 55th birthday is defined less by the iconic images of the president than its hand-drawn captions and teenaged writing. 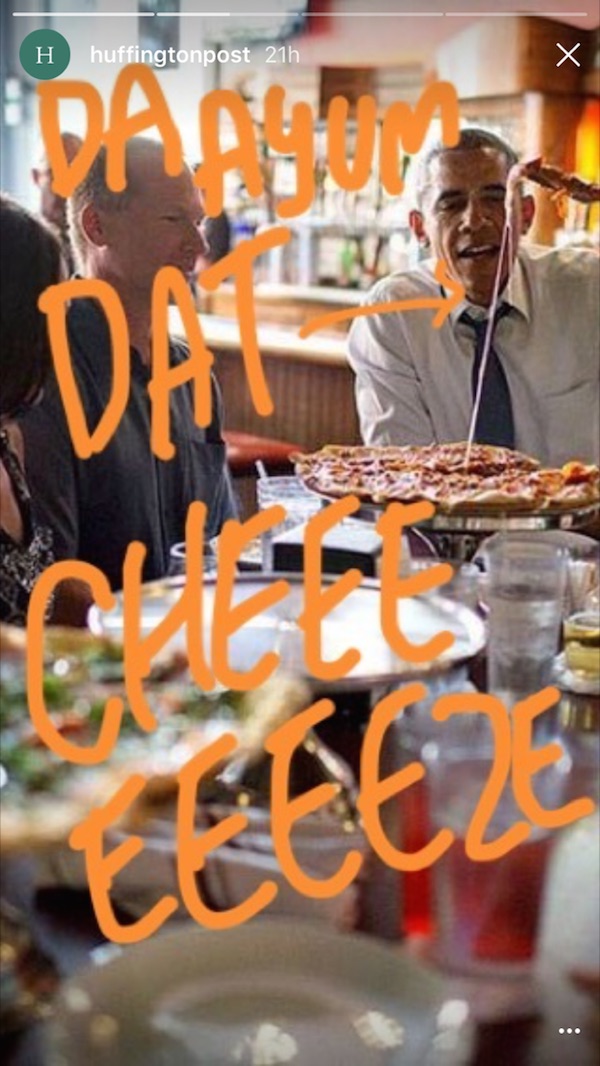 Bustle
It’s too early to tell how this new feature will fit into an increasingly crowded field of visual social media, but Bustle has high hopes for it already. Its first Instagram Story, about how to make Stories, got 75,000 views, and the women-aimed startup has already committed to two weekly shows on Instagram Stories. On Thursdays, The Reel Deal, hosted by associate editor Rachel Simon, will look at the most important movies hitting theaters that weekend. The second, Dating With Emma, starting Aug. 8, will focus on lifestyle editor Emma Lord’s search for a mate in New York City.