Cannes Briefing: The pivot to reality in the Riviera 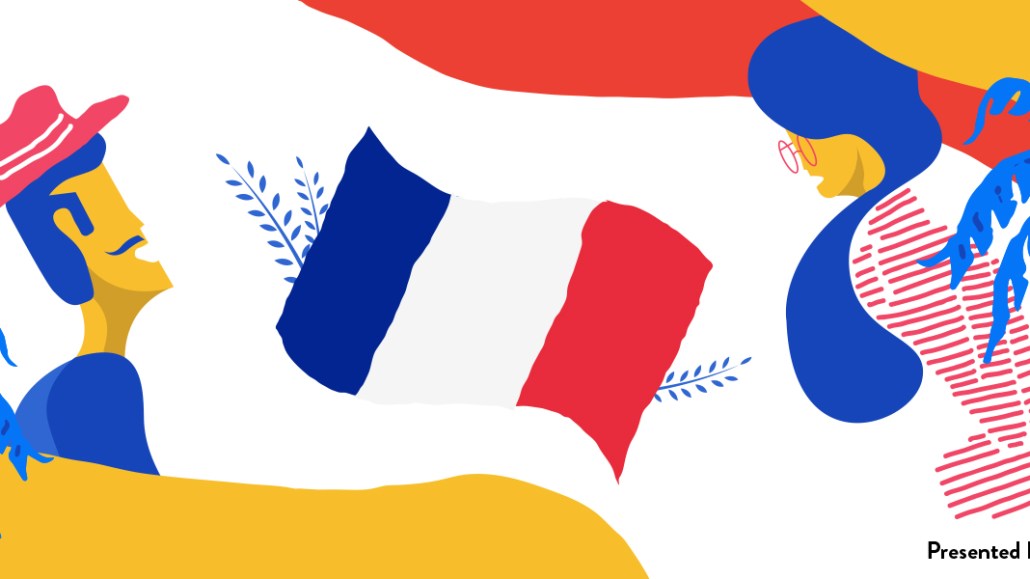 Cannes Lions is billed as a celebration of the industry and its finest creative work, but heading into this year’s festival there’s the distinct feeling the media and marketing worlds don’t have much to celebrate.

Attendees have complained for years that the festival has jumped the shark. There’s no doubt the slow influx of media agencies, clients, platforms and vendors has significantly changed the festival’s tone over the years, but it’s also added to the excess, as vendors splashed their VC cash on yachts and hotel suites, and Google and Facebook bought out half the beach.

But this year things are different. Few across the industry have anything much to shout about, and attendees can expect an overall more subdued affair as the the festival mimics the industry’s collective mood of uncertainty and reflection. Even Cannes organizer Ascential, which has minted money off Cannes sprawl, is in belt-tightening mode: Entries dipped by 21 percent as Publicis Groupe (mostly) boycotted the event and Cannes collapsed several categories.

After a tumultuous year of transparency concerns and continued disintermediation, agencies themselves are hardly in the mood to throw a party. Then-WPP chief executive Martin Sorrell argued last year that the festival had become “inappropriate” and “brash” given the challenges facing the industry. The holding company would continue to cut down on the number of staffers it sends, he said, having already halved its contingent to 500 in 2017.

And although it hasn’t pulled out of the festival as completely as it promised, a pared-back attendance from Publicis seems appropriate given its new leadership and ongoing attempts to recalibrate its business model. The industry will look on with intrigue as Publicis CEO Arthur Sadoun takes to the stage to unveil a demo of the Marcel internal collaboration tool it’s been working on for the past year. The idea is it will help the agency holding company move faster — a long-held demand of frustrated clients.

Meanwhile, platforms and technology companies are facing challenges of their own. Google has spent the past year grappling with ongoing brand-safety concerns across YouTube and its ad networks, and Facebook is facing more heat than ever over its use of consumer data. And to make matters worse, many marketers are increasingly questioning the long-term return-on-investment they receive from ad dollars spent with those platforms and actively looking for other places to spend.

The situation is arguably worse for smaller vendors and ad tech providers, many of whom are being squeezed out by larger players, running out of places to find funding, and feeling the brunt of GDPR. The vendor “shakeout” might not yet be in full effect, but it’s hard for those players to justify spending $150,000 on a week’s yacht rental given the fundamental questions now facing their underlying business models.

“I’d expect that marina to be a hell of a lot quieter this year,” one agency executive said.

Then there are publishers, many of which are facing business model challenges of their own. As they look beyond advertising and divert their attentions to consumer revenue streams such as subscriptions and ecommerce, a week in the Riviera with ad execs suddenly seems less essential than it may have done just a handful of years ago.

And finally there are the clients themselves. For them, what was once a fun week being wined and dined in the sun by vendors has rapidly become a stark reminder of the inefficiencies and transparency concerns they’re increasingly trying to stamp out, as they cut down the number of partners they work with and yank more of their marketing functions in-house instead.

All of this is playing into the hands of consultancies, of course, which will descend on Cannes this year in greater numbers than ever before. Don’t expect them to rent yachts or to throw lavish villa parties, though. Their pitches to prospective clients are likely to be more measured ones behind closed doors. Their pitch: We can help you get out of this mess without contributing to it.

Of course, the rosé will still flow on the Croisette this year, as will the villa parties and yacht rides to St. Tropez. But circumspection will be the theme of the week, as Cannes and the overall industry tones down the excess in favor of getting down to brass tacks. — Jack Marshall

Digiday’s team in Cannes
This week’s Cannes Briefing is brought to you by Digiday’s editorial team in Cannes: Brian Morrissey, Shareen Pathak, Jack Marshall and Jess Davies. Get in touch with confidential tips, feedback and invitations to fabulous chateau parties. Also be sure to follow us on Instagram, where we will document the absurdities of Cannes in a daily Instagram Story.

End of an era: The ad tech yacht flotilla thins
The power and influence of ad tech was on display the last few years in Cannes with the habit of ad tech companies to rent yachts for meetings, parties and putting up execs. This year, as the industry undergoes consolidation and uncertainty surrounding new data-protection laws, the ad tech yacht scene is more subdued.

Last year, at least as of Sunday afternoon, the ad tech presence was drastically reduced. Of the 18 boats with branding, half were from ad tech. Last year, there were at least 20 ad tech companies with yachts. (Note: Some boats are still being set up; we’ll have a full tally tomorrow.) Some of the ad tech players with boats: OpenX, Rubicon and Teads. Others include Accenture, FCB and, oddly enough, the Washington Redskins. — Brian Morrissey

Sponsor watch
Cannes is a good place to measure who is trying to make a splash in the market. Snapchat turned heads last year with a giant ferris wheel. With its stock down 21 percent compared to the start of Cannes last year, the ferris wheel is gone as is the ghost from the marquee branding on the Palais. Instead, Snap is opting for an art exhibit along the Croisette.

A major storyline this year will be the emergence of the consulting companies as credible rivals to ad agencies. IBM and Accenture both have giant branding on the Palais, while Accenture also has a yacht.

The Carlton Terrace, the nerve center for dealmaking in Cannes, is branded for the first time this year. (I’m not a Cannes Lions historian, but it’s the first I’ve seen sponsorship in a decade.) The sponsor: Condé Nast. Yahoo, on the other hand, is back to sponsoring the (in)famous Gutter Bar, with branding for Yahoo Sports. — Brian Morrissey

Digiday magazine’s Changemakers issue is here
Digiday magazine’s second-ever Changemakers issue is out, honoring those in the trenches working to change media and marketing for the better. For those not already members of our Digiday+ program — ahem, hint — we have complimentary copies available in Cannes. Pick one up at the Majestic, Grand, Carlton or Martinez hotels — or at one of our events during the week.

What it costs to go to Cannes
The French Riviera during the festival is still a place where it costs about 17 euros for a cafe au lait and a croissant. We asked multiple Cannes attendees across media and marketing to break down what it really costs to attend Cannes. 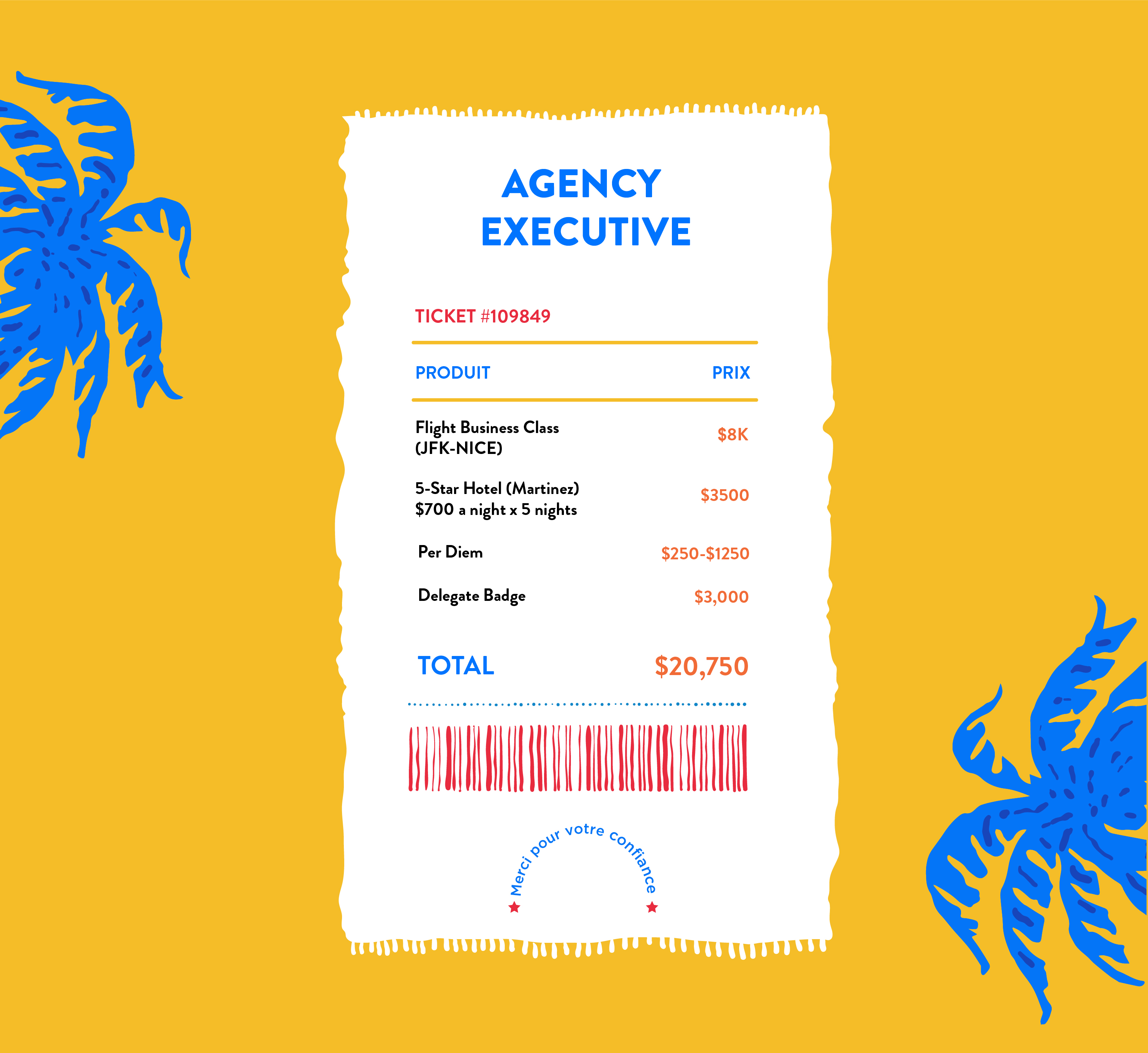