How Duracell is addressing its programmatic problems 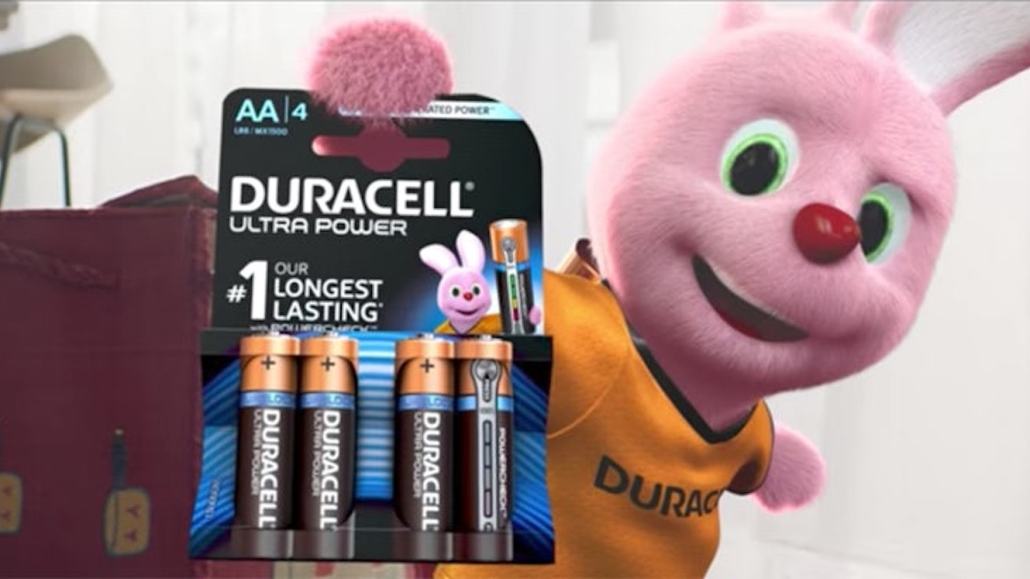 Duracell has come up with a key way to translate business metrics into success in the programmatic advertising ecosystem — a global digital scorecard.

Having one clear scorecard to measure all the brand’s online marketing outside of North America is a way to take the guesswork out of programmatic, said Jon Ones, head of digital for Duracell’s international markets. With one scorecard, Duracell hopes to effectively evaluate performance between different digital touchpoints, creatives and markets.

Still in its infancy, Duracell’s scorecard consists of what Ones calls “relatively simple” metrics that can be applied globally based on data from analytics and measurement company Moat.

Ones declined to specify exactly what’s on Duracell’s scorecard, but he said customer attention, content targeting and viewability are benchmarks. While the scorecard has the same benchmarks for all of Duracell’s markets, the company will account for local market conditions when assessing the performance of campaigns, Ones said.

For example, some markets are better suited for campaigns due to high levels of viewability and lower ad fraud levels. Other markets with less-developed programmatic landscapes pose a tougher challenge to reach acceptable levels of performance, particularly for viewability, for local campaigns, Ones said.

A good “hygiene” benchmark for the moment is ads that are above 80 percent in view, Ones said. Trying to always optimize for 100 percent leads to higher costs for ads that may decrease overall performance, he explained, but as the industry evolves, 100 percent viewability will likely become more feasible to accomplish. While Ones will pay more for quality impressions, he said both quality and pricing relative to business requirements must be assessed.

Global benchmarks aren’t new, nor are they necessarily innovative. What’s different with Duracell is it claims to have one transparent dashboard for all online marketing, underpinned by the same KPIs, dashboard and scorecard. It also owns the contract with its demand-side platform, and thus owns the data. “We wanted to consolidate everything into one platform, which gives you the reach and frequency management without having a data management platform,” Ones said.

Duracell buys ads through one DSP against a series of guarantees and bespoke metrics. Should ad fraud on campaigns rise above a certain percentage, then Duracell is guaranteed to be compensated, for example. For metrics, Moat is Duracell’s own independent auditor so that it can benchmark buys on its own DSP with those on another, like when it buys Amazon data sets on the Amazon Advertising Platform.

When Duracell has to revert to a platform it doesn’t own, the advertiser relies on its media agency’s contract with the likes of Amazon. However, Ones said the aim is to consolidate the vast majority of the brand’s media buys with one DSP to benefit fully from being in control of how its money is spent. “When you take a direct contract with a DSP, you ensure there’s no risk of media markups or hidden fees,” said Ones.

Consolidation might appear to be the right thing for every brand, but buying inventory varies across DSPs, publishers and market. The decision, therefore, depends on what the advertiser wants to achieve. Duracell wants to drive household penetration, so it tweaks its buys to reach the broadest possible set. “While we can’t customize our buys in the same way [as on local DSPs], as a CPG brand that’s focused on a penetration strategy, it makes sense to consolidate our DSPs into one, which also gives us the reach and frequency management,” Ones explained.

Duracell’s attempt to take control of its programmatic is similar to those of its former owner Procter & Gamble. While not as combative to agencies or as wide-ranging in its business as P&G, Duracell has achieved similar results — increasing reach on its campaigns, while reducing wastage, said Ones.

After an external audit of its programmatic setup last year, Ones said “at worst,” 20 percent of its initial ad spend may have reached consumers as effective media, in line with the rest of the industry. “In the main, we were best in class in terms of media effectiveness,” Ones said. “We want to be strong everywhere. What we’re doing now is more about having the right process in place to make sure that every single campaign is executed with excellence.”