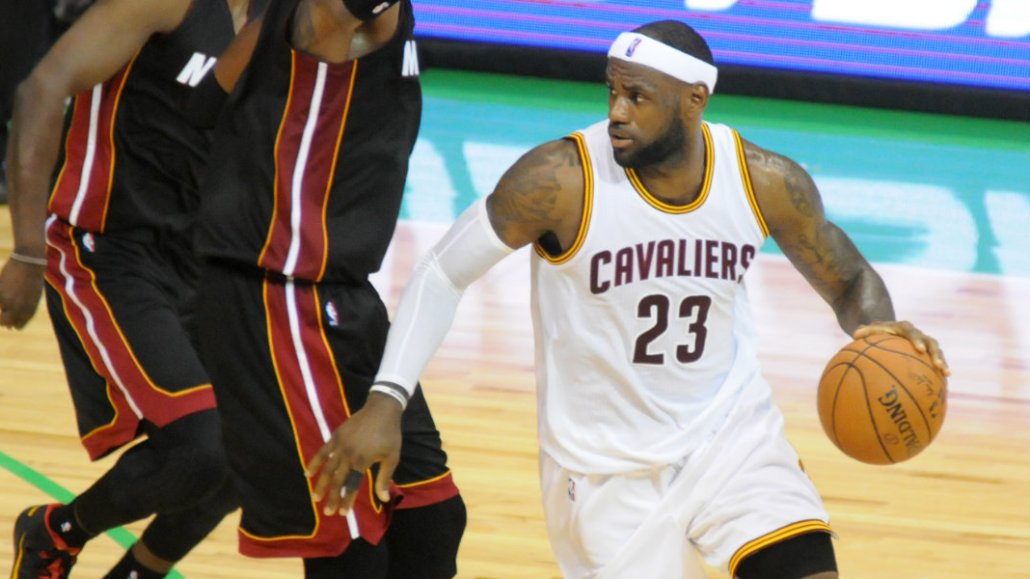 A week after the Cleveland Cavaliers traded Kyrie Irving to the Boston Celtics, the popular Instagram sports account House of Highlights posted an NBA clip featuring Irving and then-teammate LeBron James with the caption: “When Kyrie got the first flagrant foul of his career defending LeBron.” Irving’s trade ended a tense summer during which the point guard had demanded a trade, reportedly due to a desire to not play with James anymore. And yet, shortly after the clip was published, James endorsed it himself.

Naturally, people noticed. It’s a testament to how popular House of Highlights, a professional and amateur sports highlights factory run by 22-year-old Omar Raja and owned by Turner’s Bleacher Report, has become on Instagram. House of Highlights’ 6.8 million followers include big names such as James, fellow NBA superstars Russell Westbrook and Chris Paul, and even Drake — who probably wishes he played in the NBA.

Those big-name followers, along with the views and engagement House of Highlights gets, are exciting, said Doug Bernstein, vp of social for Bleacher Report. “LeBron, Westbrook, Chris Paul, people in hip-hop, they engage with this account, which is impactful,” he said. “It’s curated cool, a place where you can collect interesting and cool sports videos and put them in one spot. That’s what’s creating culture.”

House of Highlights aligns with Bleacher Report’s push to become a lifestyle brand, as CEO Dave Finocchio said on the Digiday Podcast.

House of Highlights netted more than 400 million views on Instagram in July, according to CrowdTangle, a social analytics tool owned by Instagram parent Facebook. In the past 12 months, House of Highlights has accrued 3.5 billion views, surpassing competitors such as the individual accounts for ESPN, Fox Sports and Bleacher Report.

The account got 500 million interactions in the past 12 months and gets an average of 225,000 engagements per post today, making it one of the top 40 most-engaged accounts on Instagram, according to CrowdTangle.

Bleacher Report acquired House of Highlights 18 months ago, but Raja still runs the account. He gets as many as 400 submissions daily from users showing off their latest trick shots and impressive athletic feats. Raja also has access to NBA, MLB, college basketball and college football clips that Bleacher Report — through Turner — has digital rights to.

“Bleacher Report has a highlights team that’s ready to cut clips whenever we see them during the games,” Raja said. “So if I see something I like, I message the highlight room and ask them to cut a specific clip for me from the game. I do not have to clear with anything with Bleacher Report first. They let me be me.”

If Raja wants to use a highlight clip that wasn’t submitted directly to him by a user or one that Bleacher Report doesn’t have the rights to, Bleacher Report seeks permission from the clip’s owner before posting, Bernstein said.

Some of House of Highlights’ popularity can be tied to the fact that the NBA is huge on Instagram, something Bleacher Report and ESPN have cashed in on for well over a year. According to Bleacher Report, 60 percent of House of Highlights posts this year have been NBA-related, with these posts averaging roughly 150,000 more video views and 15,000 more engagements per post than NFL posts. (This could partially be because the volume of NBA-related posts far exceeds NFL-related posts on the account.)

“NBA players all have their own personal brands,” said Raja. “Russell Westbrook could have a normal dunk, but the videos perform well because they’re active on Instagram.”

In the past 12 months, Bleacher Report has also started to make money off House of Highlights, distributing sponsored videos by brands such as Netflix (for its football documentary “Last Chance U”) and Jordan Brand. Here, Raja decides which footage makes the most sense for the account.

Editorially, House of Highlights remains distinct from the Bleacher Report brand and tends to reflect Raja’s own perspective and can be less polished, owing to its user-submitted content.