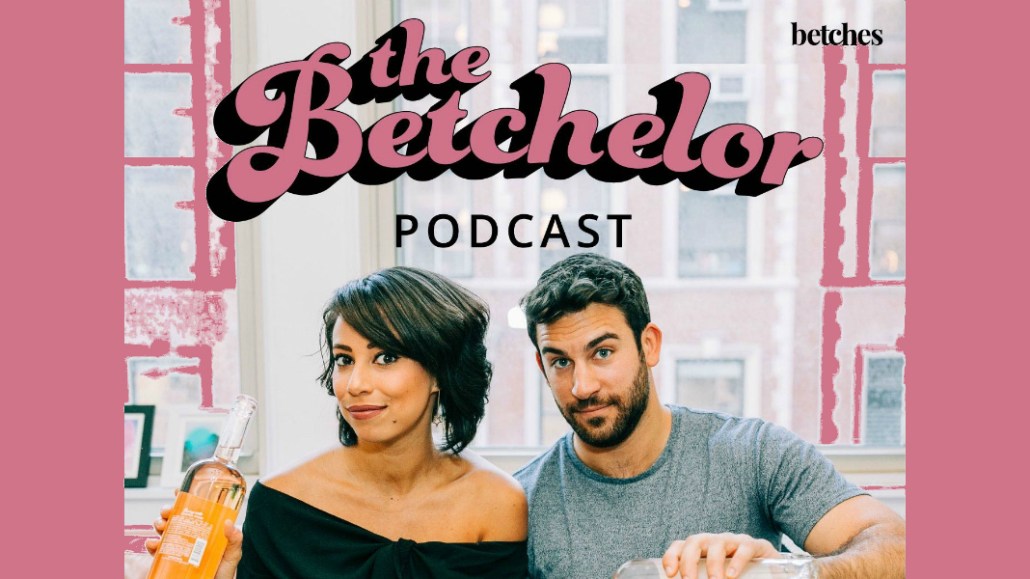 Betches Media capitalized on the appointment-style viewing behavior of “The Bachelor” fans this month by creating a weekly interactive quiz game to accompany its “The Betchelor” podcast.

Created by Betches’ editorial staff and sports gaming producer FanHub, the new game, called The Betchelor Fantasy Game, includes questions like “Will the girl who gets the first impression rose make it to hometowns?” Every week the participants submit their answers with predictions before the airing of new episodes of “The Bachelor.” The player with the highest number of correct quiz answers each week will win $25 to use at Betches’ commerce store. At the end of the season, one grand prize winner will earn $250 for purchases at the Shop Betches store, a Betchelor jersey and a prize package from the exclusive advertiser, the snack vendor SkinnyPop.

The Betchelor Fantasy game features SkinnyPop branding, but no other on-page advertising. This branding extends Betches Media’s relationship with SkinnyPop from its exclusive sponsorship last year of a whole “The Betchelor” franchise, including a special podcast, as well as website recaps of “The Bachelor,” dedicated Instagram channels, a newsletter and a private Facebook group — all covering the broadcast TV show.

So far, more than 13,000 people have registered to participate in Betchelor Fantasy; Shoshannah Cutler, Betches’ vp of brand partnerships, said that this figure is more than the campaign engagement goal set by Betches and SkinnyPop to attract 5,000 to 10,000 participants. FanHub reported that thus far that 85%, or 11,150, of the registered users have completed making preseason picks.

An advertising campaign, run by a small independent media company like Betches Media and built around content that draws high viewer interest, can become even more valuable if the level of engagement is measured by going beyond social media activity, said Cutler.

“For us, it was a really interesting way to form a new kind” of return on investment for advertisers, Cutler said. “We know when you’re in a social [media-] first environment with custom content, it’s a little bit more difficult to track that. We wanted to constantly prove to [the client that it was] getting the ROIs,”

The initial idea to create the ad campaign came from the fact that Betches.com’s recaps about “The Bachelor” received three times the number of views as the other entertainment show summaries on its site. In 2019 SkinnyPop signed up to be the exclusive partner for “The Betchelor” podcast and the Betches.com posts about “The Bachelorette” and “Bachelor in Paradise” shows.

Cutler said the Betches team noticed that viewers of “The Bachelor” consume the show like sports fans, not wishing to miss watching the episodes live. Because of this, her team wanted to explore creating something like a March Madness-style contest that would promote audience engagement throughout the season.

For 2020 SkinnyPop increased its advertising budget on Betches Media 12.5% over its 2019 participation. Betches declined to share additional revenue figures.

Betches Media, founded in 2011, now has 29 full-time staffers. The company has a total of 8.1 million followers on its nine Instagram channels; its primary Instagram account has 6.8 million followers. During 2019, Betches said, its website drew on average 2 million unique visitors each month. Comscore says the site got 250,000 unique monthly visitors on average from March to November 2019. Betches said that this discrepancy is because Betches does not have an official arrangement to report its figures to Comscore.

“The tentpole platform gives you the unique opportunity to define your brand the way you want to,” said Jesse Purewal, a partner at brand consultancy Prophet, referring to “The Betchelor”-focused campaign. “For year one to get the program off the ground, having one partner might be the trick,” he said, citing SkinnyPop’s early participation.

Over the long term, Betches might want to seek out other advertisers and sponsors, he added. “It would be great for them to figure out how to get a lot of organizations to drive that image further to a wider audience.”

https://digiday.com/?p=356536
Most Read
Trending in Beyond Ads
Digiday Top Stories