Beauty publishers are widening their scope to focus on inclusivity 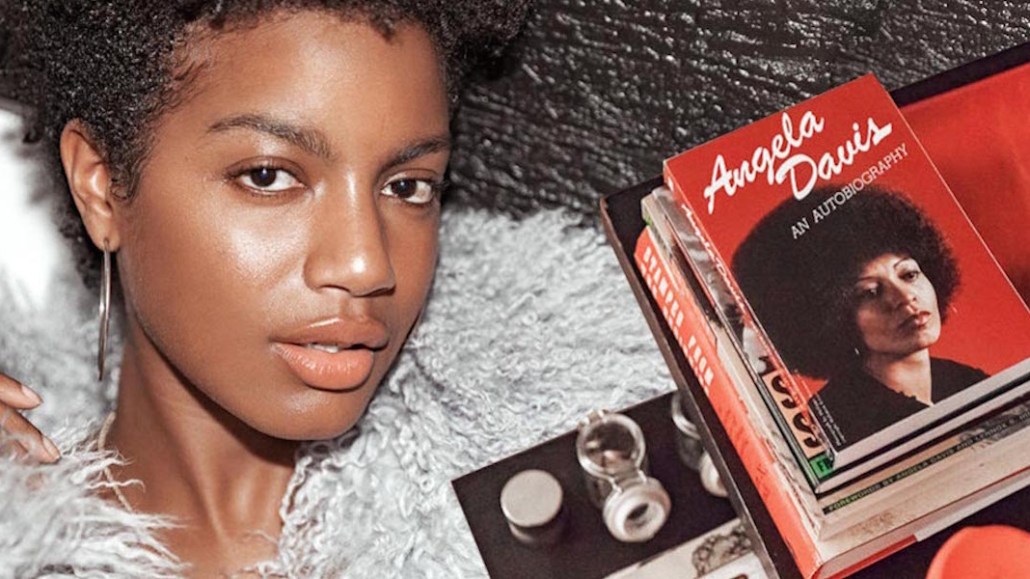 As they say beauty is more than skin deep.

A shift is taking place across women’s publications today, in which beauty content has evolved from focusing on the strictly superficial to delve deeper into makeup, skin care and fitness as they relate to race, size, religion and sexuality. In short, it’s infinitely more inclusive.

Younger websites like Refinery29, The Cut, Racked and Into the Gloss have widened their lens, and some older publishers are following suit, as well. That includes Teen Vogue, which has been celebrated for its larger pivot toward political and identity-based subject matter, and Allure, which has made more-inclusive content a priority since Michelle Lee was hired as editor-in-chief in November of 2015.

“We know that ‘beauty’ is way more than fishtail braids and mascara,” wrote Byrdie’s features editor Amanda Montell earlier this month. “Beauty is identity.” She was introducing the beauty website’s new vertical, The Flipside — “a dedicated place for unique, personal and unexpected stories that challenge our society’s definition of ‘beauty.’” Authors thus far have identified as femme lesbian, vegan, Muslim and more, and topics have spanned plastic surgery to natural hair. Traditional beauty content, this is not.

Companies like Beautycon Media — a content creator that first launched as a conference series geared toward young consumers in 2012 — have also expanded their mission to focus on challenging traditional beauty standards and “redefining what beauty means.” All ages, races and identities are welcome, as are any so-called imperfections.

Racked has tackled how to approach hair dye as a woman of color, the best products for curvy girls to use when experiencing chub rub and how a Muslim woman reconciles her makeup use with her religion.

Refinery29 has published an overview of different braid styles, shared a piece by a new mother learning to love her stretch marks and highlighted the emotional experience of transitioning one’s hair to a natural state. Its new series, Power Faces, explores the relationship between powerful women and the makeup they choose to wear, or not.

“It’s a story about makeup, but we actually don’t name or photograph any products,” said the site’s beauty director, Cat Quinn. “Instead, the subject focuses on how their beauty look plays into their identity and confidence.”

Byrdie, for its part, has published a celebration of larger noses, a list of trans models disrupting the beauty space and a piece titled “Why Having a Beauty Icon Was So Important for My Femme Lesbian Identity.”

Likewise, Into the Gloss has highlighted topics like boy beauty, The Cut regularly features influencers and brands who are contributing to this redefinition of beauty, and Allure became the first mainstream U.S. magazine to put Muslim-American model Halima Aden (or any woman wearing a hijab) on its July “American Beauty” issue. In fact, five of Allure’s seven 2017 covers so far have featured women of color, a feat in an industry taking mere baby steps on that front.

Although this shift has been a long time coming, now’s as good a time as any. There are over 120 million multicultural consumers in the United States, with a buying power of over $3.3 trillion. Likewise, the LGBT cohort in the United States — which is estimated to make up 7 percent of the total population — boasts a spending power of over $917 billion. Those numbers are only expected to rise.

“Young consumers believe that brands have the power to better the world through social consciousness,” said Rachel Saunders, the insights and strategy director at the research firm Cassandra, which recently released an Impact report stating 65 percent of American youth ages 12 to 34 think companies, not governments, can make a bigger positive impact on the world. “Gen Z is the most diverse cohort in history,” said Saunders, “so companies that embrace inclusivity now will be better poised to earn their loyalty in the future.”

Photo from an Into the Gloss editorial on boy beauty

“For decades, [this content] was about comparison — an ideal of perfection that was homogenous,” added Elyssa Starkman, Beautycon’s head of content. “As we’ve been given more platforms both on and offline to explore the spectrum of what beauty means, it’s shifted the conversation to individuality.”

Indeed, many of the editors we spoke to called out social media platforms like YouTube and Instagram for being key drivers of this thematic shift, thanks to the way they’ve democratized how content is consumed and created. “They’ve fostered a millions-strong community that lets individuality and creativity shine, and it’s trickled over into editorial,” said Xue. “Who’s to say anymore what is considered beautiful and what isn’t?”

The highly politicized nature of the world we live in has contributed, too. “The last nine months have definitely inspired a new urgency for journalists — which certainly includes beauty editors and writers — to make sure that we are covering, exploring and celebrating every race, religion, age, sexual orientation and gender,” said Jenny Bailly, Allure’s executive beauty editor.

While beauty and larger world issues might seem like strange bedfellows to some, today’s editors see one as a more palatable entry point for discussing the other. “Beauty is a great vehicle for driving conversations about social change, because it’s accessible to everyone,” said Quinn, of Refinery29. It’s a topic that many argue lends itself easily to the bigger picture. “When we talk to Halima or [trans model] Andreja Pejic, or [boy beauty star] James Charles, or a young woman on a reservation in Montana about hair and makeup, we’re also having intimate conversations about where they’ve come from, what they believe in and how they interact with the world,” said Bailly.

Cover girl Halima Aden in the July issue of Allure

“We’ve received so many emails from people saying how much they’ve enjoyed reading all the stories in the hub and how they feel like they’ve found a space they can relate to,” said Xue of The Flipside.

Beautycon reported its engagement rate has doubled since pivoting in this direction, while Refinery29 has seen an increase in relevant searches, like those for natural hair.

“By directly reflecting what our readers look like and taking a good look at the issues that concern them, we form a different kind of connection that stands out from the crowd,” said Jessica Matlin, the beauty and health director at Teen Vogue.

All involved are confident this evolution is more than a fleeting trend.

“Fostering this mainstream conversation of self-expression and identity is here to stay,” said Starkman, of Beautycon. “It has to be, because we don’t live in a time where we can exist or communicate in silos.”