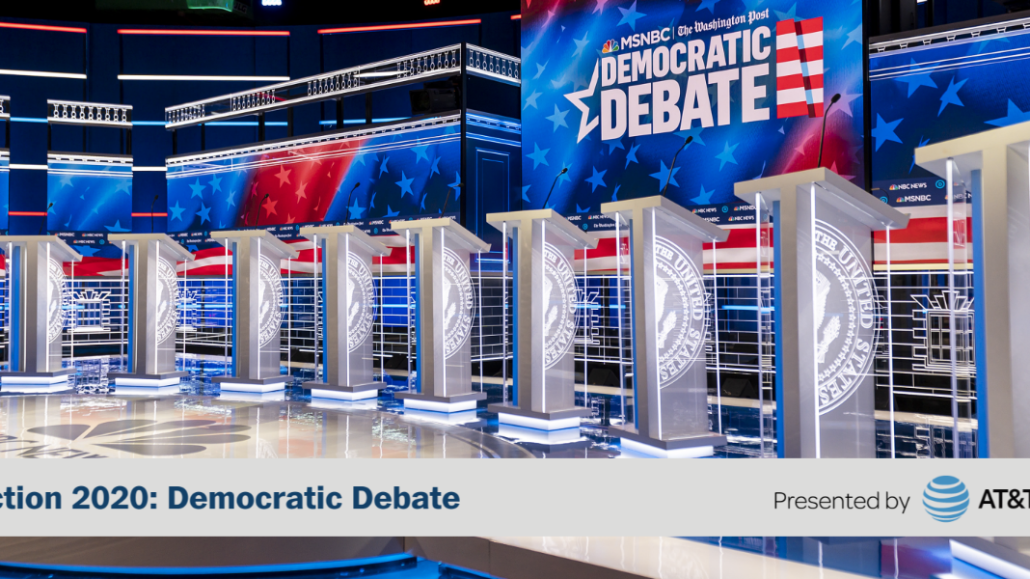 The Washington Post is using the old journalism maxim “show, don’t tell” in a new ad campaign for AT&T to hype the coming deployment of 5G technology.

AT&T outfitted The Post’s newsroom with 5G technology to test out the tools within its daily operations. So far, the partnership has yielded a livestream on the Post’s website of the most recent Democratic Debate in November. The broadcast featured AT&T Business branding and call-outs of the partnership during the debate.

The partnership between AT&T Business and the Post is set to extend through the 2020 presidential campaign, with one goal being a VR experience that places viewers on the ground at the upcoming inauguration. AT&T also established an innovation lab that allows the Post’s product team to innovate new uses for the technology, and then the Brand Studio documents the successful uses through story-based case studies.

As it tests and learns, the WP BrandStudio will then turn those case studies into a behind-the-scenes series documenting the partnership and distribute it like a branded content campaign. The hope, according to Joy Robins, chief revenue officer of the Washington Post, is that readers, particularly decision makers at businesses that AT&T is aiming to reach, will better understand how the technology can work within their own businesses. Robins said that the partnership with AT&T aligned with the Post’s goal of creating more in-depth partnerships with advertisers.

Other technology companies have also devoted chunks of their budgets to marketing the technologies that they’ve invested lots of resources into developing, and publishers see this as an opportunity to benefit. During the onset of virtual reality, technology companies partnered with publishers help launch VR labs and studios as a way to get their readers comfortable with the new technology. The New York Times, for instance, distributed 1.3 million Google Cardboard VR glasses to its print subscribers in 2015.

More recently, Verizon built its RYOT 5G Studio in Los Angeles that’s also aimed at using media partners, including its in-house brands HuffPost, Yahoo and TechCrunch, to create new formats and storytelling capabilities. The studio also partnered with USA Today, Reuters, The Associated Press, Time and NowThis to use the technology, such as producing extended reality news programming, within their own journalism as well.

Mo Katibeh, chief marketing officer of AT&T Business, said the partnership should not only allow The Post to create new uses and tools with the 5G technology but also market these innovations to business-to-business audiences. By reaching business decision makers that try to implement those technologies within their businesses, he said that it then trickles down to consumers, who will at that point be more comfortable and interested in what those technologies are.

“We can use test cases around 5G and AI to improve defect rates and user safety,” said Katibeh. “We’re interested in testing new formats, primarily,” continuing that the additional innovations will appeal to other publishers and companies.

This is not a new tactic for AT&T either. Fifteen years ago, he said the company’s subsidiary Cingular Wireless sent student journalists out to cover breaking news using only cell phones in order to show how these devices could change the future of journalism.

Tom Needham, executive director of The Business Journal’s content studio, said that while The Washington Post/AT&T partnership is unique in that the Post is serving as the test subjects within the case studies that the BrandLab produces, the essence of using a case study to take a storytelling approach within branded content can be very successful.

“When there is direct interaction with the brand in that story, that’s when you have a home run,” he said.

A previous version of this article incorrectly stated that The Post’s livestream of the November Democratic Debate used AT&T’s 5G technology.

https://digiday.com/?p=354313
Most Read
Trending in Beyond Ads
Digiday Top Stories