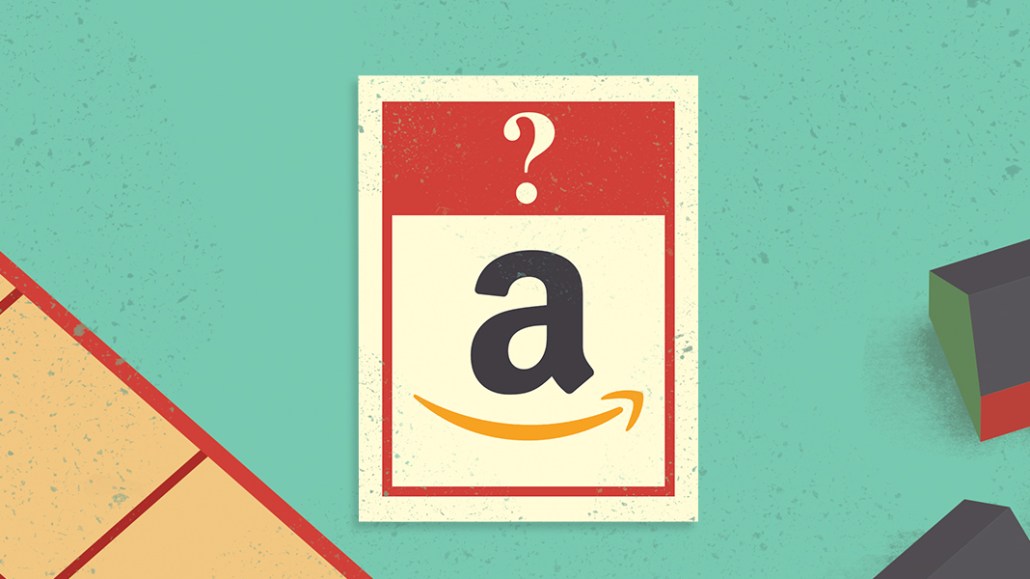 Amazon is more aggressively pitching its server-side header solution to U.K. publishers, but many are confused or unimpressed by its approach.

The e-commerce giant has provided publishers with header-bidding products for more than four years and revealed it was taking its header tag server-side late last year. U.S. publishers including Bauer Xcel Media and Meredith are already using Amazon’s server-to-server solution, with others interested in testing it. In the last six months, U.K. publishers have been contacted by the Amazon team more about using it.

Amazon wouldn’t share any details about the size and makeup of its U.K. A9 team, the group in charge of pushing publisher products of Amazon’s ad programs, though publishing sources are confident it’s growing.

“They’re plugging their server-to-server solution very hard. We’ve been chased by Amazon for the last nine weeks,” said a publishing exec who spoke on condition of anonymity. “They offer such great unique demand, so we’re keen to get it implemented.”

Header bidding has increased page yields for publishers, but it has scale issues. Only so many demand partners can plug in before page latency is affected, even with a wrapper. Server-side solutions remove latency headaches by unburdening the publisher’s header and pushing the auction onto a third-party ad server.

Server-to-server solutions aren’t as widespread in the U.K. as they are in the U.S., and Amazon is trying to capitalize on that momentum, targeting publishers that have or are seeking a server-to-server setup. Those with advanced header-bidding solutions haven’t received as much attention, given Amazon doesn’t like being within other vendors’ wrappers.

While some publishers are excited by what Amazon’s unique demand could offer them, others remain cynical about the trade-off. “So there’s a new vendor in town who wants to take control of our supply and decisioning — what’s new? This time it just happens to be Amazon,” said another publishing exec who spoke on condition of anonymity. “It’s not the start of the revolution; the paradigm shift will be stimulated by publishers taking back control for themselves.”

Publishers’ relationship with Amazon goes back years, with the retail giant helping monetize their editorial content with commerce and more recently letting them monetize on its voice-activated home assistant, Echo. Its push into ad tech makes it a front-runner to rival Google and Facebook for digital advertising spend. Amazon can offer differentiated demand compared to other exchanges in what’s become a highly commoditized supply-side platform space because of its mountains of first-party customer data, including shopping-intent data. Added to that, its server-side product could help publishers scale header bidding without causing page latency and integrate video inventory at scale.

But publishers are wary of the potential conflict of interest with Amazon buying and selling media, and whether it will be agnostic about its demand. “Only idiots will accept Amazon’s [ad tech] spiel without question,” said one publisher exec, speaking anonymously. “They need to figure out if they’re an e-commerce company with an ad tech platform or an ad tech company that’s owned by an e-commerce firm. Because if they’re a media-tech firm, that means they need to be totally agnostic with regards to demand, but they won’t give you a proper answer on that if you ask.”

Others said Amazon is unapologetic about putting its own demands first. “It’s very much ‘Our way or no way,’ which is fairly typical of the big U.S. tech firms,” said another publishing exec.

For now, Amazon doesn’t represent the threat to publishers as it does to broadcasters. What’s more, publishers are accustomed to frenemy-like relationships, which they already have with Facebook and Google, and many are interested in working more closely with Amazon. But unanswered questions remain, and they all center on conflict of interest.

“Any company that owns a media business as well as technology has an incentive to prioritize their own demand. However much those companies try to convince users of their tech that they are agnostic toward demand, the concern will always exist,” said another publishing executive. “The only way to guard against it is to use truly independent technology, which is easier said than done.”