Amazon-owned Twitch is expanding in Europe 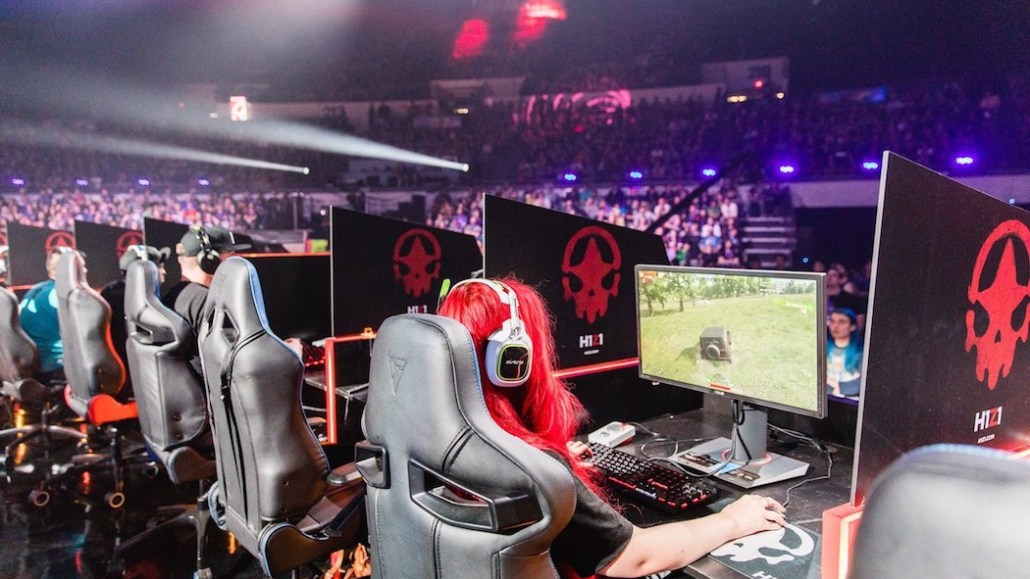 Twitch is flying under the radar in the U.K. as it prepares to push its ad business into Europe.

Despite the brand’s European headquarters in London being more than four years old, little is known about the team behind the site people go to to watch other people play games live. VP Steve Ford is the face of Twitch’s commercial operation in Europe, overseeing a sales team that doubled in size last year and “nearly doubled” revenue in the same period versus 2016. Like its commercial operation, Twitch keeps its commercial figures under wraps. But there are signs to suggest it is starting to gain traction on media plans outside of the U.S.

Searches are currently underway for commercial executives to join the team in London, including a director for a team that will broker deals with high-profile creators and creator networks across EMEA. Furthermore, it is building a sales team for its office in Hamburg, Germany, ahead of an office in Helsinki, Finland, later in the year. The Nordic region, according to Ford, represents “tremendous scale” for the business as a collective market rather than as individual countries.

Plans are also advancing to grow the headcount at the company’s content studio over the coming months following work with non-gaming brands like Kellogg’s. While non-gaming brands have been the bulk of Twitch’s ad revenue in the U.K. for some time, it is still seen as a platform with a niche audience by many. And yet, Macquarie Capital analyst Ben Schachter said 962,000 was the average viewership on Twitch last month, putting it on a par with the likes of MSNBC, CNN, Fox News and ESPN, per Business Insider.

Twitch’s perception problem — at least in Europe — stems from limited coverage of sectors outside those directly linked to gaming such as food and film. It is, however, trying to broaden its content range to include fitness, creative, music and others. Agencies anticipate more budget moving over as those content streams solidify and its sales team become more accessible.

The Twitch team is “very proactive” these days, said James Thomas, managing partner at Wavemaker. The team at Wavemaker no longer needs to seek out Twitch sales executives, continued Thomas, since they are regular visitors to the agency’s offices in London, “talking about upcoming releases before any brief comes through.” The pitch from those executives, Thomas continued, has moved away from selling large volumes of quality video inventory to delivering innovative solutions.

The prevailing wisdom among advertisers is Twitch is brand play, due to the high desktop focus and large player size. Newer advertisers to the platform are content to experiment, while the more experienced brands like Netflix and Activision go big and look to innovate.

First-time Twitch advertisers in Europe, the number of which Ford claimed “doubled” last year on 2016, typically run a video campaign on the site to test its efficacy. “Once advertisers see the performance of the video [campaigns] has done well, which they can independently verify, then they want to do more,” said Ford. Despite the momentum, which has seen Twitch’s European team grow from 230 staff in 2015 to 1,200 at the end of 2017, Ford knows there is still work to do.

Put simply the audience is there on Twitch for brands, but the ability to reach them cheaper on other platforms like Facebook still exists. Twitch has around 15 million daily users versus over 8 billion daily views on Facebook. So while Twitch owns a chunk of its users’ attention, its larger counterparts have better targeting and attribution.

Twitch realized it could do more to define engagement in its partnerships, acknowledged Ford, and started giving advertisers access to an internal panel of over 35,000 Twitch users, dubbed Twitch Research Power Group. Launched in 2016, the group is now being used by advertisers to gauge metrics such as brand affinity and likelihood to purchase. There are other ways of measuring engagement through likes and comments for video campaigns as well as affiliate links during influencer streams that direct viewers to Amazon — so marketers can track direct sales through the platform as a result. Understandably, it takes more work and a fair bit of back and forth to define engagement for partnerships with its content studio, according to agencies working with Twitch. By definition, those types of activations are all bespoke, meaning key success metrics need to be set on a case-by-case basis.

Changes are happening at Twitch to give it a larger role in owner Amazon’s ad burgeoning business, per Ad Age. Some of the executives interviewed for this article believe Twitch could be pulled into Amazon’s programmatic play alongside its other video properties such as Fire TV and IMDb.

“It’s my understanding that Twitch and Amazon work out of different offices and, to date, have never worked collaboratively on answering a brief,” said Thomas. However, the thought of having Amazon data integrated into Twitch makes for a “compelling proposition,” he explained, and would render it one of the “most powerful video buys in the U.K. for advertisers” targeting a male skewed youth audience.

Ford declined to comment on the prospect of Twitch being folded into video ad sales across Amazon’s owned platforms. But he did stress the need for the business to keep pace with clients increasingly capable of running their own programmatic campaigns.

He explained: “We’re increasingly seeing clients, particularly the global gaming publishers, build their own in-house programmatic teams and they want to work with supply partners that can deliver them reach and so we’ve had to build the technology to deliver that. As a by-product of that it means we’re able to offer programmatic buys in without a managed service in those markets like Turkey where we don’t have a local sales team.”

The picture is less clear on Twitch’s relationship with influencers. Some agencies like Social Circle are yet to see the site benefit from any blowback on YouTube following its decision last month to make it harder for influencers to make money. Whereas, others like Wavemaker have seen more influencers join as content on Twitch has diversified beyond gaming — this has allowed both existing broadcasters to express their other interests on the platform and enticed new talent from rival platforms.

The perception of YouTube as a supporter of grassroots creators is “diminishing” after they stopped smaller influencers from monetizing content, said Matt Donegan, CEO at Social Circle, which “could certainly damage the video site’s reputation and cause people to move over to other platforms.