Action Network CEO says sportsbooks are still spending big on ads, but with a conservative mindset 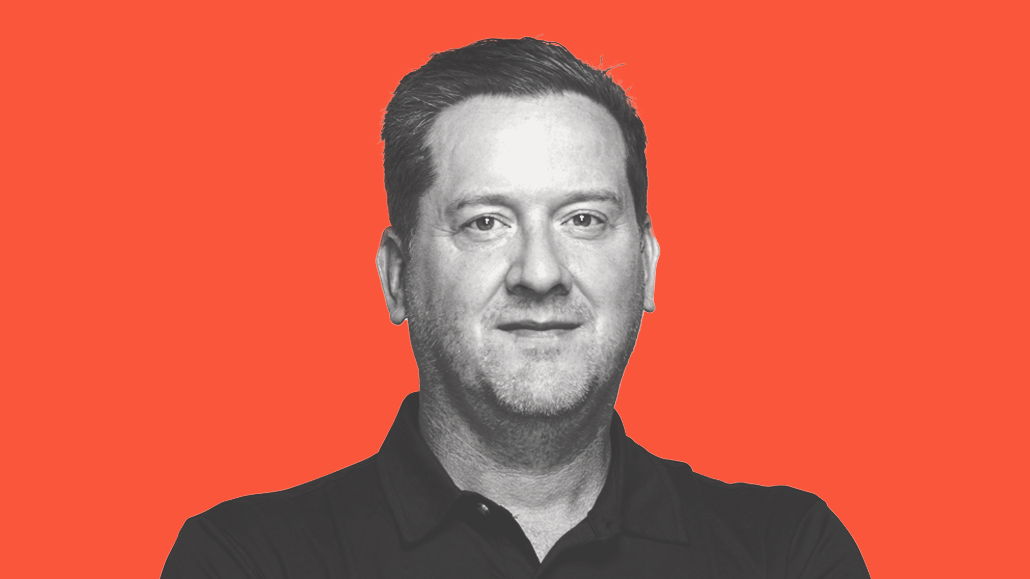 Sports betting is one advertising category that’s still spending strong despite the economic downturn, but the sportsbooks interested in acquiring new customers have started taking a more “conservative” approach to where they are directing their marketing as this space matures in the U.S., according to Patrick Keane, CEO of sports media company The Action Network.

Sportsbooks made a significant push into content over the past four years by acquiring and investing in sports media companies to tack their names onto and create in-house media outlets. Even earlier this month, casino and gambling operator Penn Entertainment (formerly Penn National Gaming) acquired the remaining 50% of Barstool Sports for $325 million, after first acquiring a 36% stake in the company in 2020.

The Action Network, on the other hand, was instead acquired in May 2021 for $240 million by Danish-based sports betting media group Better Collective, which is focused on procuring as many passionate sports bettors as possible to as many sportsbooks as possible in exchange for a higher cut of the profits.

This strategy seems to be working financially. The publicly held parent company recently reported its second-quarter earnings for the year, showing revenue was up by 40% year-over-year to €56 million (currently equivalent to $56 million at the time of writing). Also notably, the earnings call showed the number of new depositing customers (NDCs), a measurement used by the company to track how many bettors were referred to sportsbooks and subsequently deposit money in their accounts through Better Collective’s affiliate links.

To keep this on a positive trajectory, Keane said that conversations with sportsbooks have been primarily focused on finding the highest value sports bettor who is willing to play along an entire season. According to MediaRadar, the gambling and sports betting advertising category has increased money spent by 83% from the period of Jan. 1 through July 31, 2021 to the same period in 2022, exceeding $343 million. Within that, spending on digital formats increased by 77% while TV advertising increased by 83%.

They’re very purpose-driven, and we have purpose-driven users that these books understand. So they continue to invest.
Patrick Keane, CEO, The Action Network

Below are highlights from the conversation with Patrick Keane, which have been lightly edited and condensed for clarity.

Have sportsbooks been impacted by the recent economic downturn enough to reign in their acquisition budgets?

Keane: I look at us very similar to search. People talk about the challenge in the economy right now, and what’s one budget that really doesn’t take much of a hit? That’s your customer acquisition driven-type search. Search is at the bottom of the funnel. When someone’s doing a search for “Volvo lease,” that’s very different from the person that’s seeing a Volvo ad on television. They’re very purpose-driven, and we have purpose-driven users that these books understand. So they continue to invest.

[However] you can see it particularly in the public companies that are big spenders to acquire customers — companies like DraftKings and MGM and Caesars and FanDuel — all of those businesses have been pretty vocal about wanting to curb their spend and bring in more conservative acquisition [strategies] to the market. But that is also tempered against what is the reality of many large states becoming legal again. We now have 20 mobile sports betting states, the biggest one of which was New York. We’re going to have Kansas, Maryland, Massachusetts [and] hopefully California next year, so while all of these books are trying to be thoughtful and acquire customers profitably, there are still [a] massive [number of] states to go.

[Also], NFL and NCAA football really drive the horse when it comes to sports betting in the United States, so we know that books are going to spend and they’re going to spend aggressively because that September bettor that you acquire is going to be your most profitable bettor because they’re going to stay with you for the entire season. And ultimately, that’s the notion that all these books are really pushing towards is, how do I create a profitable acquisition source? And for them, that’s really going to be making sure that these users become profitable for them within two years.

What type of bettor is going to achieve that status of profitable within two years?

[Sportsbooks are] trying to acquire these users and create the lifetime value, as opposed to just [earning back] the $300 or $400 or $500 [they’re] paying to acquire the customer on a [cost-per-acquisition] basis.

We [have] the largest and highest intent sports betting audience probably in the United States, when you look at our users. Yes, there’s Yahoo and ESPN and there’s a lot of other places, but those are more casual sports bettors and ones that are probably going to be less profitable for the books than ones that are medium bettors or sophisticated bettors that [bet at a] higher frequency and [make] higher deposits. Those are users that are coming back.

How are you ensuring that those high value bettors are coming back to your platform and are converting through your content/affiliate links to your sportsbook clients?

We had a number of companies talk about acquiring Action 16 months ago [and] some of those were sportsbooks who wanted to lessen the cost of customer acquisition and have a more retained user. And the reality is, that was less exciting for us. We want to be Switzerland, we want to be able to have editorial impunity when we’re delivering on the customer experience to our users. If DraftKings paid us to own the entire share of voice of the site, and the only odds we were selling were DraftKings and the only content was driven towards DraftKings, that’s a crappy user experience.

Another important part of that is technologically. [We have] BetSync, where you’re able to place a bet in DraftKings or MGM or some of our other partners, and that is automatically synced in The Action app. So that’s an incredibly important thing because a lot of people who are betting and using multiple books are using Google Sheets to try and track their success — or in my case, failure — of their betting. So those tools and the ability to do it inside The Action platform and the ability to follow experts and friends to see what they’re betting on is a really important part [of keeping audience members coming back as well].

Given that sportsbook brand loyalty isn’t a top consideration among your ‘sophisticated’ betting readers, how are you still convincing sportsbooks to advertise with you?

When you look at the Penn National-Barstool deal as an example, you know, Penn was really thinking in two ways. One, the Penn brand really means nothing to the world, people don’t really know Penn as a national or even local brand in any way. So, barstool was a brand for them to invest in that had a user base that people understood, so the brand value made sense. But remember, the Barstool user is younger, less high income, and they’re more [they type to participate in a deal like] deposit $5, and will give you $20, as opposed to Caesars or MGM [that say] deposit $100 will give you a $500 kind of thing. So you know, those users are a little different.

We often do a lot of marketing on behalf of our sportsbook [clients] as well. We will create unique offers and market on Twitter, Facebook, Google Search and Apple to try and really acquire these customers. Again, this is really a content driven experience. If you’re going to read an article to help you make the decision on how to bet on the PGA Tour championship that starts tomorrow, Action [Network] is the place that you were able to have that experience, then hopefully, you’re going to become an even deeper user of Action, because remember, we also have the Action Network app. And that app has our most engaged users, it’s our most profitable users on our platform, and it’s the most fertile ground for our customers to acquire those users as well as on the sportsbook side. The ones that have the highest investment with us are going to get the greatest share of voice, but we work with all the books.

Has your revenue model changed at all as the sportsbooks you work with change their strategy?

The majority of our revenue still [comes from] the affiliate model. Subscription is number two and then number three is that sponsorship driven display. But also in that affiliate category, some of our partnerships are not just straight [cost-per-acquisition] or [lifetime value model]. Some components of media are part of that. So in addition to getting a certain fee for CPA and a certain rev share, maybe DraftKings will own our podcasts for the NFL season [or] maybe FanDuel will own our YouTube channel. We really parse our assets in that way. So the affiliate model, which is the predominant model for how we drive revenue, also has some portion of what I would call media.

Have you modified the pricing structure at all to capture better returns on a higher value bettor?

One part of our business that’s increasing [and] gives the books a little bit more comfort is the LTV model. We’re actually sharing in revenue that our users generate, which might take time for us to recoup as a source of revenue, but for them, they’ll pay that CPA, which can be anywhere from $250 to $500 and you’re going to profit together on the value of that user in perpetuity that you’re able to generate from your platform. So that gives you an opportunity to sort of maybe take a longer term view and less of a short term hit if you’re generating you a user as an LTV user versus pure CPA.

Think of loss as revenue. Over the course of their betting, those users’ losses [become a] discrete figure that is shared between the book and us. The book generates profit from a user, and we share in that.