The year in Snapchat advertising 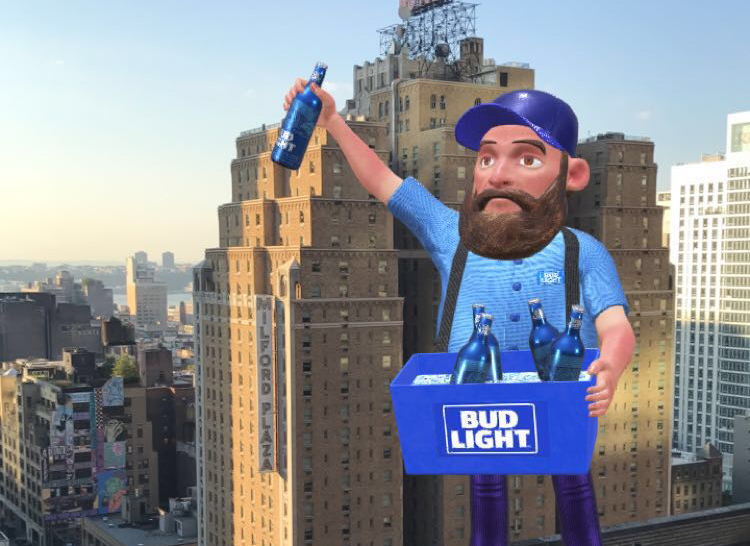 Snapchat had a tough but busy year. After a disappointing earnings call in November, ad buyers continue to reserve Snapchat campaigns for the “experimental” portions of their budgets, a slim 10 to 20 percent.

“While there are still a lot of strides that they have to work on as it relates to the performance marketing and direct-response side,” said Sherwin Su, social activation director at Essence Global, “their product development establishes a good foundation and signals they are continuing to add value for their core users, content creators, premium publishers and advertisers.”

Here’s a rundown of all the developments in Snapchat’s advertising in 2017:

Leaning into self-serve
Ad buyers agree that Snapchat’s best move of the year was introducing the Snapchat Ads Manager. In May, Snapchat began allowing ad buyers to run two of the platform’s ad units, Snap Ads and sponsored filters, via a self-serve auction. The platform’s third ad unit, sponsored lenses, must still be bought through the Snapchat sales team.

Although Snapchat lost ad revenue due to this new application programming interface as reported in the company’s third-quarter earnings, ad buyers applaud the tool for making it easier and faster to roll out campaigns.

“The rollout and consistent development of their self-serve buying API reduced the cost of entry, which has led us to see a slight decline in total spend on the platform for some of our clients,” said Brittany Richter, vp and head of social at Dentsu Aegis’ iProspect, “but it has also led to an increase in performance and trust on the platform, as well as in the number of brands investing and planning to continue to invest in the platform.”

In the summer, Snapchat launched its marketing mix modeling platform, partnering with third parties like Neustar MarketShare and Nielsen to measure marketers’ return on investment, a necessary move in the current transparency climate.

Aiming to be the finest in AR
Snapchat wants to be the platform brands turn to for AR. In 2017, there’s no doubt it has made more developments in this area than major competitors Facebook and Instagram. Marketers have begun to discover AR’s capabilities and are spending millions to experiment with them.

In the last year, Snapchat has made a number of AR launches, including branded 3D World Lenses, where users can place 3-D avatars into snaps. Bud Light was the first to test this, according to Snapchat, making a character that appeared in a commercial running at the time (a vendor selling the beer) virtual.

AR Trial Ads debuted in November, allowing brands to showcase their products virtually in the real world. BMW, for instance, presented a 3-D model of the new BMW X2 in the camera’s field of vision. This gives viewers a way to see the car within their environment.

Contrasting storytelling and instant impact
In the summer, Snapchat began to determine the impact Snap Ads have on users. Compared with sponsored lenses and filters, which lead to more engagement, Snap Ads are meant to serve as a jumping-off place and provide “instant impact,” according to Snapchat. In July, Snapchat launched three new types of Snap Ads to emphasize this: cinemagraphs, GIFs and still images, which are ads that appear for a few seconds.

In the last few months, Snapchat has increased the number of ways brands can tell stories in filters and lenses, introducing Promoted Stories, which give brands the ability to share up to 10 photos or videos as part of one Story, in November. HBO was one of the first to use the format, using six photos on Black Friday of the TV series or movies people could watch instead of shopping.

On Dec. 20, Snapchat began letting brands sponsor their own animated filters with graphics that move across a screen that users can snap and share. Dunkin’ Donuts is the first brand to use these filters, promoting its dark roast coffee on the winter solstice. In the coming months, advertisers will be able to use these branded animated filters to target based on age, gender, interests and even time of day.

Breaking into gaming
In 2017, Snapchat made progress with gamified Snap Ads, where users swipe up into a branded game experience, and gamified sponsored lenses. According to Snapchat, 2017 saw a significant increase in brands launching game-style ads. Brands like Gatorade, McDonald’s, Mars, Hershey’s, Grubhub, Moët and Hollister worked with Snapchat to run branded games — ranging from trivia to choose-your-own-adventure games — in an effort to drive more engagement on the platform. Gamified ads average over a minute of engagement time when users swipe up, according to Snapchat.